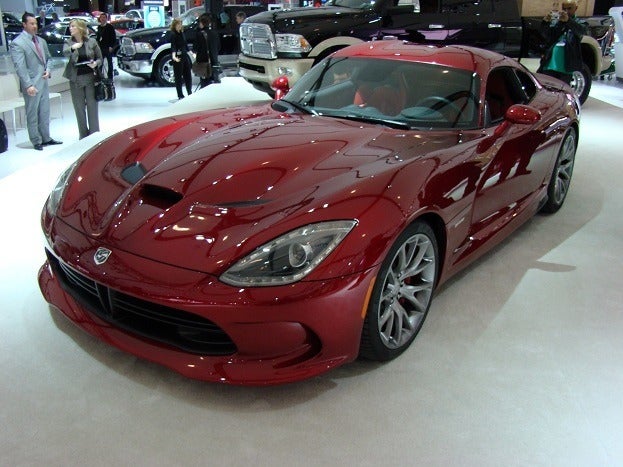 Last month, Fiat Chrysler Automobiles CEO Sergio Marchionne made a statement on the future of the car company. Capturing the most news is the timeline for discontinuing their value-leading Dodge Grand Caravan after 2016. A new Chrysler Town & Country minivan expected to use more Fiat global technology is expected to emerge in the near future. Also expressed in the news from an Investor Day event but going almost muted has been a decision made regarding the two-year old SRT brand. After the 2014 model year, SRT will no longer be used as a vehicle brand name and who instead merge the division into Dodge.

When Ford Motor Company and General Motors were deleting brands such as Pontiac and Mercury, Chrysler went against the grain of its Detroit 3 competitors by adding two new marques. The first being Dodge’s truck and commercial van business being spun-off into the new Ram brand name. For the 2013 model year, the return of the Viper supercar resulted in the creation of the SRT brand. Standing for Street & Racing Technology, SRT first appeared as a performance designation similar to the way Chevrolet used the SS badge. SRT badges were initially added to 2003 Dodge Neon and the Viper before expanding to Chrysler as well as the Jeep product line-up.

Chrysler‘s 2011 decision for expanding the SRT name into a separate vehicle brand was an ambitious move that had many Mopar fans expecting to see the creation of an expanded product line. While there were some hints at a smaller sports car similar to the Viper mentioned for the brand, many regarded a Dodge Challenger-style SRT ‘Cuba as almost a sure thing. Obviously, the short-lived SRT brand will remain a one-hit wonder. While SRT will remain a symbol of performance engineering in Dodge and likely Chrysler as a whole, the automaker is shuttering its first brand since Plymouth in 2001. Former SRT CEO Ralph Gilles will still be retained as Chrysler’s President and CEO of Motorsports as well as Senior Vice President of Product Design.

With the news, SRT brand’s sole product, the Viper, is returning to the pinnacle position in the Dodge line-up. The halo vehicle of Dodge from 1993 to 2010, it is reasonable to assume there is a warm homecoming for the Viper supercar.