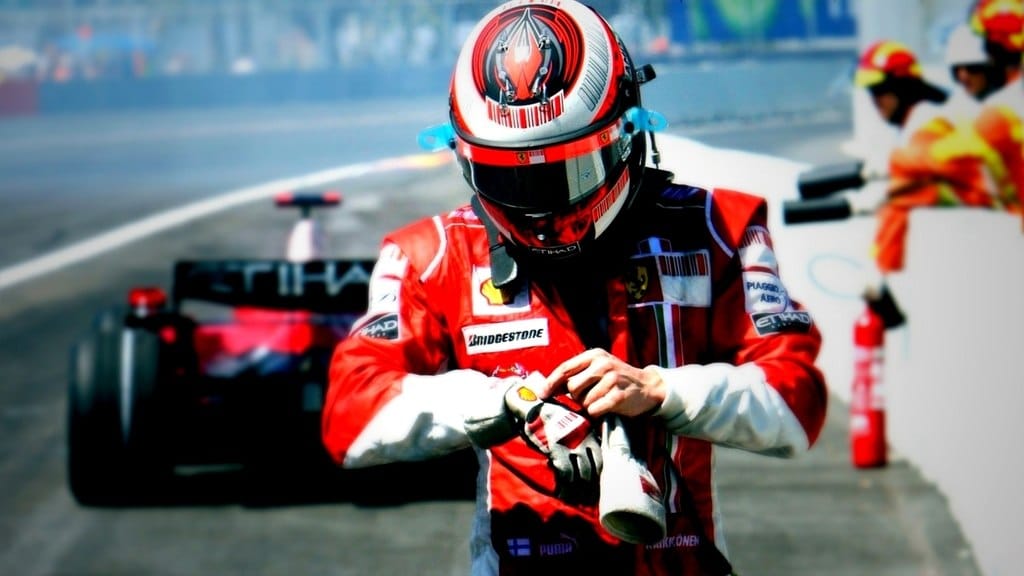 So, You Want to be a Race Driver? Here’s How… 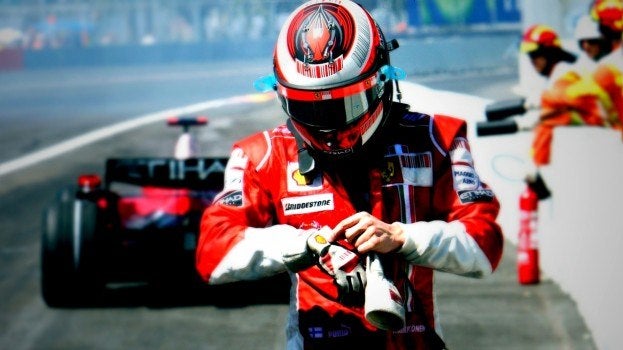 There are many car gurus, geeks, and enthusiasts out there who claim they eat sleep and breathe cars.  Some are DIY mechanics, some subscribe to automotive magazines, some attend local car meets, or lightly modify their cars.  Some of you are reading this right now…but for some of you it’s not enough.

For some of you the penny drops only when the green lights go up, when the pedals drops…not on the streets, but on the track.  Some of you get that sharp haunting feeling, the butterflies, when you think of stepping into that single seat, sinking down into the office, and feeling the car around you.

Gathering your thoughts, letting your mind flirt with the apprehension and fear for a few moments before dismissing everything but cold hard drive and calculation as you look at the individuals to your side going through their mental routine.  You are about to face others on track who dismiss all logical fear of consequence in the pursuit of victory.  Do you? 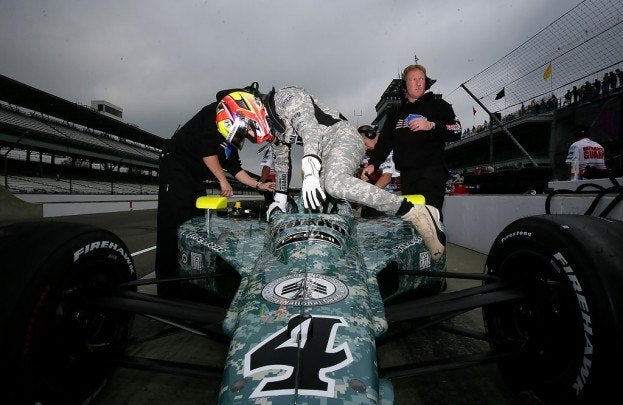 See, there is a big difference between owning a 911 or going to drift events when compared to racing.  So this paragraph forms the line between enthusiast, hobbyist, fan…and race driver.  Those of you who continue reading are the ones who want just a little bit more than to own a fast car and hit up a track day.  Anyone with money can buy fast cars and take them to the Nurburgring.  So what is the line?  What is the difference between a normal person and a racer?  Simple.

A racing driver does not drive as fast as he can.  He does not push his limit, he does not have a limit, per-se.  A true racer drives as fast as the vehicle underneath him can go, and knows only the limits of it, not himself. So this is you, apparently.  Well, what do you do…where do you go?  I am in no way a professional, or even semi pro race driver.  However a few years ago I decided that I was a racing driver and I have learned so much so quickly.  There are multiple ways to become a racing driver, all cost money, and few have any return.  I’ll break it down into three routes to keep it simple.

This is one of the obvious ways, and while I was in high school I thought it was the only way to become a racer.  I looked into it quite a bit and researched it, getting advice from many people in the business.  It is extremely expensive and doesn’t open up many doors.  Take Skip Barber for instance.  This is the information for the winter series. 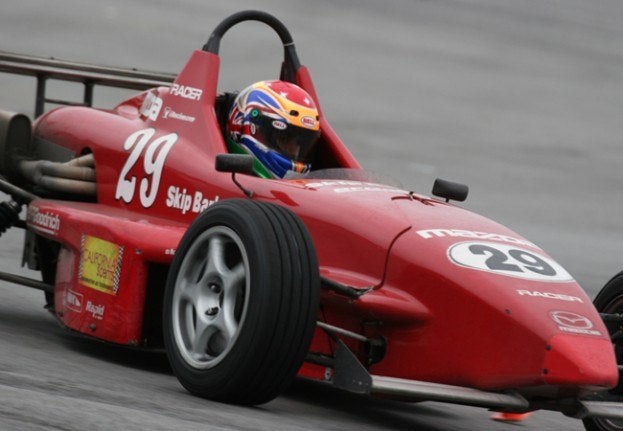 That’s after you have logged in $4,000 weekend course that serves as a prerequisite.  Just 1 race weekend to show up and drive is $3,800.  Now if you think this is your springboard to the pros think again.  When you show up with your $3,800 they throw you in any available car.  When Mr. Andretti shows up with his son and sponsorship money, they put Andretti Jr in a “special” well maintained car.  To put it simply, you aren’t getting the same equipment.

So let’s just say you have the money to blow, maybe you do!  You could use this for a little track time springboard towards several teams in National F1000 & F2000 series that will gladly take your money and put you in their car so you can race for real.  Ballpark… $8,000 for a test to make sure you aren’t a complete idiot, then anywhere from $100k to $250k for a season of actual racing.  Whether that’s from your wallet or you have gathered some sort of sponsorship, the team doesn’t care.   The latter is not an easy task even for those with experience and connections. 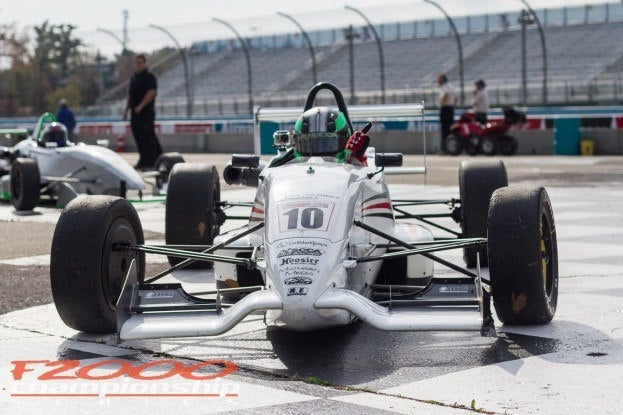 Okay, so maybe you could have your daily driver, and invest a little money into a track day car to race.  First things first.  Never race a car that isn’t paid off in full.  I won’t even begin to explain why, but it’s pretty obvious you shouldn’t be doing serious racing against other cars in essentially debt on wheels.

This isn’t a track day, this is competition.  Your car isn’t going to be a 1 time expense either, when your pushing it to the limit every weekend.  Things will break, so you better be ready to “make it rain” to keep it running.

SCCA is your best bet. First you need to get a license by completing 2 racing schools, in a “properly prepared race car”.  If you don’t have one (not sure why you would get a license if you don’t have anything to race) than you can rent one, and that could cost you up to $2,000.  Again this isn’t going to lead you anywhere…you are purely spending money to race. Ah, at last!  We are getting somewhere.  Now when you mention karting to most people they have a chuckle, because they picture this: 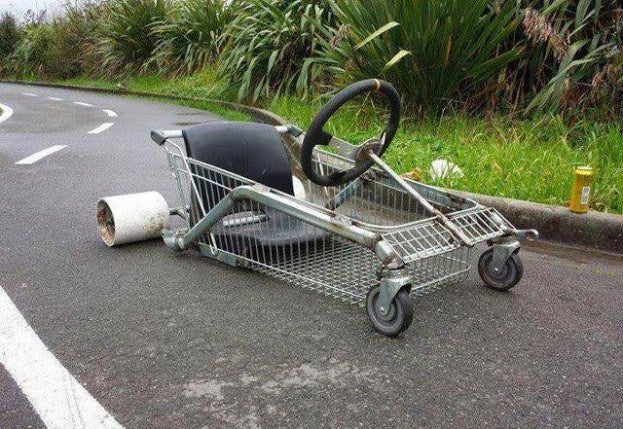 But before you do that and go waste time and money drifting your 240SX around making racer claims of grandeur, read on:

“Karting is the purest form of motorsport.” – Dan Wheldon.

When asked what racing gave him the most satisfaction later in his career, Ayrton Senna said  “I would have to go back to 78′, 79′, & 1980…when I was go kart driving.  It was pure driving, pure racing.  There wasn’t any politics…no money involved either.  It was real racing.” –  It is the most serious level of competition you can experience aside from ladder and pro series. 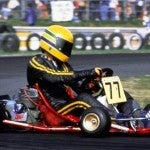 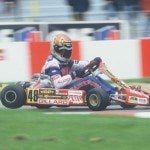 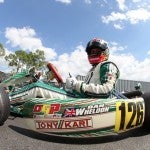 If you don’t have hundreds of thousands of dollars to blow every year, forget everything else and do this.  Even if you have good connections and a $250k/year budget this is your best springboard to get into the serious world of racing.  It will teach you how to be fast, and more than that, will get you in and around the right people.

You should be able to pick up a top of the line brand new chassis from $5-10k depending on class, brand, and year.  The engine is what dictates the class you will race in, which is based on budget not talent.  Also keep in mind when you go rent a kart with your buddies it’s a 30 mph kart.  A stock non-built engine will cost about $800 brand new and fully built about $1800.  That’s a 70+ mph kart depending on the track.  An 80+ mph “TaG” engine will cost you $2500-$3000 brand new.  An infamous shifter kart stock moto engine is closer to the $5-6k range but can reach speeds of 100-120 mph.  Rebuilds, of which you need a few a year to keep a top running engine, will cost $700 or more.  Of course you don’t need to buy new.

In my first year of racing in 2011, I spent about $4-5k total.  That’s including all the equipment and gear I needed to get started from nothing, kart, motor, a rented garage at the track, entry fees, and repairs.  I had no racing experience whatsoever beyond computer racing simulations, and we ran about mid-pack.  Even “shitty” equipment is enough to get out there and compete if that’s all you can do.  You will have opportunities to race against pro drivers in big events that bring in drivers from IndyCar, F3, GP2, GP3 and so on.  Even the local club championships are very serious and competitive. 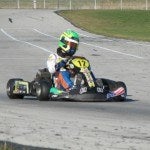 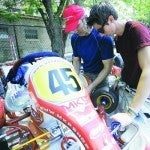 If you are a race driver, you have no logical brain, or sense of consequence, and no mental limits.  If you have absurd amounts of money to spend, find a local kart team and learn how to be fast.  Then pay for some test days with lower formula teams.  Then try to find sponsors and/or blow all of it every year to race at a very serious level with more chances to advance towards a professional level.

If you don’t have extremely deep pockets and believe that you are a true racer, then kart.  Outside of pro ladder series and professional series you will never experience a more serious form of racing and competition.  This is how every F1 driver gets their start now.

If you’re just an enthusiast with many sports cars with quite an expendable income, and fancy yourself a race driver, than you can get quite a fun fix racing in regional and national clubs! 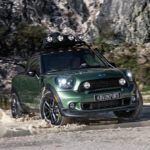 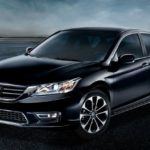 Next
2014 Honda Accord Hybrid Review