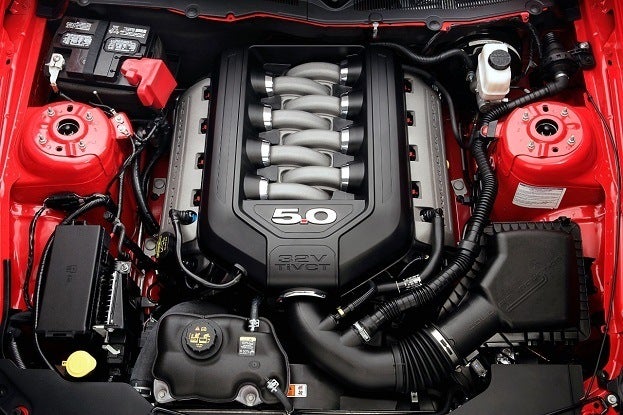 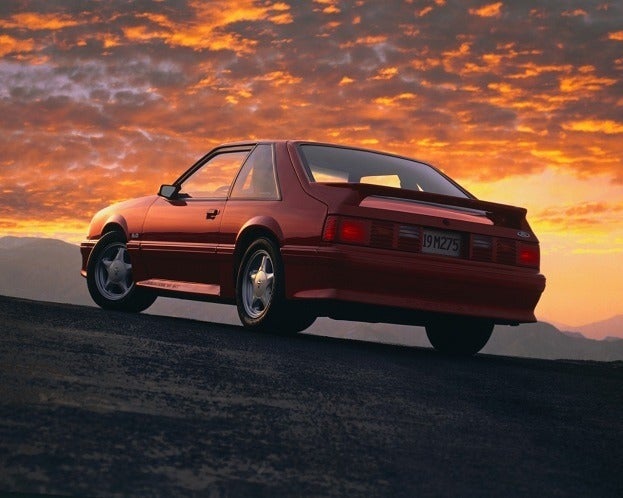 As the Ford Mustang has entered its 50th year of production, it is befitting to the numerals 5 and 0 receives some pony car recognition. As the all-new 2015 model prepares for production, all six generations of the beloved pony car has featured a 5.0-liter V-8 engine. Also recognized as the 302 cubic-inch engine for much of its early production life, the 5.0-liter was a long-standing member of Ford’s Windsor engine family. Technically a 4.942-liter displacement size powerplant, Ford and fans round it up to 5.0-liter engine. The 5.0-liter V-8 powerplant is considered a cornerstone to the Mustang’s 50 years of success making the vehicle a performance darling on the street as well as the track.

The advent of the 5.0-liter engine came in the late 1960s motivated by auto racing. In 1966, the SCCA Trans Am Series Over 2-Liter class provided a sports car racing opportunity catered to the popular pony cars. One of the competition rules for the production-based class required engine displacement size not to exceed 5 liters. As Chevrolet created a 302 version of their small-block engine for the Camaro Z/28 optimized to the SCCA Trans Am Series’ rulebook, Ford countered with their own 302 cubic-inch powerplant in 1968. Originally offered as an optional engine on the Shelby GT350, Ford re-imagined the 302 powerplant in 1969 as part of a new variant of the iconic Mustang called the Boss 302. Engine power from the Boss 302 powerplant would be rated at 290 horsepower. The Ford Mustang Boss 302 was the edge the carmaker needed to regain the manufacturer championship from the Chevrolet Camaro in 1970. Because the racing class requiring cars to be production-based, the road-going crowds gained in the spoils of competition. Following the 1970 production year, the 302 Windsor engine was the base V-8 powerplant offered through the remainder of the first-generation run. 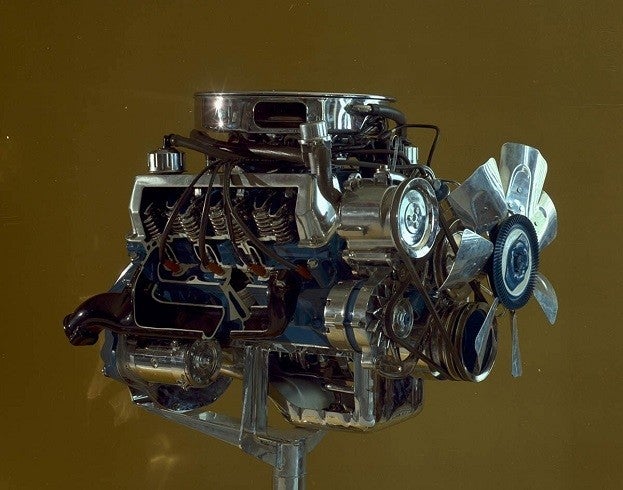 With the dawn of the 1974 model year and the Ford Mustang II’s introduction to a motoring public demanding more fuel-efficient vehicles in the wake of the 1973 oil crisis, all V-8 engines were abandoned. However, stabilization of gasoline prices prompted the return of the V-8 engine to the Ford Mustang. The 302 Windsor engine awakened the Mustang II to the sound of V-8 power. However, due to emissions regulations, the returning 302 engine produced just 122 horsepower. Performance of the V-8 engined 1975 Ford Mustang II was also muzzled since it was only offered with an automatic transmission. From 1975 to 1978, V-8 engine power for the Mustang II would creep upwards to 140 horsepower but the era were appearance packages and a pale Mach 1 version offered in place of raw performance. 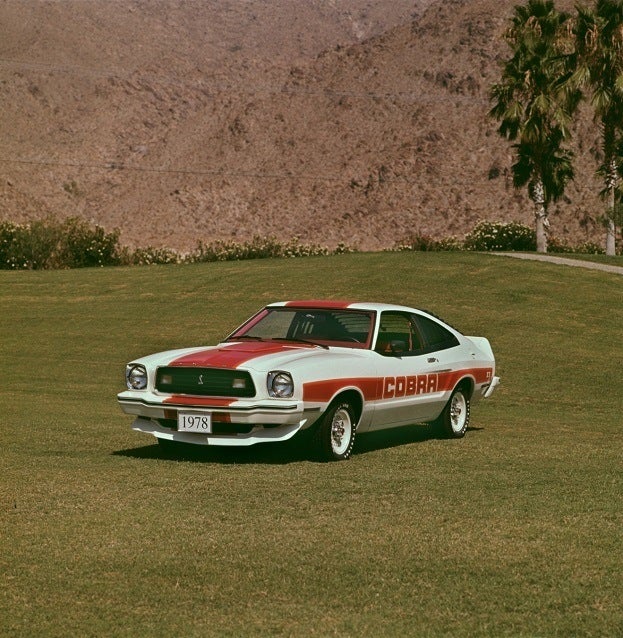 The third-generation Mustang’s arrival for 1979 on what would be the long-running Fox platform was instantly accompanied by the 302 cubic-inch V-8 engine. Still presenting just 140 horsepower in output, a big change came with Ford advertising the powerplant as the 5.0-liter V-8 engine. For a second time, an oil crisis cancelled the 5.0-liter V-8 engine on the Ford Mustang for the 1980 and 1981 model year replaced by a new 4.2-liter engine. The engine was reintroduced on the 1982 Mustang as a “High Output” model. By 1983, the Ford Mustang 5.0-liter V-8 churned out 175 through changes that included swapping two-barrel carburetor with a four-barrel unit. On the 1986 Ford Mustang, fuel injection was introduced to the 5.0-liter V-8 engine allowing 200 horsepower to be fed towards the rear wheels. By the time the last third-generation Mustang was produced in 1993, peak horsepower from the 5.0-liter V-8 was 235 achieved with a SVT Cobra edition. Making the transition for the first year of the 30-year anniversary redesign of the Mustang in 1994, the Windsor version of the 5.0-liter engine was retired 28 years after it was first introduced. 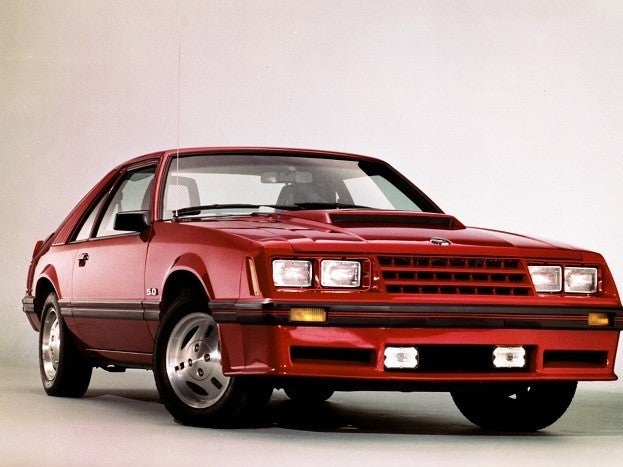 Though the 5.0-liter V-8 engine would be unsuccessfully attempting to recapture the power output of the Mustang Boss 302, the long-standing V-8 option on the Ford pony car was well engrained in Mustang culture. The 5.0 badging found on third-generation Mustangs accounted quite a degree of passion with drivers. For that reason, Ford’s resurrection of the 5.0-liter engine badging for the 2011 model year was happily greeted. This time, the Ford Mustang GT’s 5.0-liter V-8 was a product of the Modular engine family (an enlarged version of the previous 4.6-liter powerplant). Named the “Coyote”, the new 412-horsepower, 5.0-liter V-8 was a statement to the evolution of eight-cylinder engine power compared to the Windsor block. Ford’s Twin Independent Variable Cam Timing (Ti-VCT) and a four-valve dual overhead camshaft layout were some components of the 2011 Coyote 5.0-liter V-8 never realized with the 5.0-liter Windsor engine. 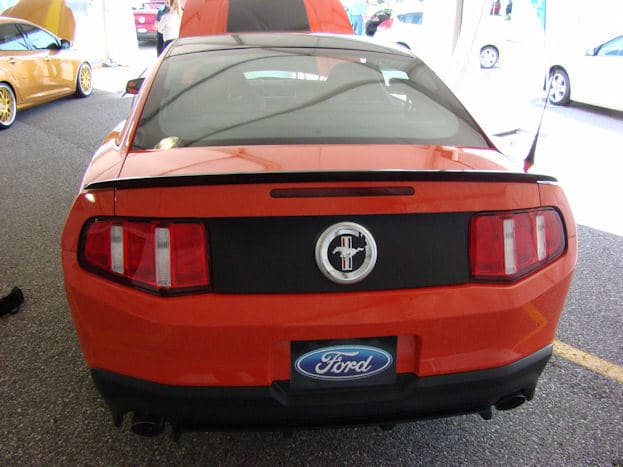 Today, Ford is continuing to proliferate the turbocharged EcoBoost engine family as they want to deliver decent performance while also handing impressive fuel economy. The 2015 Mustang will becomes the latest recipient of a 2.3-liter four-cylinder model. The 5.0-liter V-8 Coyote engine remains the top-powerplant of the 2015 Ford Mustang worth more than 420 horsepower.

Preserving the spirit of V-8 power for a large part of the Mustang’s lifespan, the 5.0-liter V-8 has been the subject of many changes with the times. However, the engine‘s meaning is cemented with performance of the famous pony car. 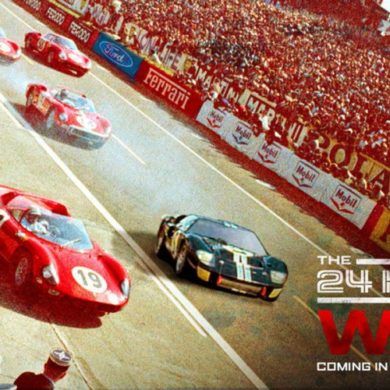 No Fluff or Filler: The 24 Hour War Delivers The Facts