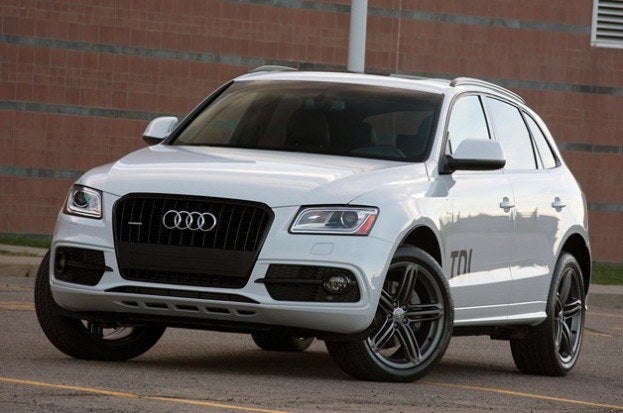 Forget about what you have thought about diesel cars up until now. They are nothing like the smoking, dirty, smelly diesels you might remember from the past. This week, we’re testing the all-new 2014 Audi Q5 TDI SUV with a V6 diesel powerplant. This sporty crossover will change your perception about diesel cars. The German automakers are the leaders in diesel technology, and this Audi Q5 TDI is on the cutting edge of new clean diesel cars here in the U.S. Europeans have known for decades just how powerful and fuel efficient they are. It’s time for those in the U.S. to realize the benefits of diesel.

Table of Contents show
What’s New for 2014
What are the benefits of this diesel Q5?
Conclusion:

The 2014 Audi Q5 lineup sees the addition of a powerful and fuel-efficient turbo diesel model called the TDI. Turbocharged Direct Injection (TDI) is a design of turbo diesel engines, which feature turbocharging and cylinder-direct fuel injection, developed and produced by the Volkswagen Group. The new Audi Q5 TDI is the newest addition to the Q5 lineup and it’s a good one. Think about the new Q5 TDI as a mid-size crossover but with the fuel mileage of a smaller economy car. And it runs like a striped-ass ape being chased by a hunter. It’s all because of the turbo diesel engine that powers the new SUV. 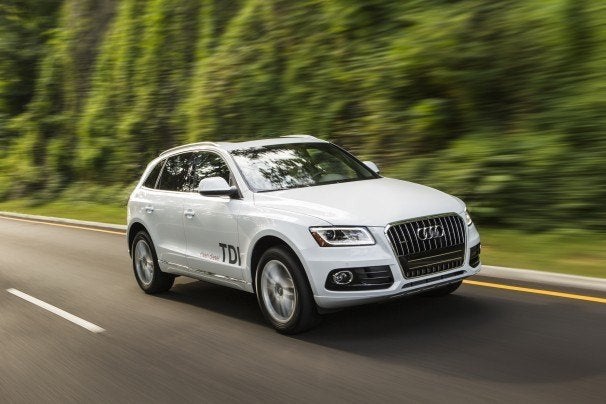 What are the benefits of this diesel Q5?

There are three words that describe the new Q5 TDI, fast, sporty and efficient. If you are looking for the power of a V8, the handling of a sport sedan, and the efficiency of a four cylinder engine, the Q5 TDI is your ticket. Q5 TDI sports a powerful diesel engine that earns a combined city/highway fuel economy estimate of 27 mpg. EPA estimates are 24/31 city/highway.

Along with its incredibly quick acceleration and the driving dynamics and handling of a sports sedan, it comes with plenty of passenger room within its well-trimmed cabin. This 2014 Audi Q5 tester ($46,500) comes with Audi’s Quattro all-wheel-drive, and Navigation that includes the latest MMI system with more intuitive menus, voice control, enhanced Google Maps satellite imagery, rearview camera and an additional joystick button for enhanced control. It also came with the Sport Package ($500) that included sport front seats and 3-spoke steering wheel with paddle shifters. 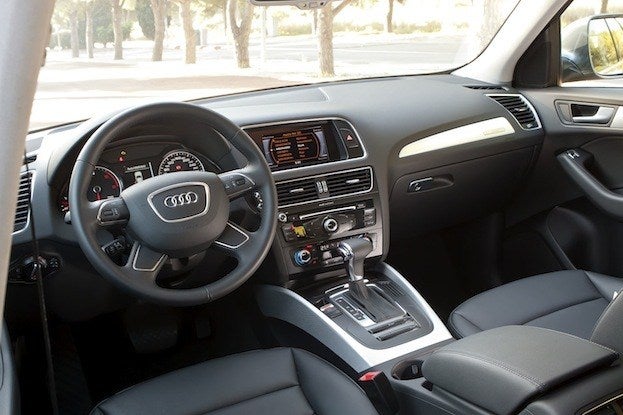 Inside, the Q5 TDI gets a classy sporty interior with top-notch materials.  Despite its compact size, the Q5  feels roomy whether you’re seated in the front or rear. The rear seats slide forward and back, which is a rarity in this segment of luxury crossovers, and the seats also recline for greater comfort on longer trips. Folding the rear seats down creates 57 cubic feet of maximum cargo space, which is a little below average for this segment. Audi Q5 offers two rows of seats, and has room for five passengers.

What sets this Q5 tester apart is the 3.0-liter turbocharged diesel V6 that pumps out 240 hp and a massive 428 lb-ft of torque. That amount of torque gets this Q5 moving quickly from a standing start. Audi claims a 0-60-mph sprint time of 6.5 seconds which is quick for a mid-size SUV. And it still gets excellent fuel economy at 24/31 city/highway, but only if you can keep your foot out of it. The Q5 TDI comes with an automatic stop-start system that also helps fuel-efficiency. The diesel automatically shuts off at stop lights and restarts as soon as you let off the brake. 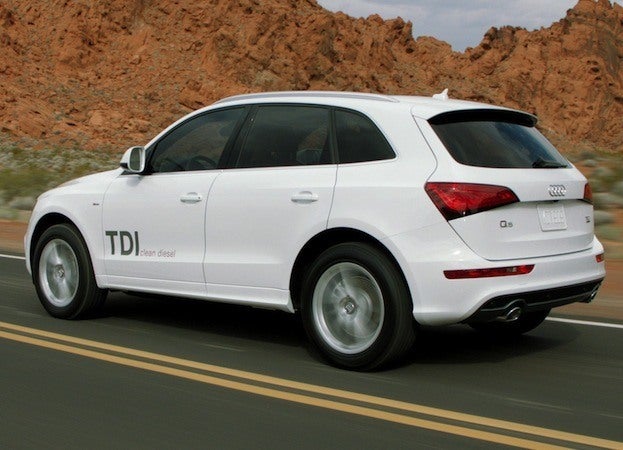 Out on the road, the Q5 has a bit firmer ride due to the sports suspension, but its not harsh. It’s worth the extra stiffness, because handling is excellent. The Q5 is one of the sportiest SUVs on the market. The steering is quick and responsive, and body roll is minimal for a vehicle this size. For an SUV, Q5 is one of the most responsive vehicles and above average for a crossover in this segment.

The 2014 Audi Q5 TDI not only looks good, but it’s fast, sporty and fuel-efficient. It provides a level of sporty luxury that’s at the leading edge for its class. Cargo capacity isn’t as generous as some of the competition, but it’s adequate for most young families needs. If you want a level of sporty driving dynamics that is well above average, upscale luxury and fuel-efficiency to go with it, the 2014 Audi Q5 TDI is a good choice. It should be a top pick for active single people and small families alike. 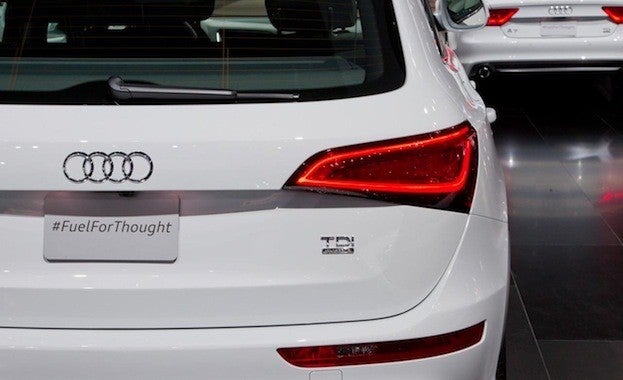