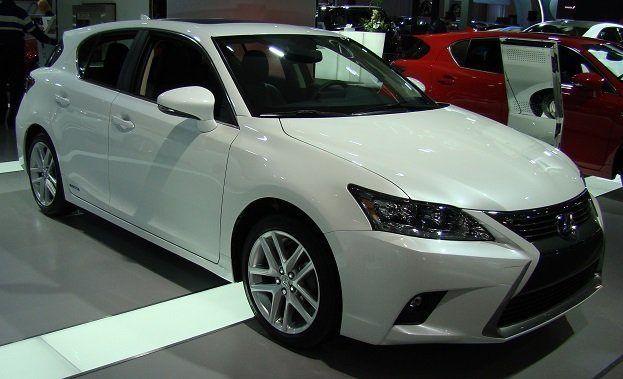 The aspiration of almost every automaker is to connect with the premium car buyer. Despite the push for exclusivity in the luxury car market, the simple fact automakers pitching a multitude of vehicles has made it hard to stand out from the crowd. A luxury brand founded on the notion of defining premium motoring with contemporary technology, Lexus has made the Toyota Hybrid Synergy Drive system available on almost every vehicle they offer. Standing out in the entry-level premium car market, the Lexus CT 200h has provided a unique face to luxury vehicle customers showing how environmentally conscious motoring can net the reward of upscale comfort.

Powered by a 1.8 liter four-cylinder engine working in unison with a 650-volt electric motor/generator, the 134 collective horsepower delivered through the Lexus CT 200h’s powertrain allows for super thrifty fuel mileage equating to an average of 42 miles per gallon. For 2014, the gasoline/electric hybrid CT 200h receives a mid-cycle appearance adjustment tweaking the vehicle‘s attraction to owners wanting a big taste of luxury without significantly reducing their wallet. Fortunately, the 2014 Lexus CT 200h is small enough in all the right places while being large in luxury charm.

Disclosure: This article is sponsored by Lexus. All views and opinions expressed here are my own. Check out our advertising guidelines to see why we’d never steer you wrong. 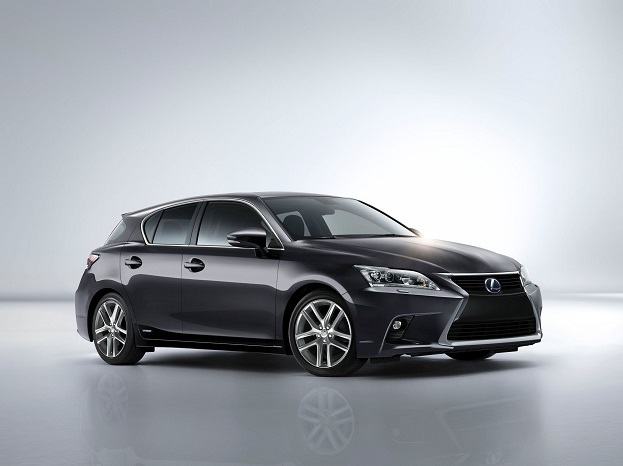 The premium compact hybrid hatchback enters 2014 with a slightly edgier performance personality thanks to Lexus‘ current styling language translating onto the CT 200h. The 2014 Lexus CT 200h receives the spindle grille between a set of redesigned headlight housings. New LEDs for the daytime running lights as well as for taillights and licence plate lights heightens the sense of luxury while featuring low energy use that brilliantly complements the vehicle’s efficiency. At the rear of the CT 200h, the rear spoiler has been enlarged by three centimeters. The redesigned car also boasts aero-stabilizing fins and a shark fin antenna are also addition exterior additions found on a body shape that has registered a 0.29 drag coefficient (equal to that of a Porsche Boxster). The exterior makeover of the 2014 Lexus CT 200h is completed by 17-inch wheels featuring an all-new five-spoke design and an available Redline paint color incorporating a scratch resistant self-restoring coating. 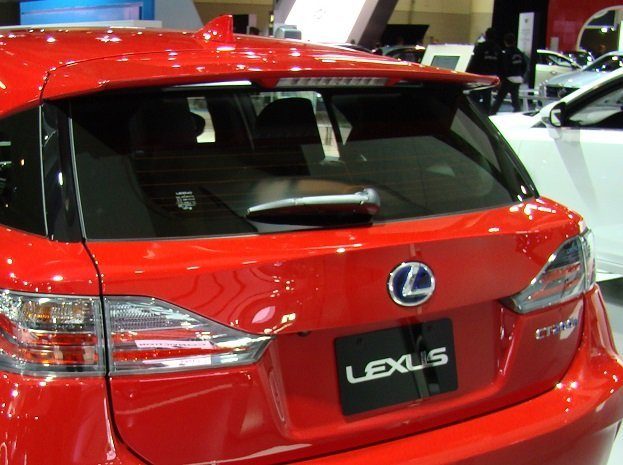 For 2014, the F SPORT package on the Lexus CT 200h is been given a more provocative look. The 2014 Lexus CT 200h F SPORT models will stick out more than ever thanks to a black contract roof and alloy wheels featuring a distinctive an 5-twin spoke pattern accented with a two-tone graphite and machine finish. A mesh finish and a pair of large air ducts are also found on the F SPORT version of the 2014 CT 200h.

Focused on concentrated luxury for 2014, the Lexus CT 200h’s cabin is retouched. A new, more comfortable steering wheel, altered leather shift knob and improved six-speaker system is standard on the 2014 Lexus CT 200h. Optional on the CT 200h is a ten-speaker sound system and a redesigned Display Audio/Navigation screen. Bluetooth 3.0, dual USB ports and complimentary HD Radio real-time traffic and weather is included with the Display Audio system’s addition on the 2014 Lexus CT 200h. A top of the line Remote Touch Interface is also available on the 2014 CT 200h.

Check out the official new Lexus CT website as well as the following sponsored video to immerse yourself in the 2014 Lexus CT200h’s commitment for providing concentrated luxury: