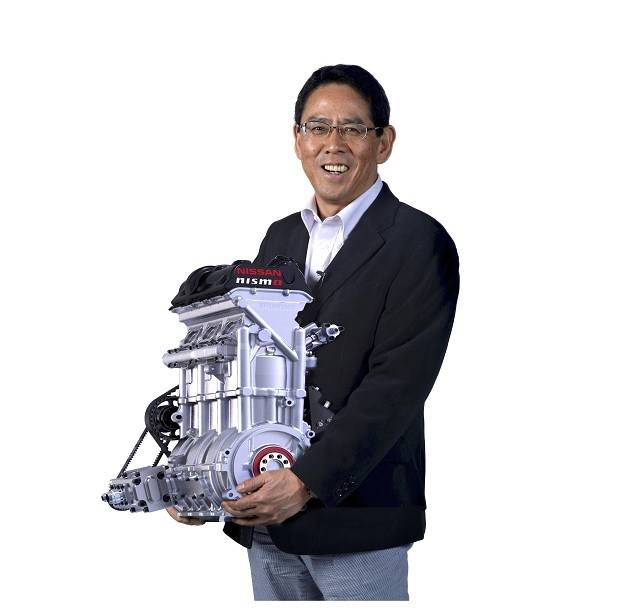 Numerous performance junkies consider power-to-weight ratio as being a true measure for a vehicle’s prowess on the street or race track. The Shelby Cobra has been one of the classic examples where big horsepower dropped into a smaller car equals a potent motoring combination. Providing the next evolutionary step in high-performance technology is to create smaller, lighter engine powerplants. Advances made in engine efficiency through improved designs and with the popularity of turbocharging have allowed decent horsepower to come from a smaller displacement. We have even seen luxury carmakers like Lincoln embracing smaller engines enhanced by Ford’s EcoBoost technology.

As is often the case in automotive development, auto racing will is slated to become a proving ground for extremes on the smaller, lighter engine principle. With sights set on the Circuit de la Sarthe, Nissan and the company’s motorsport arm Nismo is currently developing an electrified, lightweight prototype race car that will include a radical gasoline powerplant. Defined as the Nissan DIG-T R 1.5-liter three-cylinder turbo engine, the internal combustion powerplant will generate 400 horsepower while weighing a mere 88 pounds. Power output compared to the Nissan DIG-T R 1.5-liter engine’s weight should make it one of the most potent ever placed into a practical application. Said to possess a greater power-to-weight ratio than a 2014 Formula 1 engine, Nissan’s 88-pound gasoline engine also exceeds that of an IndyCar powerplant.

The compact gasoline powerplant is designed for Nissan’s ambitious ZEOD RC prototype race car scheduled to take part in the 2014 24 Hours of Le Mans as an experimental entry occupying Garage 56. Long reserved for innovative sports car entries not complying with specific class rules, Garage 56 at the 24 Hours of Le Mans was popularized following the DeltaWing’s presence in the race back in 2012. While Nissan provided a Juke-based engine for the DeltaWing chassis, the 2012 feat called “Project 56” has meandered into a complicated legal battle highlighted by through the release of the BladeGlider concept last year. The Nissan ZEOD RC also incorporates the triangular-shaped, four-wheeled vehicle configuration optimized for aerodynamic efficiency and low overall weight. A hybrid race car, the Nissan ZEOD RC’s electric powertrain is designed to deliver a full lap around the race car in Le Mans without use of the DIG-T R internal combustion engine. “Our engine team has done a truly remarkable job with the internal combustion engine.” says Nissan’s Global Motorsport Director Darren Cox adding “We’re aiming to maintain out position as industry leaders in focusing on downsizing”. A partnership with French lubricant producer Total is being touted as a key to minimizing friction in the powerplant. Cox also stated that the technology developed in the 1.5-liter Nissan DIG-T R engine will be incorporated in future road cars.

This DIG-T R engine is only one component of Nissan’s growing motorsport and performance presence. The Nismo name is growing in profile within North American with a performance-tailored versions of their vehicles like a special edition Nissan Juke. Nissan’s concept cars are also being guided by their growing motorsport focus evident in the IDx concept car. Beyond the 2014 Le Mans race, the ZEOD RC and its 88-pound Nissan engine is planning to become a fixture on the 2015 FIA World Endurance Championship tour.