Large sport utility vehicles are like dinosaurs in an era of automobiles configured for maximum efficiency. Always having a place in the garages of some motorists, the sport utility vehicle sector surged in the late 1990s. At one time, there was a competition between automakers on who could build the largest sport utility vehicle. In the era of the Ford Excursion and Hummer H1, it was considered fashionable to have the biggest, gas-guzzling machine that could be declared street legal. A lot has changed in more than a decade (notably gas prices) that effectively minimized those maximum capacity vehicles.

While the 2014 motoring landscape still provides large luxury sport utility vehicles, current models adhere to a different kind of social relevance. Range Rover products incorporate extensive lightweight construction and the recently redesigned 2015 Cadillac Escalade is fitted with a high-feature V-8 engine. At one time the hottest luxury sport utility in the United States, the Lincoln Navigator will undergo some radical functional and design changes for the 2015 model year. The eight-passenger interior of the 2015 Lincoln Navigator is refreshed with styling inspiration from the 2015 MKC. A new steering wheel supported by electric power-assisted steering greets the driver. High-tech items such as standard SYNC with MyLincoln Touch and rearview camera found on the 2015 Navigator grounds the heavily sport utility vehicle in the 21st century. Cargo volumes remain the same for the 2015 Lincoln Navigator model line with 103.3 cubic feet for the standard length and 128.2 cubic feet for the extended length model. Adding high comfort leather upholstery and exotic Ziricote wood trim, the available Reserve Package on the 2015 Navigator also replaces the standard 20-inch machined aluminum wheels with 22-inch polished aluminum wheels. Providing an enhanced, intelligent ride for riders of the 2015 Lincoln Navigator is the optional Lincoln Drive Control. A continuously controlled damping system provides smoother travel in three driving modes. Standard equipment on the 2015 Navigator will be a Nivomat load-levelling suspension system. 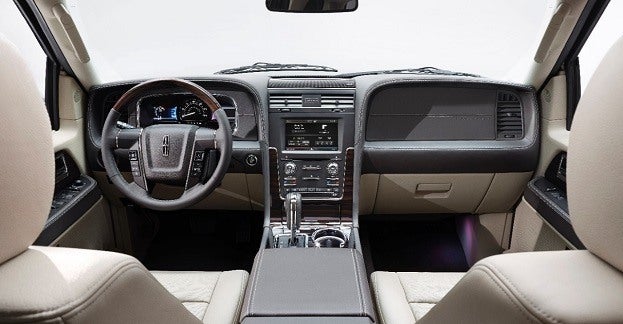 The biggest change for the 2015 Lincoln Navigator regards engine power for the large sport utility. Offered only with an eight-cylinder engine choice since its inception into the Lincoln line-up, the 2015 Navigator becomes the next recipient of Ford Motor Company’s EcoBoost powerplant. A twin-turbocharged 3.5 liter V-6 will replace the 310-horsepower 5.4 liter V-8 engine. Projecting engine output at 370 horsepower and 430 pounds feet of torque, the new Navigator with the EcoBoost V-6 engine should provide improved fuel economy over the 2014 model vehicle. A six-speed automatic transmission as well as the choice of rear-wheel drive or a Control Trac Four-Wheel-Drive system will transfer the EcoBoost’s momentum into motion.

Arrival for the 2015 Lincoln Navigator to dealer showrooms is expected this fall. Reflecting changes in modern motoring as a vehicle brand, the 2015 Lincoln line-up will no longer offer any eight-cylinder engine; a powerplant once indicative of American automotive luxury. 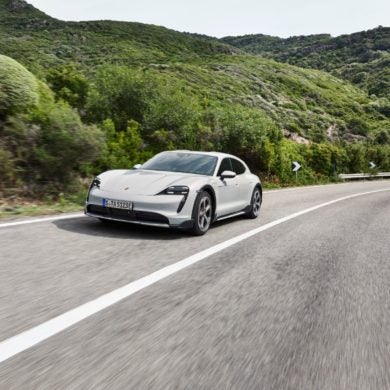