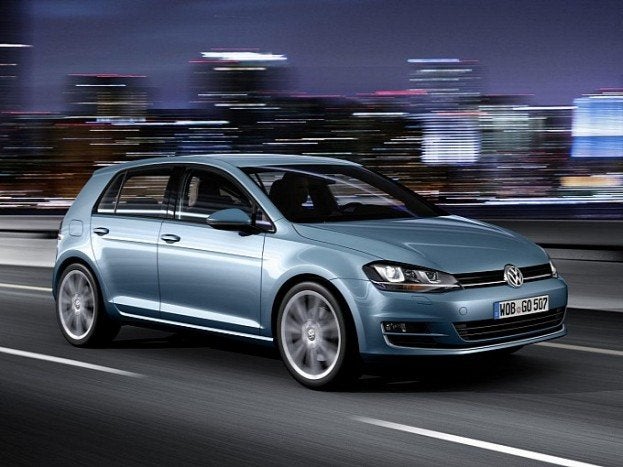 Say hello to Volkswagen Golf VII, the seventh generation iteration of VW’s iconic hatchback. When a new Golf comes around, it is kind of a big deal. That’s because the Golf is VW’s bread-and-butter car in most markets around the world – the United States being a notable exception.

It was introduced in 1974, and since then nearly 30 million have been sold, making it the best selling VW ever. The Golf is generally regarded as the best of the breed as well. The Paris Motor Show is beginning on September 29th (it’s hard to believe auto show season is nearly upon us already!) and VW is scheduled to release the Golf tomorrow. Thanks to some leaked images though, we get to see it a few hours early. 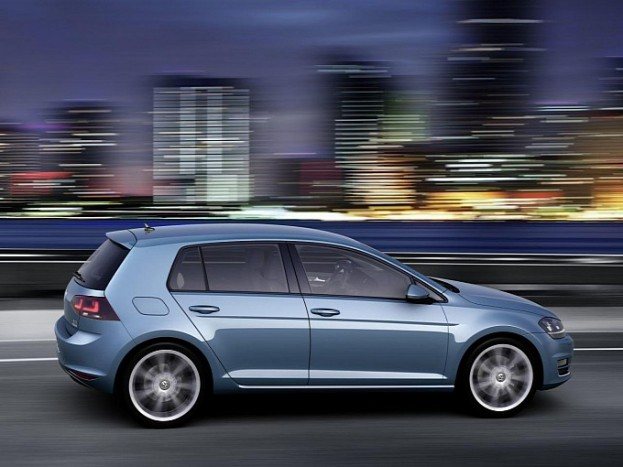 As expected the Golf doesn’t change up the stylistic formula much, but moves the ball forward with a new, angular design. There are crisper and more defined lines than what we see on the current car. For instance, the very defined side character line running through the doors. Up front it is more aggressive and it wears VW’s slim, horizontal grille well. Most of the consequential changes will be taking place under the skin though. Underneath the Golf moves to VW’s new MQB platform, which is being spread across all of the VW Group’s brands. This will help to increase economies of scale and profitability greatly. Mileage should be boosted significantly as well, thanks to a range of new engines and a focus on weight loss.

The interior is an even bigger change than what we see on the exterior as well. While VW’s interiors are still great, they have been moving backward lately in an effort to reduce costs for the mainstream market. The Golf reverses this trend, with an interior that looks more upscale and expensive than the car it replaces. Piano black accents and chrome detailing abound, and the center stack is canted toward the driver. If the U.S Jetta (or Passat for that matter) got an interior that looked that good, we’d be very satisfied. Hopefully Golf comes to the U.S untouched. Stay tuned for more details when the car is released officially.