The 2014 Toyota not only looks new, but it is also new. Corolla in its 11th generation is longer, wider and lower than the previous model. This week we’re testing the sporty 2014 Toyota Corolla S Premium model, and for driving enthusiasts, this is the model to have. Corolla is known as an economy compact but the new Corolla S is equipped with a few extra goodies that make it an interesting choice for an economy car. This is not your father’s Toyota Corolla.

Table of Contents show
What’s new for 2014?
How does the Corolla S perform out on the road?
Conclusion:

Outside, Corolla has grown up and for the 2014 model year it’s 2.6 inches longer, with a noticeably increased wheelbase of 3.9 inches. It is almost half an inch wider and 0.4-inch lower than the outgoing model. Outside, I think the new Corolla is sportier looking and definitely more stylish. The rear deck spoiler was a tip off to the S having a more sporty nature.

Inside, Corolla gets practical improvements in interior space and comfort. Getting in the cabin for the first time, I could immediately tell the Corolla was bigger inside. This Corolla S tester ($20,400) came with just about every feature including power seats which was a surprise. It also came with just about everything else like heated front seats, power everything, leather wrapped steering wheel and remote keyless entry and ignition (included in Driver Convenience Package $1,510). 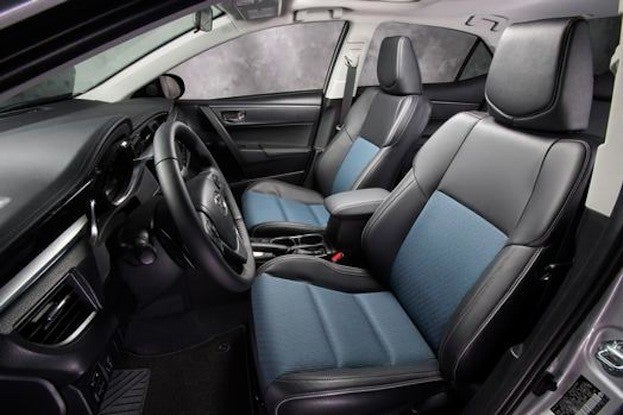 Getting into the rear was easier for the two adult passengers I took to lunch. For 2014, rear-seat legroom has been increased by five inches, and the back seats are bigger, making the Corolla a comfortable sedan for four adults. And for hauling cargo, there’s more trunk space than before.

How does the Corolla S perform out on the road?

Out on the road, Corolla S gets useful improvements in over-the-road handling and stability. The S model gets a few goodies that sets it apart from the standard model. It comes with a continuously variable transmission (CVT) with Sport drive mode or a six-speed manual gearbox. It also upgrades with seven-spoke 17-inch alloy wheels wrapped in P215/45R17 tires and rear disc brakes. The CVT also features paddle shifters for sportier driving.

We took the Corolla S out for a good test drive on the open road to see how it performed. It comes with a Valvematic 1.8-liter DOHC 16-valve 140-horsepower powerplant. It doesn’t sound like much hp, but it works well with the CVT which is particularly interesting. It features a Sport Mode with paddle shifters and it offers seven different ratios. 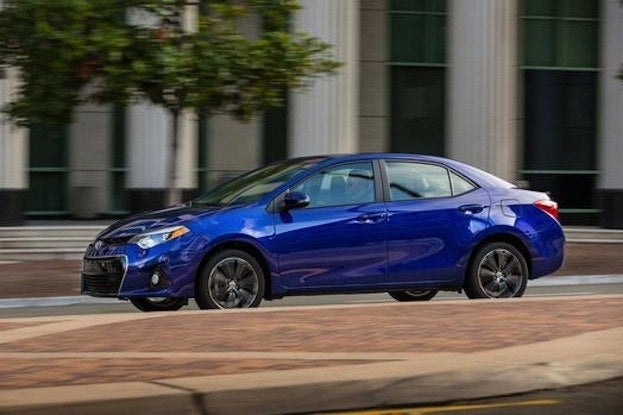 The CVT with Sport Mode when downshifting automatically raises the drive ratio to mimic the effects of selecting a lower gear. We experienced this when driving at 70 mph in seventh gear. When I downshifted with the paddle shifters to sixth gear, the engine’s rpm immediately rose to 3000 rpm. With each successive downshift, RPMs were raised another 1000 to increase the effect of having real gears. While I dislike CVT transmissions with a passion, Toyota has one of the better ones out there. Its benefit is greater efficiency and improved mileage. But for those wanting more sport, get the six-speed manual.

Toyota says the new Corolla had its new suspension tuned and tested in Europe. I could feel the difference in the corners with improved handling of the independent MacPherson strut front suspension and torsion beam in the rear. The overall ride was smooth and well controlled for a compact car. The biggest gain seemed to be in the cornering ability that produced very little body roll while taking fast corners up in the mountains west of Denver.

Overall, the ride and handling of the Corolla S exceeded expectations. For a small compact car, this is an area in which this four-door compact excelled. The Corolla will never compete with the likes of the small German sports cars, Subaru WRX or Ford Fiesta ST, but it’s a fun car to drive and sportier than other compact cars in this segment. It offers an engaging driving nature and will be a good choice for a young family.

For 2014, the 11th generation Corolla has grown incrementally larger and more comfortable inside. With the S models dramatic improvements in ride and handling, its more than just basic transportation and borders on sporty. Even the more upscale S Premium model has an attractive price point at just above $20,000. The 2014 Toyota Corolla S offers the Toyota quality and reliability and will likely maintain its standing in the world as one of the world’s most popular compact cars. 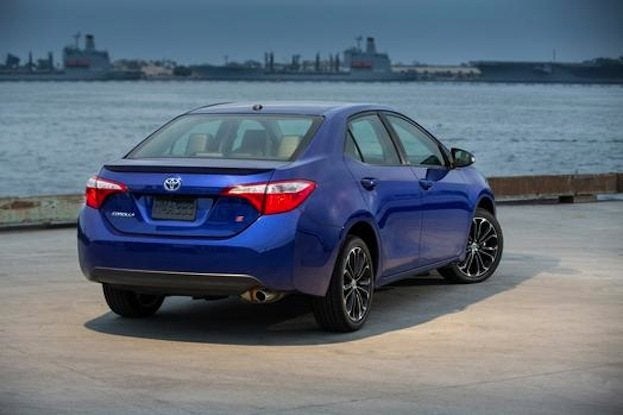