Beneath every great sports car, there is a great platform. The 2014 Lexus IS350 F-Sport has a good architecture, and it shows up in a big way in the way it performs. Lexus changed the drive configuration to rear-drive, and it was the best decision they’ve made on the IS sports model.

The Lexus IS350 F Sport slots between the BMW 3 Series and Mercedes-Benz C-Class. It’s not quite a true driver’s cars like the BMW and more sporty than the true luxury cruiser Mercedes C-Class. The Cadillac ATS is closer to being a worthy challenger. 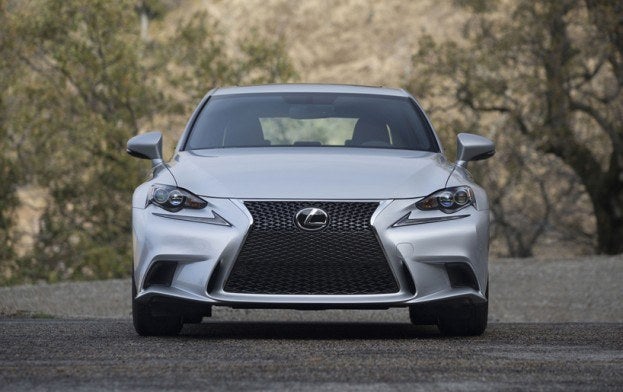 Toyota has a long-term plan to make the Lexus lineup more sporty, and the IS gets a number of upgrades moving it in the right direction. Lexus engineers strengthened the chassis with additional bracing and other technologies like adhesive bonding (also used on the Lexus LS), which in total make the 2014 Lexus IS more than 20 pounds lighter than the outgoing model.

The suspension has been redesigned and gets added stiffness which reduces body roll in the corners. It also features a new multi-link rear setup that will keep the IS350 more firmly planted. This IS350 tester comes with AWD, which will also keep all four wheels planted in wet or dry conditions. We experienced a snowstorm here in Denver when I had the car, and it plowed through six inches of snow without an issue. 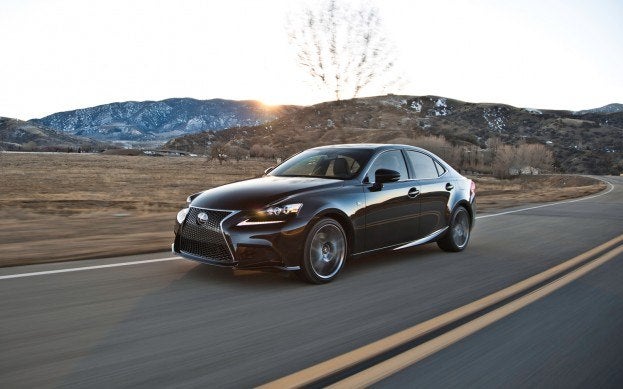 Other mechanical updates that contribute to its sporty nature include the all-electric power steering, including a revised gear ratio and improved steering feel. Brakes are still discs on all four corners but have been tweaked for better-stopping performance. It’s no fun going fast if you can’t bring it back to normal quickly.

The IS 350 F Sport gets the standard six-speed automatic instead of the Sport Direct Shift automatic transmission found on the current-generation IS-F performance sedan. And what respectable performance car doesn’t have paddle shifters? This tester was able to shift quickly and precisely with the steering wheel paddles, and the six-speed gearbox was smooth throughout. There is no standard transmission available on the IS. 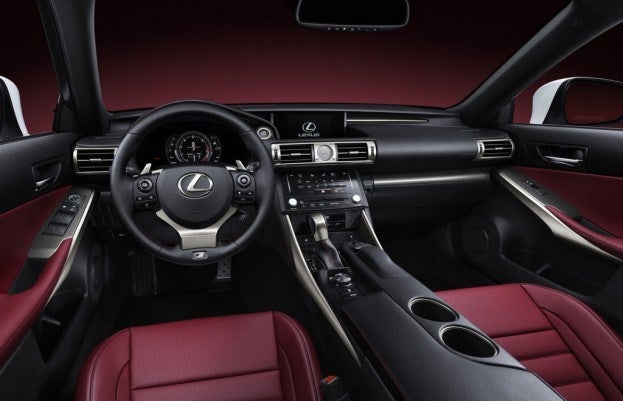 On the inside, cabin updates include a new instrument panel design, including a revised climate control panel that uses electrostatic controls for the temperature. This F-Sport package gets a cool TFT display from the IS-F that replaces the standard instrument cluster. It can be configured for two different drivers. A new steering wheel comes with buttons that control a driver information display, audio functions, Bluetooth, the voice recognition system, and more.

It was a fun week with the Lexus IS350 F Sport. It had plenty of acceleration and low-end thrust and is a true sports sedan with rear-wheel drive. Braking is firm and instant, courtesy of four-wheel ventilated discs with brake assist. The updated suspension keeps the car firmly planted, with little body roll while cornering. The 2014 Lexus IS350 F Sport is an enthusiast’s car. Its electronic aids and easy drivability, combined with AWD, make the sports sedan a great performer on wet or dry pavement. 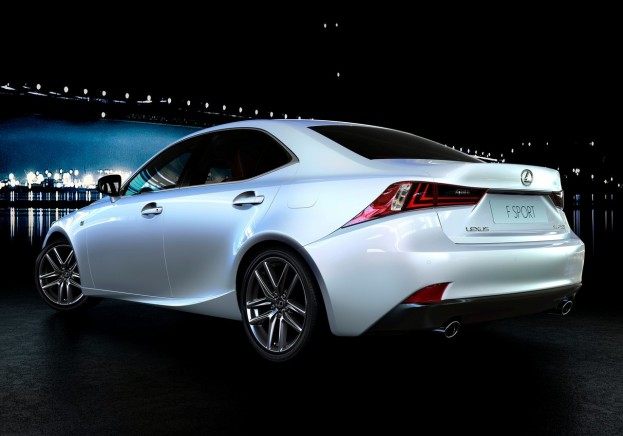