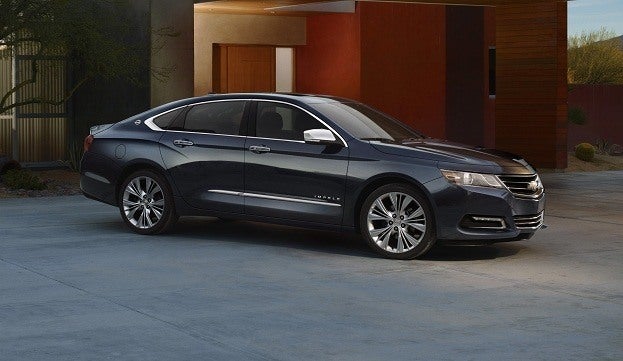 The New York International Auto Show brought the debut of the new 2014 Chevrolet Impala, along with the 2013 Toyota Avalon. With the Ford Taurus being such a competent entry, the full-size sedan market has become a whole lot more competitive.

And now, for the first time in years, Chevrolet will have a competent, top-notch full-size sedan. The current W-body Impala is very aged, but a hot-seller for Chevrolet thanks to its low prices and fleet sales. The 2014 model will command higher asking prices, and we’d be shocked if it sells in similar numbers – that is all part of its repositioning. 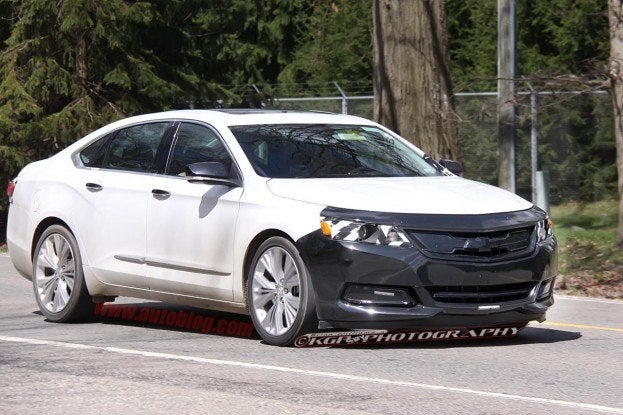 With Chevy’s identity closely linked with performance vehicles, it makes sense that a sporting Impala would be in the works for the future. Autoblog caught an Impala with camo testing, indicating that one could be further along than most thought. The Impala’s chief competitor will be Ford’s luxurious, tech-laden Taurus. While most full-sizers aren’t anything exciting, the Taurus EcoBoost-powered SHO model is definitely the most appealing to enthusiasts.

The current Impala had a V-8-powered SS variant that was ditched a few years back. After slapping the SS moniker on a host of vehicles unworthy of the name, Chevy reversed course and decided it could only be applied to true performance models. That is a good conclusion. It isn’t clear whether or not they would consider SS appropriate for the new Impala, but we’d think so.

Autoblog speculates about the car’s engine, saying it could be powered by a twin-turbocharged 3.0-liter V-6 making around 380 horsepower. Talk about torque steer! At least, in a traditionally-engineered front-wheel drive vehicle. General Motors’ HiPer Strut Suspension would definitely come into play here. No more details are known more than this at the moment, but stay tuned. Given that the 2014 isn’t on sale yet, we doubt an Impala performance model will debut until at least next year.