The 2013 Audi RS5 was announced a while back (along with the Audi TT-RS) and it went on sale in the United States this past July. Audi waited until the RS5’s freshening to bring it to the U.S, and it also launched significant changes to the 2013 S5. 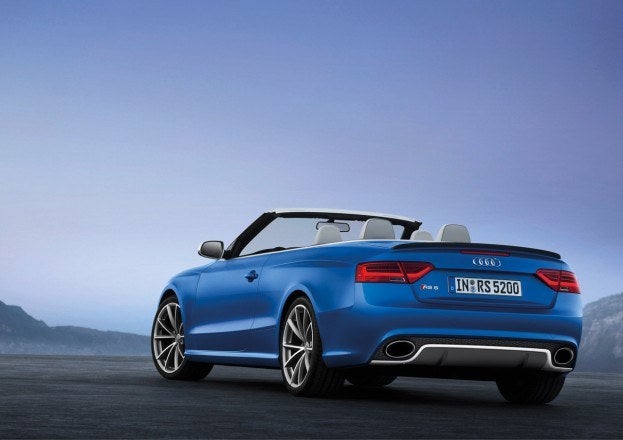 With the coupe on sale, Audi has dropped the top on the RS5 Cabriolet for the 2014 model year. Like the coupe, the Cabriolet puts power to the pavement via Audi’s quattro all-wheel drive system, which is tuned for a 40:60 front/rear split. Audi’s new cars are biased toward routing power to the rear wheels, proving there is more than one way to skin a cat. The RS5 reaches 0-62 mph in just 4.9 seconds, on its way to an electronically-limited top speed of 155 mph.

The A5/S5/RS5 lineup is beautiful; we love the car’s Walter de Silva penned lines. That naturally-aspirated V-8 has quite the aural soundtrack too. It’s a shame they ditched it for the S5, but we digress. The German-market RS5 Cabriolet is scheduled to go on sale in spring of next year. There isn’t anything on when the car will go on sale on our shores, but Audi has given it the green light. A U.S launch in spring or summer next year seems most likely.