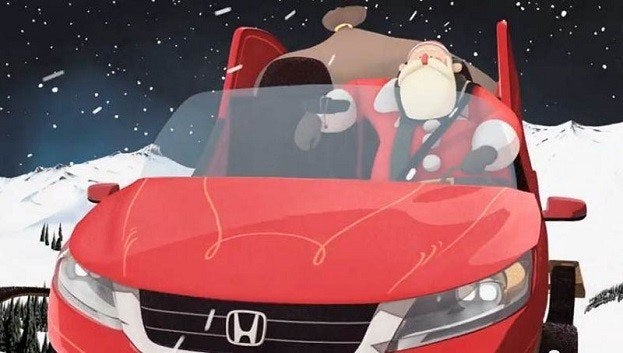 Auto companies routinely battle for some prestigious and lucrative contracts. Police departments, taxi companies and commercial delivery businesses are often courted with competition equalling that between Macy’s and Gimbel’s during the first half of the last century. Talking about a Miracle on 54th Street, one battle several automakers have appeared fully engaged in winning is for one person who completes a 124,421,727.1-mile long trip in just one night of the year.

This Christmas, Honda is providing Santa Claus with a sleigh specifically targeted for better safety. A Christmas tale depicted in a recently released video, Santa recognized the potential dangers in his older sleigh and flew to a Honda development lab for an improved one. Honda engineers created a new sleigh specifically built to insure his long, fast winter trip will contain more peace of mind than ever. Forward Collision Warning, Lane Departure Warning and a rear-view camera are all part of the Honda sleigh’s advanced technologies array. The video also reassures Santa Claus with the safer sleigh by running a forward crash test.

The final touches to the Honda sleigh includes an overall sleeker look inspired by Honda cars and a set of headlamps. For some holiday purists preferring the tradition of reindeers pulling a sleigh on Christmas cheer, the 2013 Honda Santa sleigh incorporates the gift giver’s companion.

Historically, the automobile owes a lot to horse-drawn carriages and sleighs. It provides an ironic twist that at least one auto company every year would be creating a variation of a new sleigh for Father Christmas. Recent years have seen a number of sleigh proposals boasting better efficiency and greater safety. In 2011, Ford pitched a sleigh design based on their innovative Evos concept car. The EcoBoost powered Ford sleigh made a case for sparing the reindeer from the holiday workload by citing lower CO2 emissions. The recent release of the 2015 Ford Mustang conforming closely to the Evos and the Santa sleigh design has been the gift many Ford fans waited for. Last year, Ford once again attempted to entice the jolly old elf with a new sleigh styled on the Transit Connect van. Perhaps the most fashionable sleigh pitched was created by Lexus. The Lexus Flying Luxury Cruiser was propelled by an 800-reindeerpower hybrid powerplant and included the entertainment of Lexus Enform.

It seems highly unlikely this latest automotive derived Santa sleigh will cause us to revise our Christmas carol lyrics to go, “Rudolph with your nose bright, wouldn’t you pull my Honda tonight?” 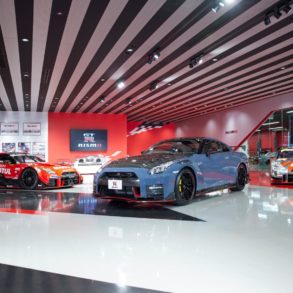