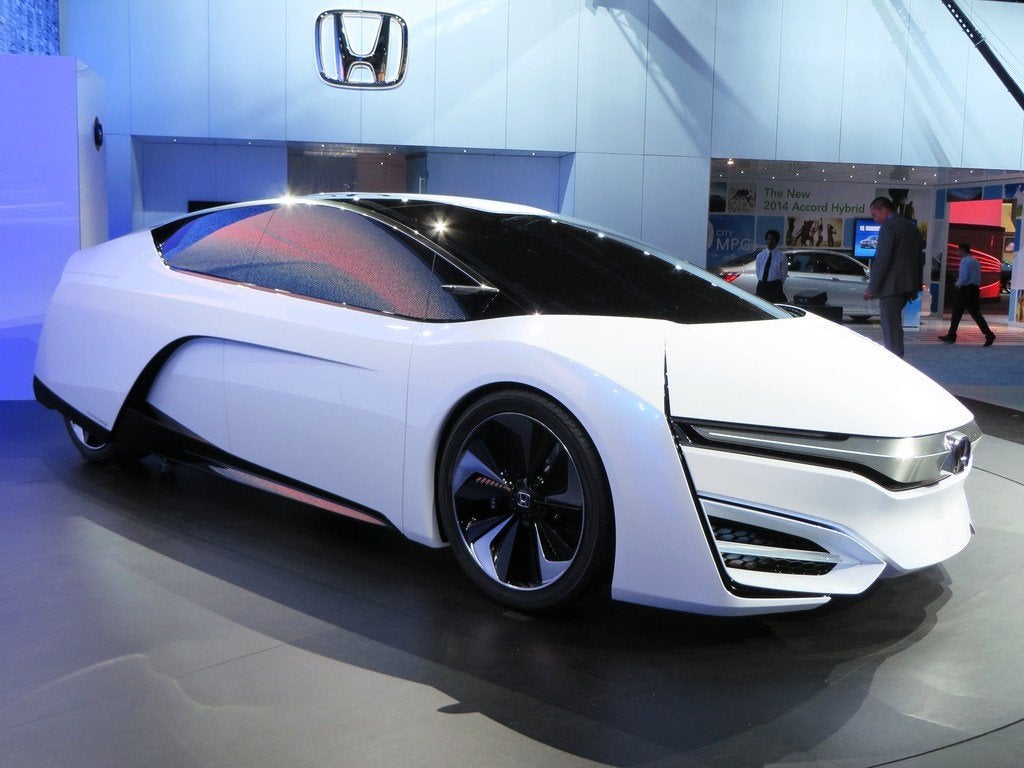 If you’re a fan of super-sleek concepts-turned-reality cars, get a load of Honda’s FCEV Concept. Honda was so excited to show it off that the sheet cloaking the car was accidentally pulled off just minutes before the press conference began.

Even though the design isn’t written in stone, what you see here is the possible direction Honda will take for its new fuel cell vehicle set to launch in the US and Japan in 2015. If this is indeed the direction Honda chooses, expect the car to seat five not look slightly less like a cross between the hyper-efficient VW XL1, the Audi RSQ from I, Robot, and a space shuttle.

In taking what Honda’s learned from the 2002 FCX, its first-generation FCEV, and FCX Clarity, it’s targeting to create a fuel cell stack which has the highest power density in the world. What does this mean for the consumer? Refueling times of about three minutes, being able to go more than 300 miles before refueling, and more resilience against extreme temperatures. It should also be significantly cheaper, helping lower the cost to make hydrogen fuel-cells more commonplace. Honda has made some major investments in fuel cell vehicles and hydrogen refueling infrastructures and reaffirmed that the advancements made are worthwhile. The “future” is around the corner. It’s participating in a public-private partnership called H2USA that promotes the infrastructure’s development. GM and Honda are also collaborating to create to create a partnership for fuel cell technology to get a low-cost fuel cell stack and on-board hydrogen storage to market by 2020.

When this hits the streets, it’s highly unlikely styling cues like the small side mirrors and high-mounted C-pillar will reach production.

So what do you think of the car? Should Honda keep the finished product similar to this or start from a blank slate? Check out the gallery below for more photos. 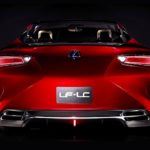 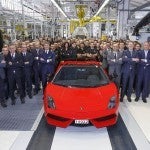