Approaching the New Year, the auto world will be saying goodbye to a 10-year friend in the performance supercar category. Today (November 25th), the final Lamborghini Gallardo rolled off the

Sant’Agata Bolognese production line. Traditionally, part of acknowledging the legacy of a sports car is to consider production. While low production often makes a car more valuable, a greater prevalence allows the vehicle to be more enjoyed by a population. Applying to the latter point, the Gallardo could be the most engaging Lamborghini ever built. With 14,022 examples existing in hardtop, Spyder as well as several special edition models, the Gallardo has led the bull badge’s charge through almost every market.

Launched in 2004 as a lower price companion to the Murcielago, the V-10 powered sports car was by no means a compromised performance machine. Constructed on an aluminum space frame, the stylish supercar has been a showcase for two-wheeled and all-wheel drive performance on the streets as well as on the track. The Gallardo also premiered the high-tech semi-automatic transmission setup called Lamborghini e-gear. Initially propelled by 500 horsepower, the Lamborghini Gallardo’s engine power was gradually bumps up.

Celebrating everything from the founding of modern Italy to the retirement of Lamborghini’s long-running test driver Valentino Balboni, special edition versions of the Lamborghini Gallardo always provided a worthy reason to keep mentioning the supercar. Some of the rarest of the Lamborghini Gallardo special edition vehicles were sold exclusively in a single region. Malaysia, India and Singapore models were limited to 20 or fewer cars apiece. The latest example of the special edition Gallardo is the motorsport-themed LP 570-4 Squadra Corse introduced at the past Frankfurt Motor Show.

A beast on the road, the Lamborghini Gallardo has also proven to be a well-documented performer on race tracks. Established in 2009, the Lamborghini Blancpain Super Trofeo series has been a successful single-make competition. Founded in Europe, the series has recently expanded onto the Asian and North American continents. 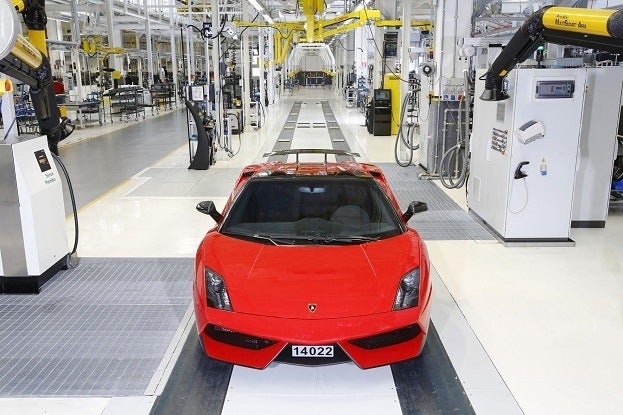 Lamborghini has never had a lower-tier model as successful as the Gallardo. Since the formation of the sports car maker 50 years ago, the Lamborghini line-up had repeatedly attempted to market a so-called entry-level vehicle alongside their highest performance sports car. Alongside the Lamborghini Countach, a 2+2 called the Urraco that totaled 780 after its seven-years of sales. To-seat cars Silhouette and Jalpa were also promoted as more accessible levels of the Italian vehicle for those who sought something affordable than the Countach.

The Lamborghini Jalpa, perhaps most famously seen in Rocky IV, resulted in 420 vehicles constructed for Italian Stallion types. Comparing the Gallardo’s production of 14,022 through the past 10 years, previous work by Lamborghini appears paltry. In fact, the number would be dwarfed solely through the combination of Gallardo special edition models such as the LP 560-4 Gold, LP 570-4 Squadra Corse, LP-570-4 Super Trofeo and LP 550-2 Tricolore.

As the Murcielago was replaced by the Aventador, Lamborghini has a replacement in development for Gallardo. Cabrera has been the rumored name for the new Lamborghini expected for the 2015 model year. The final Lamborghini Gallardo (a Rosso Mars colored vehicle) is now heading to what the company has called “a private collector”.