The Next Nissan GT-R: What Should We Expect? The return of Nissan’s international car hero, the GT-R, was the biggest thing to hit the car world since, well the previous GT-R.  Except the story was much bigger this time around in 2008, because Americans could go to their local Nissan showroom and simply give them some money, and in exchange, drive their own Godzilla right off the lot, as opposed to sneaking one across the Atlantic in a boat.

This was what the Western hemisphere had been craving for over 10 years as we watched the evolution of their supercar killer from the R33 to the R34.  The newest addition, the 2014 model, is not going to be the last of the R35 however.  Sources say that Nissan plans a couple more revisions to the current model so it will likely be in production through the 2015 model year.

And as if the 545 hp and physics-defying AWD system isn’t enough, Nissan handed it over to their in-house tuning company Nismo.  The rumors continue to swirl about the performance specs, and the common consensus is that the same 3.8-liter twin turbo V6 will be tuned up to 600 hp, and reach 62 mph in 2 seconds.  I guess that’s Nissan’s idea of sports coupe performance, the world’s idea of a hypercar performance…and the closest thing to an astronaut centrifuge test you will ever experience.

Enthusiasts will rejoice as their body is quickly pancaked into putty against the seat back. 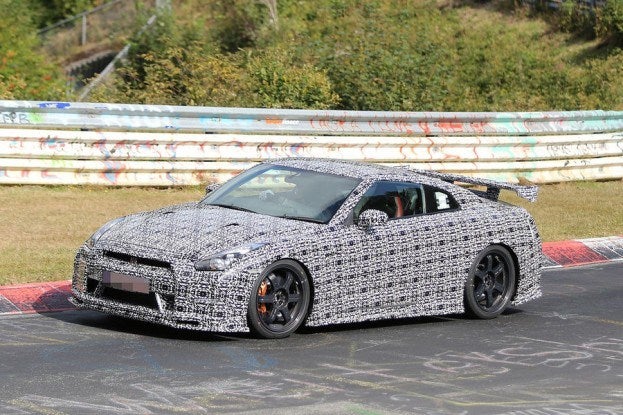 Table of Contents show
The Future (The Bad)
The Good

The Future (The Bad)

So what’s next?  A hybrid!? The eco-mentalist “green” agenda pushing parental government has dug their leafy fingers even further around the automobile’s neck.  Speed, horsepower, and overall fun is public enemy #1.  The U.S. and European emissions standards continue to become more strict, forcing less CO2 emissions and more MPGs across the board.

What does all this mean for our legend?  Here are some breadcrumbs that have been tossed out by sources and hinted at by Nissan. 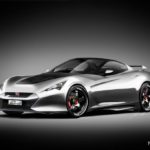 So yes, because the powers that be have this notion that they can save the world from the apocalypse with catalytic converters and hybrids the future of proper internal combustion is in jeopardy.  It’s quite simple…a single volcanic eruption causes more pollution than humans could ever hope to achieve in the entire time of our existence.  Your Prius is irrelevant, so leave our cars alone!  How dare they interfere with our JDM!

What can be done about this?  Well, we here at Automoblog certainly do not condone fitting “test pipes” to it which replace the catalytic converters with straight exhaust pipes…and make the car louder and better…do not do that.

But then you will most likely have that “4 banger” sound while cruising due to cylinder deactivation.  Yes there is a lot of bad news but overall this is great news for all of you track addicts.

With the release of the NISMO R35 and then the R36 GT-R will immediately make used R35 GT-Rs drop in asking price.

Considering you can pick a used one up for around $60,000 now, which is astonishing, they will be truly affordable.  So now we can all go out and get the last of the great JDM cars, possibly the greatest car all things considered, at a  bargain.

Bargain is an understatement; steal is a more appropriate word.  We could soon be destroying Ferraris for the price of a Camry.