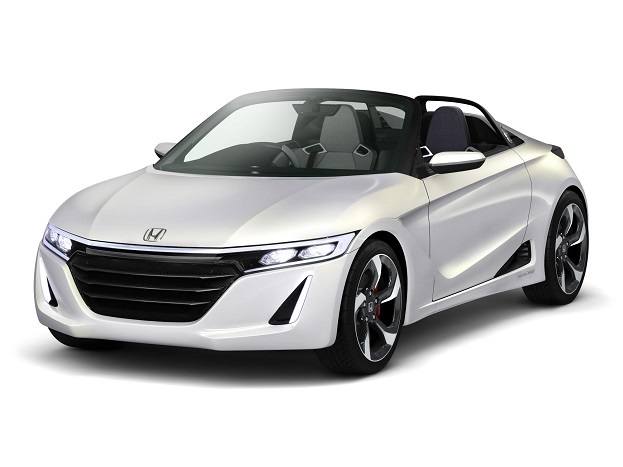 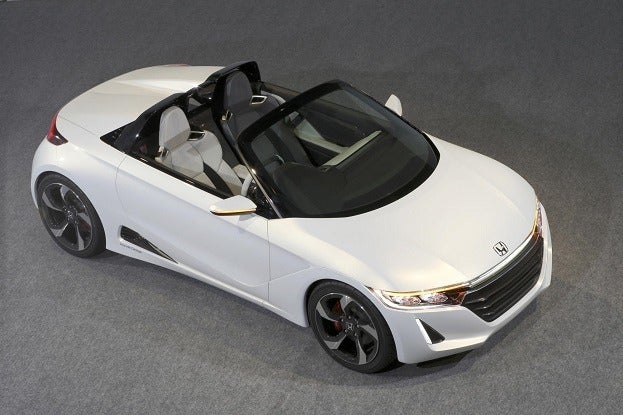 Falling temperature signifies the start of the indoor auto show season. Running from September to about April, the 2013-2014 season has been christened by the exhibition in Frankfurt. The SEMA Show (an industry-only event most automotive fans see through lenses) and the Los Angeles Auto Show are close on the horizon for North American audiences to discover the fashion as well as the technology for future roads.

The biennial Tokyo Motor Show stages leave car companies with the obligation to provide exceptionally stunning vehicle creations to an anxious public. A show that routinely penetrates the boundaries defining the traditional automobile, the Tokyo auto display is typically a scene for some of the most radical concepts. The highly connected Toyota Fun-Vii concept premiered at the last show in 2011. While we should really ourselves to be amused by new frontiers in technology at the upcoming Tokyo Motor Show, at least one concept from Honda will be connecting to the old-fashioned thrill of driving a fun yet accessible sports car. 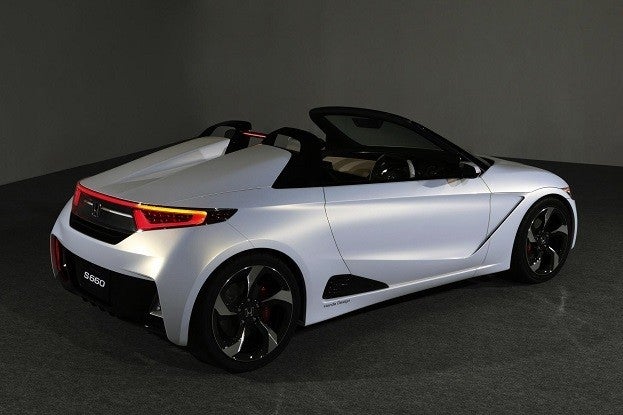 Could it be a successor to the Honda S2000? The Honda S660 Concept will make its world debut at the 2013 Tokyo Motor Show as something described as a “sport-type mini-vehicle“. In the photographs provided of the car in advance of the Japanese car show, the S660 Concept’s styling mirrors the EV-STER Concept shown two years ago (Still a lovely vehicle). The appearance of the S660 Concept is largely a softened, more production ready shape. Borrowing some front-end design cues from the upcoming Acura NSX supercar, the smaller Honda S660 Concept features a thin line of lighting accenting the divide between the hood line and grille. This trim light runs across the upper part of the S660 Concept’s front end and wraps around the headlamps in a singular, uninterrupted line. A deeply raked windshield shortens the hood surface The Honda S660 Concept’s side features pronounced channelling for an aggressive performance look. Completed by a curved rear tail, the Honda S660 Concept design is ultimately shaped as a clean, modern sports car. A separate roll hoop for driver and passenger is mounted on top of Formula 1 style structures.

Inside the Honda S660 Concept, a two-seat cockpit is purely driver-oriented. Controls and gauges are optimally placed within the vision as well as touch of the S660’s pilot. As Honda is preparing a 2015 comeback to Formula 1 with their old ally McLaren, the S660 Concept’s driver accommodations mirrors that of a competition car right down to the steering wheel. An interesting coloring touch involves contrasting seat colors with a white driver seat and black passenger seat. 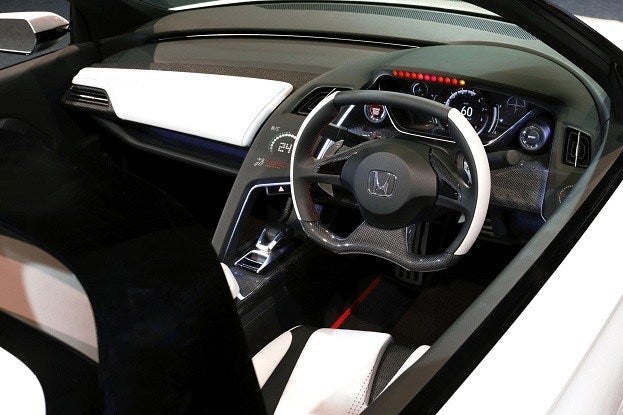 The concept car is a spiritual ancestor to Honda’s S sports car line that debuted in 1963. The Honda S500 was the Japanese brand’s first attempt at a sports car. Building a small vehicle, Honda applied their motorcycle technology in creating a small displacement 531 cc engine to the sports car. Producing a rather meager 44 horsepower at a time the Chevrolet Corvette lowest output engine generated 250 horsepower, the Honda S500 weighed roughly half as much as the American-built, fiberglass bodied sports car. After 1964, displacement size for the four-cylinder powerplant would be increased on two occasions eventually topping out at 791 cc for the S800 built up to 1970.

It is a good sign for an upcoming auto show season when idea vehicles as attractive as the Honda S660 Concept are revealed ahead of exhibition. Honda’s stage at the Tokyo show is slated to feature several automobiles and motorcycles. In addition to the S660 Concept vehicle, Honda has scheduled the debut of a based production version of small urban crossover in Tokyo. 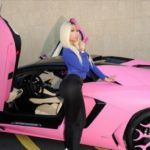 Previous
What Your Car Color Says About You 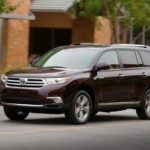