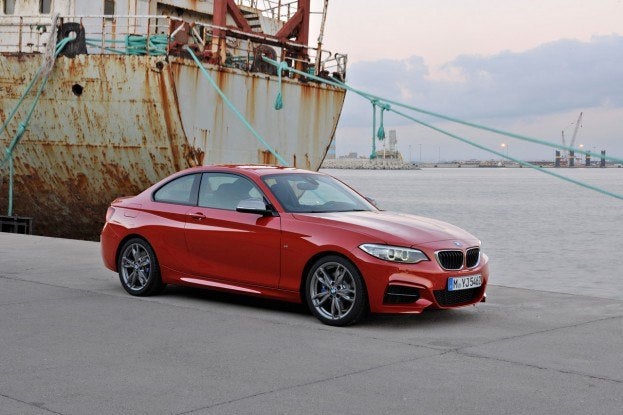 Folks, we have a BMW announcement for you and – surprise – it isn’t about an electric city car or another small SUV. Instead, it’s a rear-wheel drive, (relatively) lightweight, turbocharged coupe.

We’d like to call it back to the basics, but we know that isn’t happening. The German “Big Three” Volkswagen (and by extension, Audi), BMW and Daimler are all gearing up for an intense focus on the entry-level segment of the market.

This focus is particularly important for BMW and Daimler, who do not have the plethora of brands and economy-of-scale benefits enjoyed by the Volkswagen Group. To capture younger buyers and boost volumes, smaller models are necessary. At BMW this new push has coincided with a reorientation of the model lineup. 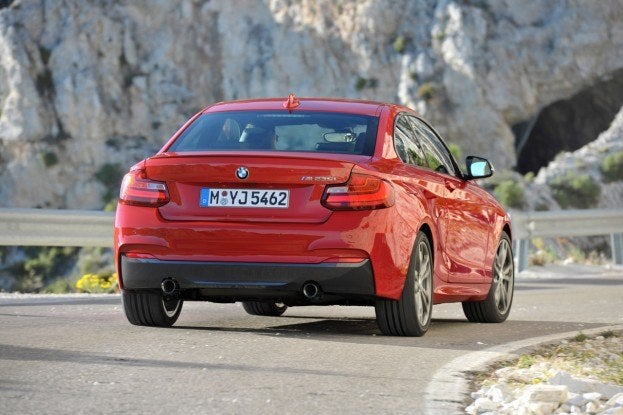 The 3-Series Coupe has become the 4-Series, and now the RWD 1-Series has been renamed the 2-Series. 1-Series was due for it’s next-generation model update anyway, so it all came at a perfect time. Today, BMW has announced pricing and engine information for the car. As expected, the 2-Series ditches inline six power for the 2.0-liter turbocharged four-cylinder found in the 328i.

While many miss the six in the BMW 28i variants (including this writer, who drives one), the four really fits these cars. Practically, the great power and fuel economy make a lot of sense. What we’ll never forgive BMW for is the axing of the M3 name….but we digress. The new 228i starts at $32,100 and the M235i at $43,100. Those figures mark a slight decrease in starting price versus last year’s 1-Series.

The name change means a new 1-Series is coming – in FWD hatchback guise (oh joy). The good news though is that the 2-Series is every bit a real BMW. It even reminds us of the older 3-Series generations from back the day. The 2-Series will makes its official auto show debut at the North American International Auto Show (Detroit) in January.