As we all know, more than a few high-end hybrid supercars are here or on their way. And while the last thing enthusiasts want to do is admit the same technology that makes a Toyota Prius a…well, Toyota Prius…is the tech that’s making the latest Ferrari and McLaren hypercars as good as they are.

Well, it’s not exactly the same tech. Yeah, it’s hybrid-electric, but these cars couldn’t give a damn about fuel economy; it’s all about making the electric motors our bitch – programming them to spin individual wheels when we need it to so the car flies around tracks faster than any fancy petrol-only car’s transmission could handle.

The quintessential example of this technology? The all-new McLaren P1: The P1, unlike its older sister, the MP4-12C, is meant to be a proper successor to the legendary McLaren F1 – one of the most iconic and amazing no-expense-spared cars in history and still one of the fastest cars in the world despite being produced in 1994!

Can the McLaren P1 hold up to the legend?

Table of Contents show
First Customer Takes Delivery
Get to the Performance!
Fuel Efficiency
Is the McLaren P1 the Ultimate Car?

Although we’ve seen the McLaren P1 plenty in the past 12 months, the first official model was just delivered to its first customer – some bloke in the UK.

It’s the “Volcano Yellow” one up there with contrasting exposed carbon fiber. Looks good, but yellow seems a bit typical, doesn’t it?

There will be 374 more P1s hand-built – each one taking 17 days with 82 people working on it. Once production is up and running full-steam, a new P1 will roll off the line each day. 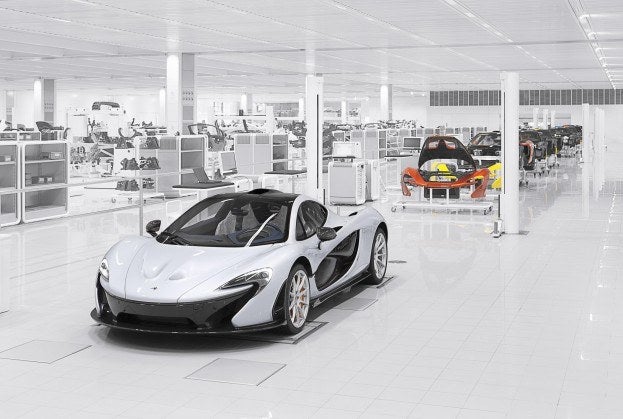 Get to the Performance!

Spoiler alert: the numbers are good.

The McLaren P1 has a relatively small 3.8-liter V8 producing a massive 903 hp thanks to not only the electric motors attached to it, but McLaren have also slapped on a couple turbos for good measure.

Let’s take a look at how fast it gets to certain speeds from a stop and how fast it can slow down:

0-62 mph in 2.8 seconds is impressive, sure. Hell, it’s faster than the $4 million Lamborghini Veneno Roadster. But what’s really impressive is once it keeps going. It doesn’t seem to stop accelerating at a ridiculous rate.

The car can accelerate from zero to 62 mph faster than it can stop from that speed.

Have you ever slammed on your brakes from that speed to a stop? Now imagine that except in a car that weighs less and has special massive carbon ceramic brake discs from Akebono coated in silicon carbide. Now imagine being thrown back in your seat with that force instead. It’s like being rear-ended by a freight train. 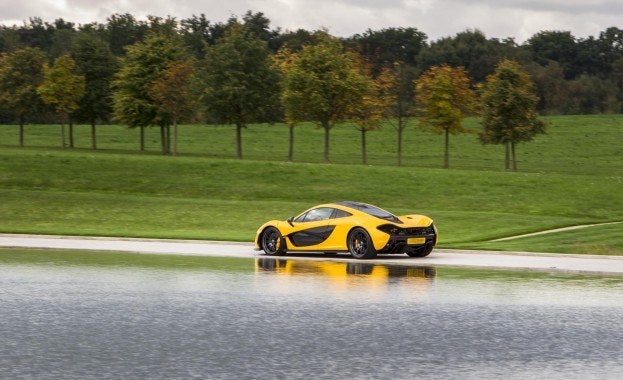 I’ll keep this one short since fuel economy on a supercar is like asking what kind of underwear a nun is wearing.

But I’m mentioning it because it’s DAMN impressive.

The table above shows 34 mpg – which is true in the EU. What that translates to for the US of A:

On a 903 horsepower hypercar, 28.3 mpg is unheard-of. And it can travel up to 6.8 miles on electric-only mode, making those down-the-street trips to the supermarket (in your McLaren, I guess,) free from using any petrol at all.

But really, does that matter? Even if you could commute to work and back in the P1 on electric-only mode, would you?

Hell no you wouldn’t. 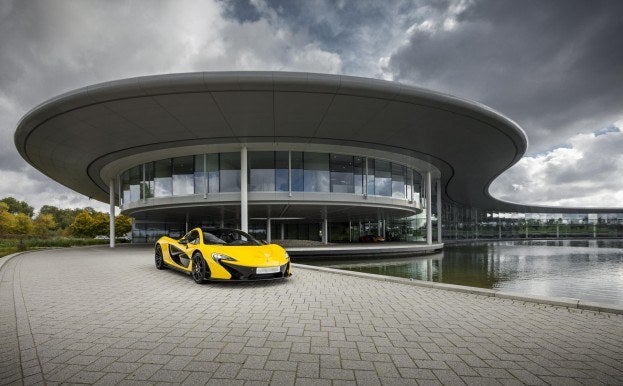 Is the McLaren P1 the Ultimate Car?

If it weren’t for the price, you’d have to think about it.

It could be prettier. I think the 20 year-old F1 is far better looking, but the P1 is inarguably modern, and…swoopy.

What do you think about the McLaren P1? Are you one of the lucky 375 to snag one?