The Complete History of the Corvette Stingray

The genesis of the Sting Ray was in 1963 with the second generation (C2) Corvette. This gorgeous vehicle is still considered one of the most thrilling and captivating designs of all time. The C2 Stingray was produced through 1967.The 1963 model was outrageously popular with its attractive and aggressive body style; the public bought 10,594 coupes and 10,919 convertibles.

This Corvette was the direct inspiration of a Q-Model concept ‘Vette that was smaller and quicker than previous models mixed with a concept CERV I, a rear-engine single-seat Corvette. The mix of these concepts created the C2 Corvette Sting Ray, a car that boasts a futuristic, aggressive-themed body with the guts to back up its looks.

This Corvette was the first American car to sport an independent rear suspension that used a single transverse nine-leaf spring and half-shafts attached to the linkage. This addition provided superior riding and handling. The C2 still sported the base 327 V8 from its 1962 predecessor and was rated at 250 hp. 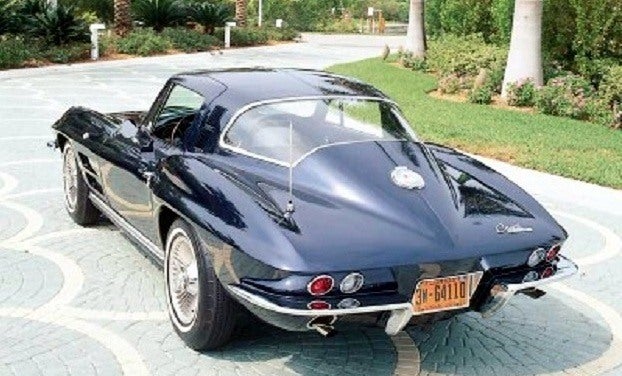 The 1964 Sting Ray carried over most of the ‘63s styling, but removed the hood vents, restyled the roof vents, and took out the split-window. Consequently, split-window Stingrays are something of a novelty and are avidly collected and ogled by Corvette enthusiasts.

The 1967 C2 upgraded the front fender louver count to five and moved the parking brake to between the two bucket seats. The ’67 showed the real horsepower upgrade with a “L88” 427 that boasted 500 hp due to the 12:5:1 compression ratio and the massive 850-cfm four-barrel carburetor. However, the “L88” option was so expensive that only 20 were built. They are a huge prize for a car collector. 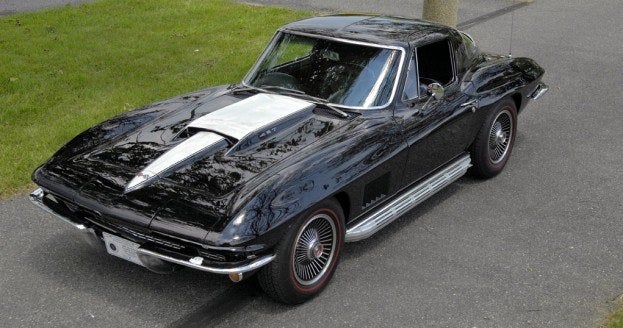 The C3: The Mako Sharks

The next generation of C3 Corvettes first boasted the Stingray name in the 1969 (though the ’68 was still advertised as a Stingray) ‘Vette. “Stingray” (now written in one word) was put in chrome script on the fenders. There were few changes from the previous models, bigger engine blocks, the 427s, and the ignition key was moved.

There were however, the ZL-1s. The ZL-1s had an “L88” 427 that had an all-aluminum construction, which made it 20-25 lighter than the smaller blocks and could spit out 585 hp. These beasts were made purely for road racing and only two were ever produced. 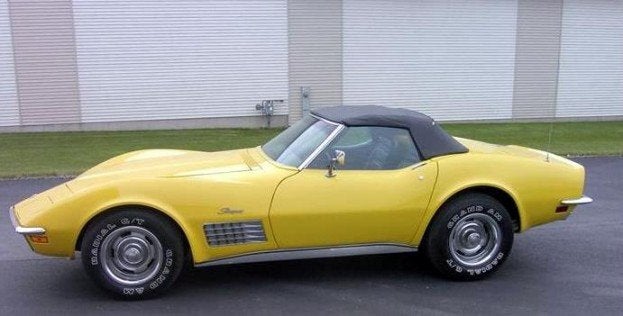 The 1970, ‘71, and ‘72, are my absolute favorite Stingrays. A new crosshatch pattern was introduced for the 1970 model. The 1970 was also the first Corvette to have a four-speed transmission, finally, seriously. The swooping hood, aggressive front fenders, badass crosshatch louvers, and overall simplicity makes the ‘70-’73 models particularly aggressive-looking.

Up to ’82, the Stingrays are pretty unremarkable innovation-wise as compared to the 60s and 70s. In 1976, Corvette sold exactly zero of their convertibles. Most of the ongoing changes to the Corvette were either adding the Stingray chrome signature or removing it, adding fuel-injection, and in ’81 a new rear leaf spring. 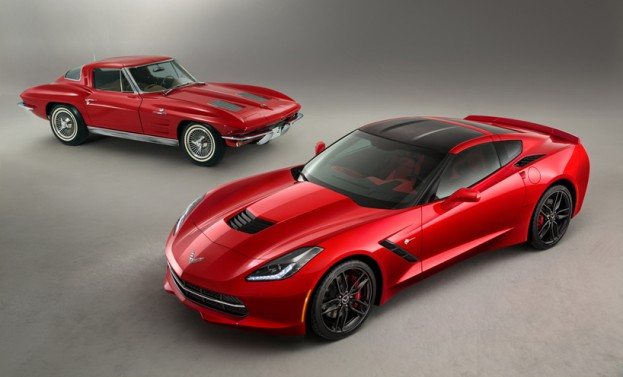 This Stingray is built around an all-aluminum structure that surrounds the passenger compartment.

Because of this new structure the vehicle is able to achieve the perfect 50/50 front-to-rear weight balance. It sports a 6.2-liter V8 that can cough up 455 hp.

The 2014 Stingray is face-meltingly fast. It has a seven-cylinder transmission or a 6-speed automatic both of which hit 60 mph in 3.8 seconds. It shows the quarter-mile who owns the road in 12 seconds flat reaching 117 mph. This ‘Vette is also filled to the brim with new technology: electric power steering, electronic limited-slip differential, and a mode selector for weather, eco, touring, sport, and track.

The new Stingray is a huge breakthrough for the seemingly stale Corvettes of the past couple decades and is a welcome breath of fresh air.