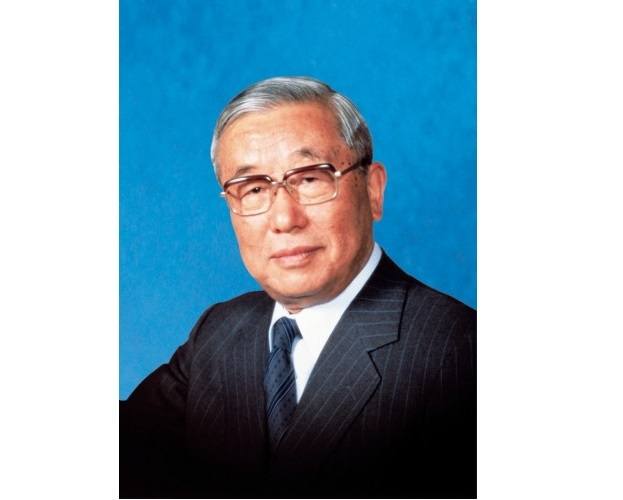 Today, Toyota is the world’s top-selling auto brand with vehicles such as the Camry and Corolla. Perceived as a pillar for quality and value, the Japanese auto company’s humble beginnings would have been documented by an engineer born in Nargoya, Japan named Eiji Toyoda. Having just celebrated his 100th birthday five days earlier, Eiji Toyoda has sadly passed on due to heart failure.

Passing away as an Honorary Advisor for Toyota, Eiji Toyoda’s entry into the company took place while Toyota Motor Corporation was only part of an automatic loom facility under the Toyoda name. Studying mechanical engineering at the Tokyo Imperial University, close cousin Kilchiro Toyoda hired Eiji as a supervisor of several projects which included the construction of Toyota‘s first dedicated automotive manufacturing plant. Eiji Toyoda’s cousin also placed the young university graduate to a role to head up a newly created research laboratory. Early on, efforts were equally as devout to flying as was to automotive production. Serving as an organizer of the research council into aircraft, efforts to create an early helicopter started in 1937 and continued through the Second World War. The aircraft never extended beyond the prototype development stage. After World War Two as Toyota’s manufacturing capacity rested in shambles following allied bombings of factories, labour dispute and the resignation of his cousin Kilchiro, Eiji assumed the role of a managing director.

In efforts to improve their struggling operations, Eiji Toyoda was one of several Japanese industrialists who took trips to the United States to study the massive manufacturing operations of the 1950s. Through a period in 1950, Eiji visited numerous companies including 21 machine tool businesses. Proving as the most historically mentioned visit was to Ford Motor Company. Eiji Toyoda participated as a trainee with the major car company possessing the production capacity of 8,000 vehicles per day at the time. In comparison, Toyota was only able to produce 40 cars per day. When Toyoda returned to Japan, learning the American production method provided insight to not only the failings of Toyota but to the American system itself. Improvements to tooling, implementation of automated procedures and forklifts were brought into the manufacturing of future automobiles. However, the company would also institute an innovative production method under the assistance of Eiji Toyoda’s tour. Adopted from a procedure observed from an aircraft factory, parts and components would not be massively stockpiled for future assembly. Increasing efficiency and decreasing the need for storage space, cars would be built from a tightly regulated quantity of specific parts. The system evolved to be known as Just-in-Time and would become a one of the keys to Toyota’s success. 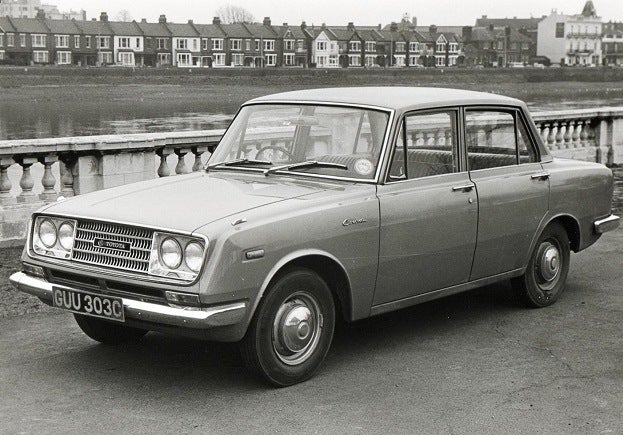 Eiji Toyoda also played a part instituting Toyota’s famous reputation in quality. Serving as an Executive Vice President for the company, a quality control promotion group is created in the 1960s taking the position as Chief Officer. Shortly after introducing Top Quality Control, Toyota Motor Corporation was recognized by the Deming Application Prize in 1965 (named after an influential American who popularly educated Japan the principles of quality management while American manufacturers only accepted practices decades later). Overlooking an emerging auto company in 1967 now importing vehicles to the United States and Europe, Eiji Toyoda became the president of Toyota Motor Corporation.

As vehicles like the Toyota Corolla began to find buyers all over the globe, Eiji Toyoda held the post of president until 1982 when he was appointed chairman of Toyota. In 1984, Toyoda was also made a vice chair of the Japanese Business Federation. Eiji recognized the need to maintain and grow a global footprint. Unsuccessfully attempting to have Ford Motor Company as a partner for a joint production plant in the United States, Toyoda met with General Motors for what would become the NUMMI place in Fremont, California. Eiji Toyoda would also be at the forefront with the creation of the luxury brand Lexus by challenging Toyota to build a refined premium grade vehicle. While the brand had been fighting to turnaround sale volumes in recent years, the Lexus brand’s 24 years on the market is steep with success. His day-to-day work with Toyota ended in 1994 but he retained a role as Honorary Advisor for the 19 years since his vacation from the chairman post. Toyoda’s reign ended just short of the Toyota Prius’ introduction debuting the Hybrid Synergy Drive system to the world. 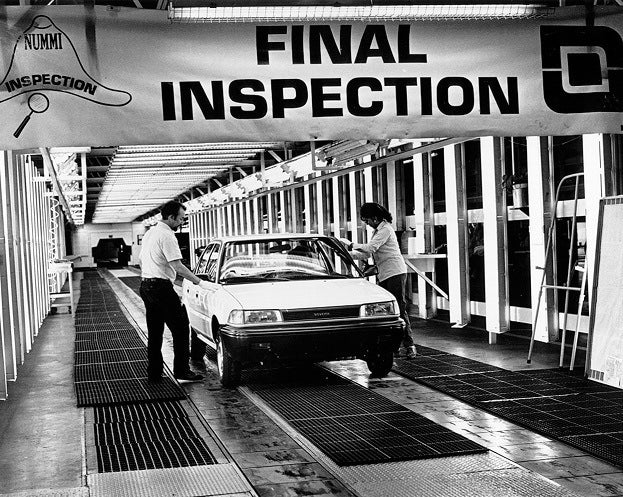 Along with being a parent to all vehicle built under the globally known Toyota, Lexus and Scion line, Eiji Toyoda was also a father to four children with his wife Kazuko. Writers as well as the readers of Automoblog.net bid condolences to the family and friends affected with the passing of Mr. Toyoda.