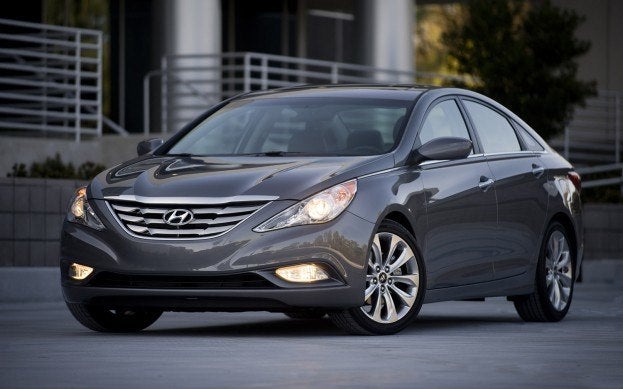 If you want great fuel-mileage in an attractive five-passenger sedan package, the 2013 Hyundai Sonata Hybrid is a winner. It’s been mistaken for a Lexus and it competes well against the best sedans in the mid-size segment. This is not the same quality car that Hyundai Motor Group built back in the 90s with their throw-away Excel. Hyundai is advancing and is competing well in quality with the Honda Accord, Toyota Camry, and Ford Fusion.

Why should you look at the Hyundai Sonata Hybrid? The 2013 Sonata hybrid can be driven at highway speeds in full electric mode and gets excellent fuel mileage. We took this Sonata hybrid tester out on the streets and highway in Colorado for a good test and it performed well. This was the Limited model with all the bells and whistles.

Inside, the cabin of this hybrid won’t feel any different than the standard model. Fit and finish has come way up and may be among the best in class now. The new Sonata has more of a luxury look and feel and is a big departure from Hyundai’s of the past. It comes with the latest technology like Bluetooth and a new navigation system that features a high-resolution WVGA touchscreen. The Hybrid Limited ($30,550) comes standard with heated front seats, sunroof and Hyundai’s top level Infinity audio system. 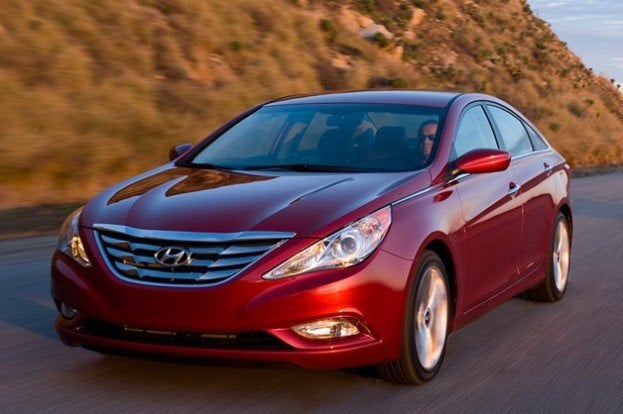 The ride in the Sonata Limited is smooth and quiet at highway speeds. Of course it helped that the full parallel hybrid system allows the car to be driven without the gas engine powered only by its 40-hp electric motor at speeds up to 62 miles per hour. It whirled down the road and the 166 horsepower 2.4-liter engine kicked in when we needed more power for passing and going uphill. We never made it up to 62 mph before the engine engaged, but there aren’t many flat roads in and around the Denver area. This will only happen on level roads with your foot off the accelerator.

The Hybrid is smooth and transitions between gas engine and electric motor are nearly impossible to detect. It appeared like the gas gauge barely moved throughout the week-long test drive. A fuel-saving feature uses a coasting function that shuts down the engine when there’s no pressure on the throttle, even at highway speeds contributing to better mileage.

EPA estimated fuel-mileage is 36/40 city/highway and we got close to those numbers. The Sonata Hybrid’s blended gas-electric fuel economy is higher than similar hybrids from Honda and Toyota.

Another plus for the Hyundai Sonata Hybrid is that it doesn’t use a typical continuously variable transmission (CVT) like the competition. The Sonata Hybrid uses the same six-speed automatic as the other Sonata models. It has more typical shifts and not the annoying winding up of a CVT.

One thing potential buyers need to be aware of is the braking response. It uses a system engineered to capture energy and charges the batteries while braking. The car is less smooth than a conventional braking system and at times can feel lurchy. It may take a bit longer to master the art of braking a hybrid. 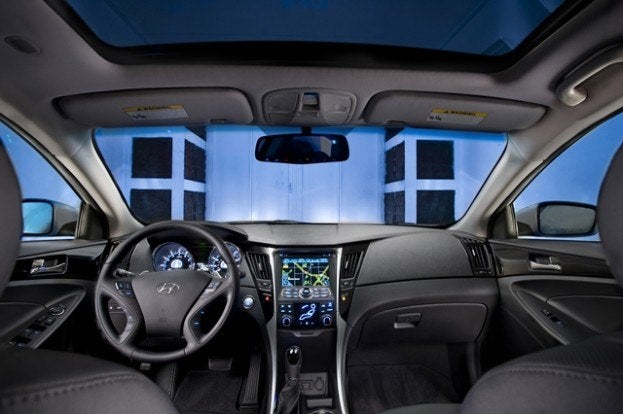 Buyers will also need to factor in the additional cost up front of purchasing the hybrid over the gas-powered Sonata. Many buyers will not recover the extra $5,000 in Hybrid purchase price through lower fuel costs over their span of ownership. As the cost of fuel approaches $5.00 per gallon, the break-even point will decrease. If buyers keep the car well past 150,000 miles at current gas prices, that’s when the real savings kicks in.

The Sonata hybrid competes well with the big boys like the Toyota Camry and Honda Accord hybrids. It has appealing styling, excellent mileage ratings, expansive standard equipment lists and competitive prices. If you must have a hybrid, the 2013 Hyundai Sonata is a good choice and has better mileage ratings than either Toyota or Honda. 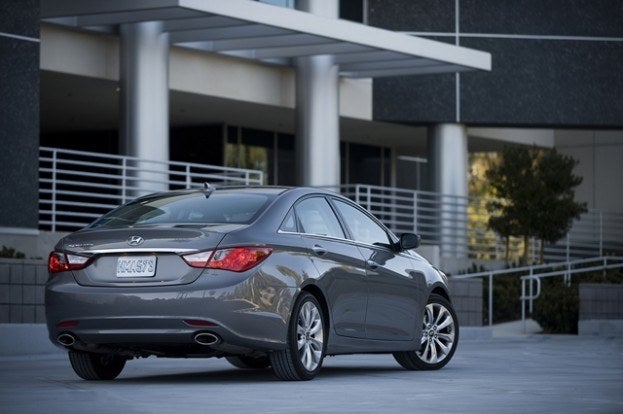