The 10 Sexiest Classic Italian Cars of All Time

When sitting down trying to come up with a list of the 10 sexiest classic Italian cars, a couple of things are immediately clear to me; Beauty really is in the eye of the beholder. And it is not only about the looks of a car. It definitely has nothing at all to do with money and a cars monetary value. It is very much about the personal relationship you have with a certain car or a certain car model. Or even with your perception of a car. It might have been a car which you had on a poster in your bedroom as a child, or it might be a model you have owned or still own. Or it is a car you have just seen once somewhere, and just never really could get out of your head…

Anyway, here goes. I’ve decided to spare you from the data and focus on my personal interest in each model respectively. It can be a race, a driver, a location, an engine or just sheer looks. These are MY personal favorites in random order, as I can’t possibly be asked to place them in order of how sexy they are. These cars are ALL equally sexy. Enjoy! 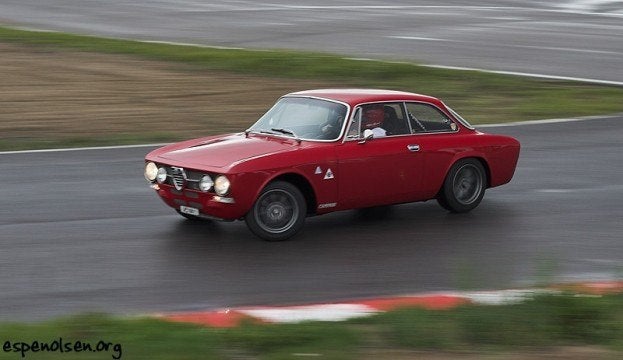 Very few car models has such a complex model history as the small Bertone-designed Alfa Romeo Coupé. They were available for a long period of time, in different incarnations, with slightly different looks and technical specifications. One thing they all have in common is their beauty. Having been produced in large numbers between 1963 and 1977, a lot of enthusiasts have over the years been given the chance to actually drive one. And what a drive it is! It’s fast, light, and has beautiful handling! With a twin cam all alloy engine, disc brakes and 5-speed gear box it really is a car that was way ahead of its time. Personally, I’m on my second one… Some people might be surprised to find that this car finds its way onto my list of favorites. But as I said, it’s so personal. When I grew up and got my drivers licence in the mid 1980´s, this was the one to aspire to, and the one that I had on a poster in my childhood bedroom. And I even knew of a guy who had one…

I’m convinced that the enthusiasts will come to love the Pininfarina design even more in the future. Like they have already a long time ago taken to the Dino. This model also, just like the Alfa Romeo Bertone Coupe, was in production for a long time in slightly different incarnations, starting with the birth of the 308 GTB in 1976 and all the way through to 1989 which was its final model year. During that time, close to 20.000 cars were made. I have over the years been the lucky owner of 2 of them, and if I can afford it, I am sure I will have another go as soon as the opportunity arises.

The highlight for me, and probably the number one reason why this car is on my list, is the fact that during the years of ownership, me and my wife made several long trips to Italy in this car. So to me, it represents “la dolce vita”, Stelvio and beautiful alpine summer roads! 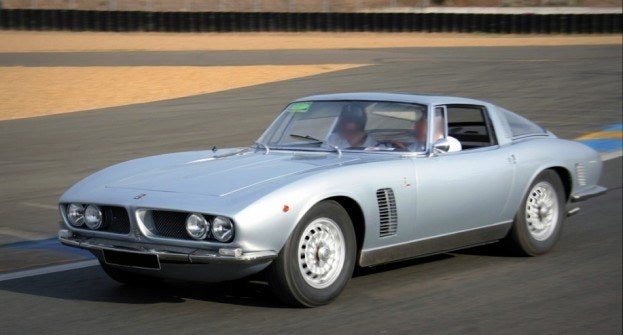 I wish I were able to tell you I have owned one of these cars, but sadly I have not. And given the hefty rise in value over the past years, I am afraid I never will get the opportunity. I’ll never forget the first time I saw one. It was back in 1991, and I was visiting the Techno Classica in Germany. I just kept coming back to the spot where this car stood, and let us face it: we’re talking about a show with thousands of classics on display.

The Iso Grifo is a rare bird. Just over 400 were ever built. It was designed by Giorgetto Giugiaro, who at the time was working for Bertone. The mechanical side of things were handled by Giotto Bizzarrini, the engineer behind the Ferrari 250 GTO. How is that for provenance! Even though there’s an American engine lurking under the bonnet, this to me is very Italian indeed, and the car is so beautiful that it almost hurts…

Here’s a car that takes its place on my list of favorites for very different reasons. This car is a KILLER! And that too can be very sexy…when the Stratos ruled the World Rally Championship in the mid 1970´s they looked like they were from another planet. And personally, the fact that they won the Rally Monte-Carlo four times really does it!  Monte-Carlo is just the type of glamorous place were legends are created.

Many years after that, I myself was competing in a Classic Rally in a Alfa Romeo 1750 GT Veloce from 1968. Participating in that rally was also a Stratos. I will never ever forget when I was overtaken (!) on one of the special stages on a beautiful mountain road overlooking the Mediterranean sea. What a car. The fact that I was totally humiliated was immediately forgotten… 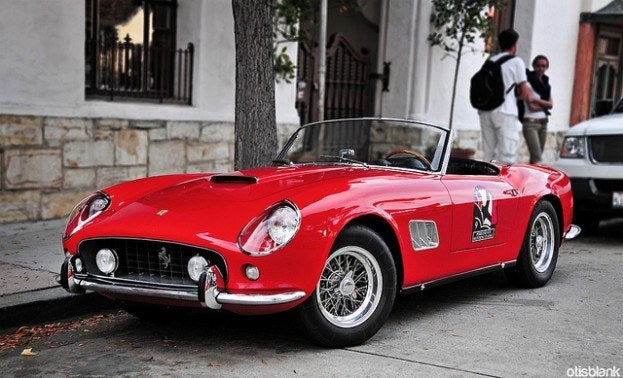 Picture Roger Vadim and Brigitte Bardot in his 250 California on Cote d’Azure back in the golden era of cars and glamour, and you’ll know what I mean. Just over 100 cars were made. Why will (or can?) cars of such beauty never be manufactured again, one might ask? Anyone? 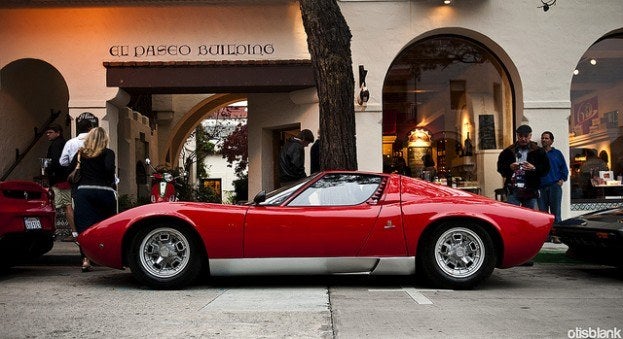 This, the very first of the so called supercars, makes its way onto my list for many reasons. The sexy design of course by Gandini is one of them. The fact that it was partly engineered and developed by Bob Wallace, at the time in his mid 20’s, is another. And that the legend has it that most of the development took place during evenings and weekends because the boss in form of a certain Ferruccio Lamborghini did not approve of their project is yet another.  And the fact that Mr. Wallace tested the car during its development on public roads makes the hairs on my underarms stand up…THAT is sexy!

I also have a personal experience connected to the Miura. Well sort of. During the time that I was chairman of a classic car show in Sweden, we were lent one to display on a show we went to promote our own show and race. So a lime green P400 was sitting on our stand for 3 days, and I actually sat in it. I never drove it of course, but the impact that car had on me was almost physical. 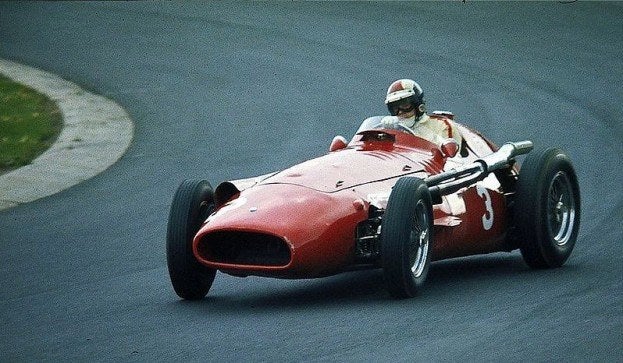 You can’t create a list of sexy Italian cars without having at least one Maserati among them. This is the first car on my list which is a pure race car. The model competed in the Formula 1 Championship between 1954 and 1957. This car to me also has all the right ingredients to make it one of the sexiest cars ever.

It was driven by 2 of my favorite drivers of all time, Juan Manuel Fangio and Sir Stirling Moss. The car won in Monaco in 1956 with Moss behind the wheel. And of course, it is beautiful. And as with many of the cars in this list, I have a personal experience linked to it. When visiting the Monaco Grand Prix Historique a couple of years back, I was sitting on the grand stand on Casino Square, when one of these cars screamed passed. Sideways. I will never forget. And one can only begin to understand what it took to master a car like that during a race. For one thing, it took immense skill and talent. It also took balls of steel. Pardon my French! The competition version of the Strada competed at Le Mans in 1964 and 1965 and were among the fastest cars down the Mulsanne straight those years. In both 1964 and 1965 class wins were achieved and in 1965 a 9th overall. The cars also competed at Sebring and Nürburgring. So this car had pedigree. And beauty. Lots of it. 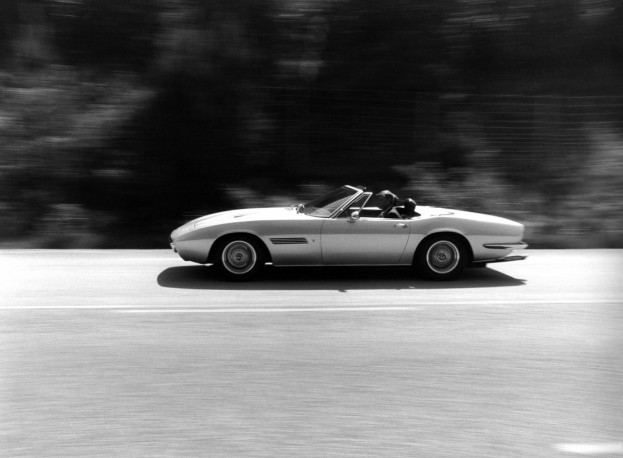 Again, a car designed by Giorgetto Giugiaro. And again a car to which I have a personal memory. In 2003, when working with Falsterbo Classic and Sports |Car Show, we hosted a concourse d’elegance event as part of the show. One of the competitors was a yellow Maserati Ghibli Spyder. The car won. It was the first time I had the chance to come close to one of these beauties, and it definitely has a place on my top 10 list. The rival Ferrari Daytona Spider is an achingly pretty car, and it is a close call when I have to chose which one of them to include. But to me, the Maserati comes out on top. Just over 100 cars were made, and I think its rarity adds to its appeal. 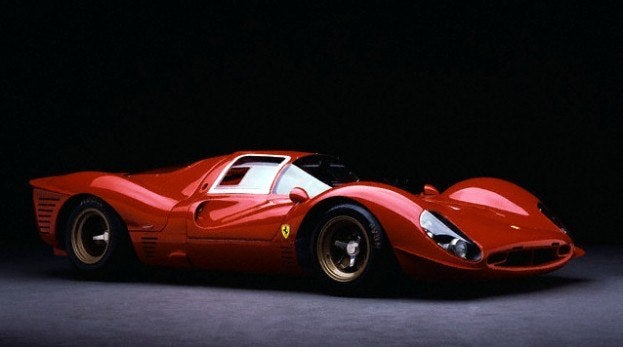 Did I save the best for last? Although I said the cars were presented in no particular order? Perhaps. I almost feel that I really can’t say anything about this car. I am not worthy to speak about it. And so I shall not say anything…Look at it for God’s sake!

Did we miss any? What are your favorite classic Italian cars? 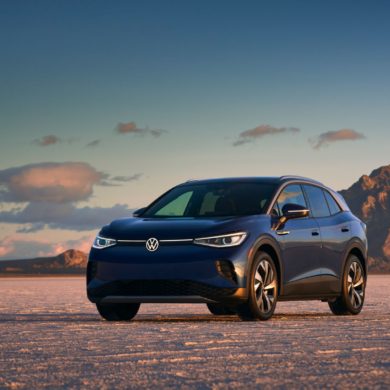