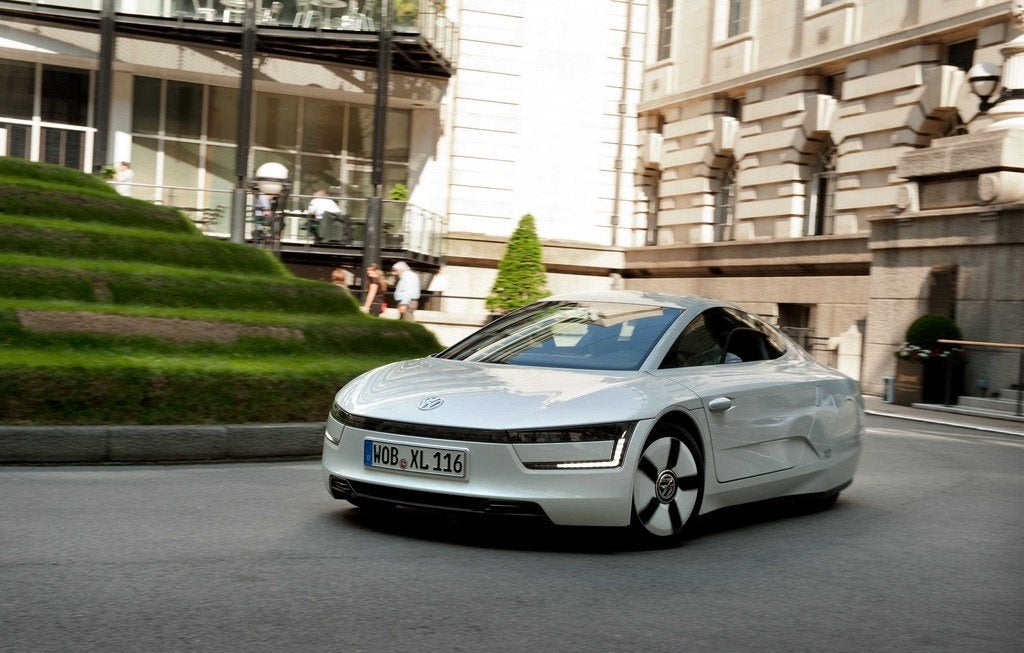 VW’s 313 mpg XL1 Takes to the Streets of London

While I was tucked away sleeping off a hangover from my friend’s birthday party yesterday, Volkswagen apparently drove right by my flat in the new XL1, showing the wild-looking plug-in hybrid that claims a hugely impressive 313 mpg (that converts to an only slightly less impressive 260 mpg in the US.)

The car’s been around for a while in concept form, but we can’t call it a concept anymore; they’re actually producing the damn thing.

Not many, mind you – they’ll only make 250 of them, at least until they gather enough data and opinion to turn it into something a bit more mass-producible. While no pricing has been announced yet, it’s gonna be expensive. Being so low-volume, they’re building these “by hand” in Germany.

The body is mostly carbon fiber to keep weight down to only 1753 lbs, which is barely heavier than a Smart car. Not bad for a hybrid. Although they’ve kept the fancy bits limited to save that weight, there are a couple cool things in there. For example, you know the little cameras that car makers have been putting on the side of concept cars for the past decade but never make it into production? The XL1’s got them. The images are displayed on screens in the interior. The main reason for that, as well as the sci-fi look of the car in general, is to improve aerodynamics as much as possible.

And of course they’ve equipped it with the always-cool gullwing doors. To get those sorts of numbers, the Volkswagen XL1 carries a 800 cc (0.8-liter) two-cylinder diesel engine paired to an electric motor for a grand total of a whopping 74 horsepower. Despite having the power of a lawn mower, the XL1 manages 0-62 mph in 11.9 seconds partially thanks to VW’s magic seven-speed DSG gearbox. Thank god they didn’t succumb to the torturous CVTs that manufacturers are throwing on everything nowadays.

While this particular model is parading around London, another model is hanging out at the Goodwood Festival of Speed this weekend, which we’ll be covering over the next couple of days.

Take a look below for a photo gallery of the VW XL1 as well as a video of the car driving around the land of tea & biscuits: 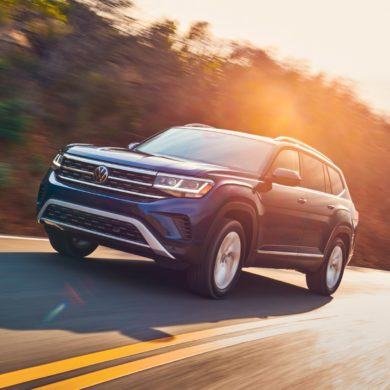