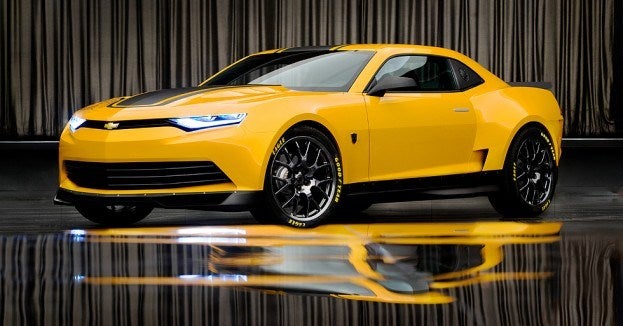 Over the past few weeks, we’ve been covering the up-to-date announcements of the cars that will be in the upcoming Transformers 4 movie. There’s been some hard-hitters, too, like the Pagani Huayra that was announced last week.

But now, we’re hearing about the big guns. In fact, the biggest “gun” of all – the brand new Chevy Camaro Concept that will play Bumblebee.

The current fifth generation Camaro has been around since the 2006 Camaro Concept, and finally produced in 2010. Since then, there have been a few minor changes here and there like bumps in power and some admittedly cool special editions – especially the fitting Camaro Transformers Edition and Hot Wheels Edition.

But a car like the new Camaro is hard to build on. It’s extreme, almost a novelty of itself, so for years now we’ve been speculating what the next step is.

Well, based on what reaction says…here it is:

What do you think of it?

Pretty slick looking if you ask me, but the headlights are very “concept-y” – I think those will change. There aren’t a ton of changes here though in terms of appearance, but more of a facelift. This concept won’t be produced as a sixth generation of course, but simply a mid-cycle refresh.

No specs have been announced, naturally, but that’s pretty irrelevant anyway at this point. We’ll be seeing much more of this car very soon. But now of course we aren’t sure what role the previously-announced 1967 Chevy Camaro SS will play.

In similar news, Michael Bay also announced that Transformers 4 will include a 2014 Argosy cab-over truck by Freightliner: 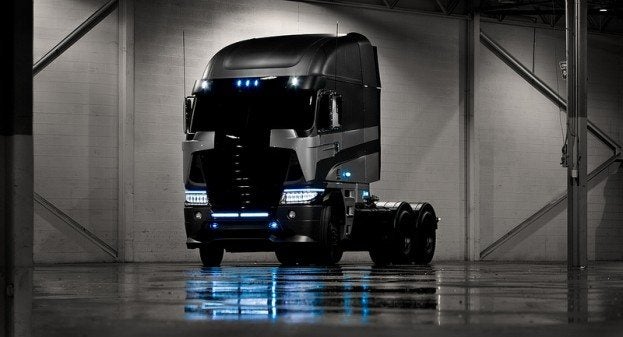 We assume that based on comments around the web that the Freightliner will play either Motormaster, leader of the Stunticons, or Ultra Magnus, chief lieutenant of Optimus Prime.

Personally, I’d put my money on Motormaster; the Freightliner just looks too sinister to be an Autobot.

As always, we’re keeping an updated list of all the Transformers 4 cars for you to keep an eye on, and will be updating it again once we hear more. 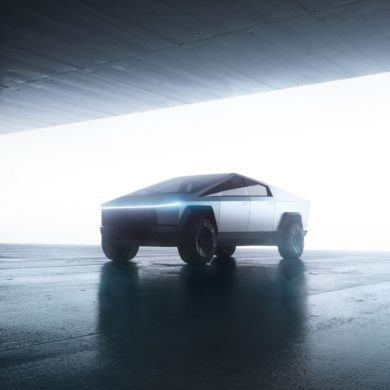 Tesla Cybertruck: The Future of Trucks? We’re Not Sure But We Like It