I have a confession to make:  when it comes to my car I’m picky and kind of a neat freak.  I hate having random things sitting around and I despise seeing exposed power cables.  I’ve never owned an aftermarket GPS because I just really don’t like the way it looks mounted on the window.  Instead, I’ve been using my iPhone for navigation and I either hold it or rest it in a cup holder and neither option is ideal. 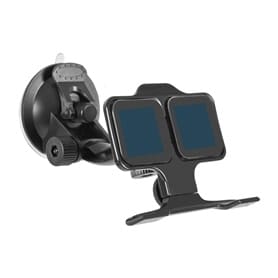 So, when I was given the option to review a universal window mount I have to say my first instinct was to decline.  Every universal mount I’ve looked at for iPhones in the past have been large and clunky and either would require you to remove your case or adjust some assortment of clamps each time you mount it.

Forget that – I’m a real person who uses a case and I use my phone for more than just navigation.  I need to be able to take my phone off the mount anytime I feel like it without having to adjust anything.  But after looking over the details of Seidio Innotraveler Universal mount, the design just seemed cool.

Timing is everything and the Seidio Innotraveler arrived at my door exactly one day before my road trip to Charleston South Carolina.  I was super excited because I’ve only been to “Chuck Town” a few times and that meant I’d be using the hell out of it.

After unboxing it, I figured out really quickly that the Seidio Innotraveler’s unique selling point is the adhesive pads.  Once situated, my phone wouldn’t budge.  It actually took some getting used to because the pads were so sticky that they didn’t want to release my phone.  After wrestling it off the first time I was pleasantly surprised that the pads don’t leave behind even a trace of residue.  Honestly, I don’t know how Seidio pulls off this wizardry but I’m hoping to see this slick tech in other areas of my life.

Table of Contents show
Setup
Where do I get one?

Setup was interesting and I must admit that I fumbled a little before finally getting it situated correctly.  There are several adjustment screws and it takes the exact right combination of events to get the mount aligned, tightened and placed correctly using the locking suction cup.

I experimented with a few locations and found that mounting it low and center was the easiest place to reach as well as the least obtrusive.  As I mentioned, at first the adhesive pads had a death grip on the iPhone and removing it was difficult.  After using the mount for a few days, they relaxed quite a bit.  It could have also been that my method for removing the phone adjusted naturally.  Rotating the phone off the pads makes it much easier.

Now that I’ve had the opportunity to use the Seidio Innotraveler for a few weeks I can say that I’m pleasantly surprised with how much I like it.  I’m probably not going to leave it installed for my daily commute because it’s just not something I need mounted on my windshield all the time.  But I will say that anytime I travel anywhere outside of my home area, the Innotraveler is coming with me.

Where do I get one?

Pick up the Seidio Innotraveler Universal Mount at the , or head over to Amazon.com to check it out, both are currently $29.95, but you’ll get free shipping on Amazon, saving you at least $9.

If you have an HTC Evo 4G, HTC Evo 3D, Motorola Droid, or iPhone, they make specialty kits just for your phone (just click on the name of your phone.) Otherwise the Universal mount is the way to go. 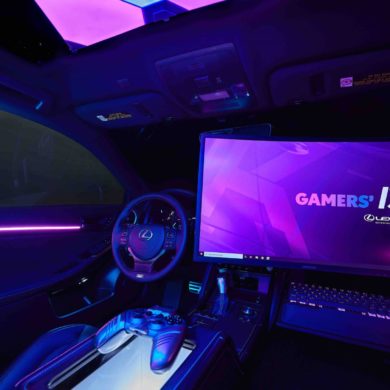