Why the Need for Speed Movie Might Suck…or Kick Ass

Have you ever seen the movie Redline? It’s a 2007 racing flick that featured cars like the Koenigsegg CCX, Ferrari Enzo, Lamborghini Murcielago, Ford GT, Porsche Carrera GT, and loads of other badass supercars. Sounds like a plot for a pretty badass movie. Here’s the trailer:

But it sucked. Bad.

The movie itself was contrived and full of cliches. On IMDB it scores a 3.8 out of 10 (which I think is a bit generous,) and is filled with reviews such as “Easily the worst automotive movie or any movie ever made. This makes Showgirls look like Citizen Kane.”

So, the throw-hot-cars-in-a-movie-and-profit formula doesn’t always work then.

So what makes us think that the upcoming Need for Speed movie, which not only might follow the same formula, but is based on a video game with no inherent plotline, might work? First, let’s take a look at the movie plot for each.

Redline:
A gorgeous young automobile fanatic – and front to the hottest unsigned band on the West coast – finds herself caught up in illegal drag-racing competitions organized by exotic car fanatics.

Need for Speed:
Fresh from prison, a street racer who was framed by a wealthy business associate joins a cross country race with revenge in mind. His ex-partner, learning of the plan, places a massive bounty on his head as the race begins.

mmhmm… what about F&F?

The Fast and the Furious:
Los Angeles police officer Brian O’Connor must decide where his loyalties really lie when he becomes enamored with the street racing world he has been sent undercover to destroy.

Take a look at an “On the set” short for the Need for Speed movie:

Because it wasn’t about racing, it was about a subculture. And it had developed characters, was a genuine action film, and even contains little life lessons. The first movie was good, but I started to lose interest after the next two, and embarrassingly I still haven’t seen F&F6 yet. I’ve heard it’s good, and I definitely need to give it a watch.

And that’s precisely why I’m worried about the NFS movie. It’s about racing. To make it good they’ll have to do a helluva lot more than car chases and stunts, no matter how many kick-ass cars are involved. Otherwise they’d do better to just put some of the racing clips up on Youtube and call it a day. 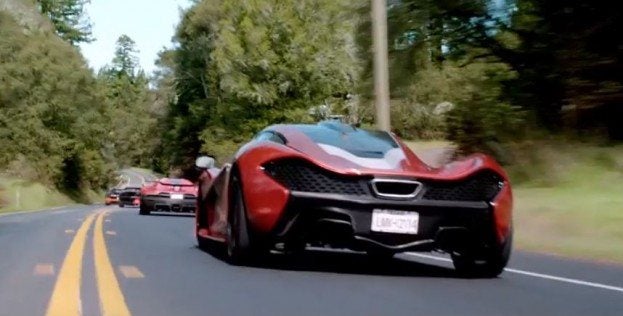 I’m a nerd for the Need for Speed series of games. I play the hell out of them. And if the movie team does a half-ass decent job, they’ll throw all sorts of references to the game into the movie.

I already mentioned quite a few of the cars shown in the clip above – McLaren P1, Lamborghini Sesto Elemento concept, Saleen S7, Koenigsegg Agera R, Mustang, Bugatti Veyron…it’s hard to beat that lineup, and once we hear about the finalized list of cars in the movie, you’ll be hearing about it.

As a worst case scenario, you’ll have two hours of supercar racing and high-action crashes.

This all means nothing

You’re right, it doesn’t. We have no idea what the movie’s going to be like until it gets closer to release, which is set for March 2014.

All we have is previous examples to go by, so let’s just hope that the team behind the Need for Speed movie learned from the mistakes of Redline and others before it, and took what made other car movies a success and builds on it.

If they think all they have to do is show supercars racing and people walking away from explosions in slow motion, it’ll be a disappointment.

What do you think of the movie so far?

Don’t lie – even if you think the movie is going to suck, you’re gonna go see it. Are you excited to see more action?

On This Page
Why it might suck
Why it might kick ass
This all means nothing
What do you think of the movie so far?