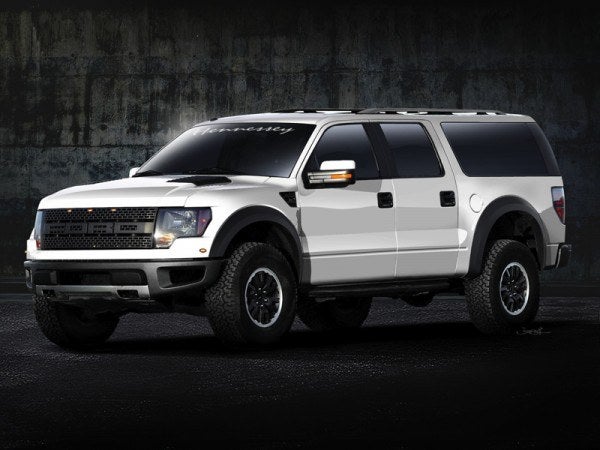 Hennessey, the Texas-based tuning company known for churning out such monsters as the 1000 hp Cadillac CTS-V, the Cadillac Escalade that beats up on a Nissan GT-R, and of course their own creation, the Venom GT which impressively took the top speed record from the Bugatti Veyron (controversial,) just whipped up what they call the Hennessey VelociRaptor SUV.

The most obvious of which is the SUV-ness of the whole thing: 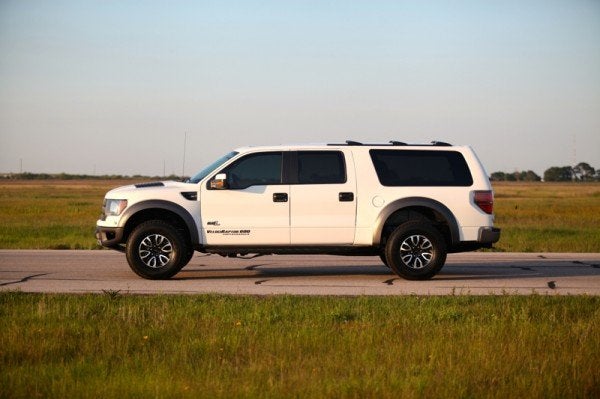 Turning a Truck into an SUV

The Hennessey team took the $44,000+ truck and converted it into an SUV. And I mean a full-on conversion, as you can see from the pics.

The VelociRaptor SUV seats up to eight people: 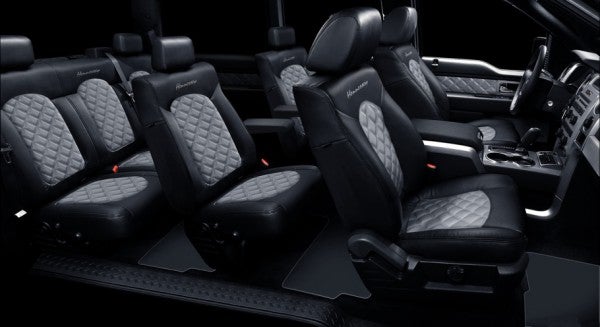 And although obviously based on the F-150, ends up looking like a more aggressive Ford Expedition from any angle other than the front: 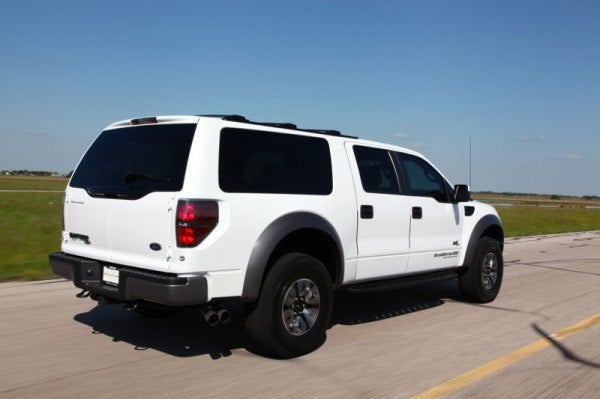 And it specs up to the Expedition quite well too, as far as seating and cargo are concerned.

So basically what you’re buying here is…

As far as utility goes, an aggressive-looking Ford Expedition with a monstrous engine.

So what about the power? 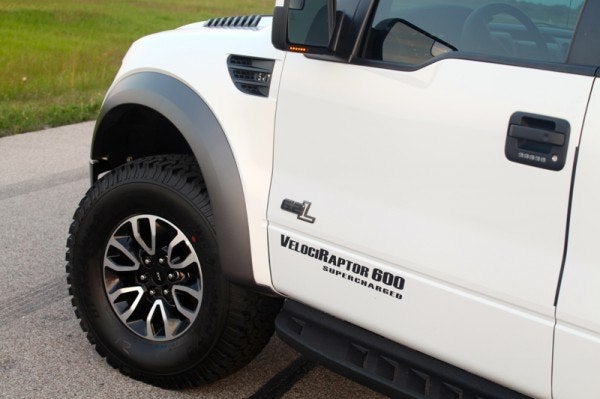 Plus, you can upgrade it – Hennessey offers an upgrade to the F-150 Raptor truck, giving it a supercharged 600 hp, and offer the same upgrade on the SUV, which would let it hit 0-60 in 5.9 seconds – 0.7 seconds slower than the truck.

But here’s the thing…

Given, they’re only making up to 30 of these per year, if there’s demand for them, but I still don’t get it.

I love the SVT Raptor – I think it’s the coolest truck on the road (next to the Lambo-smoking GMC Syclone,) and usually I’m a huge fan of Hennessey’s models, but I’m having trouble understanding this SUV.

People buy SUVs for utility – it’s in the name (Sport Utility Vehicle.) They buy it so they have a ton of space in the back to carry people and guns and deer and, I don’t know, boats and whatnot. That I get.

The Raptor was made to be a badass on-road and off, and look good doing it.

The SUV doesn’t accomplish that. Yup, it carries a lot of shit. Check. Off-roading? From the company’s press release: “the company suggests that buyers should intend using this vehicle for on-road as well as light to moderate off-road duties.” 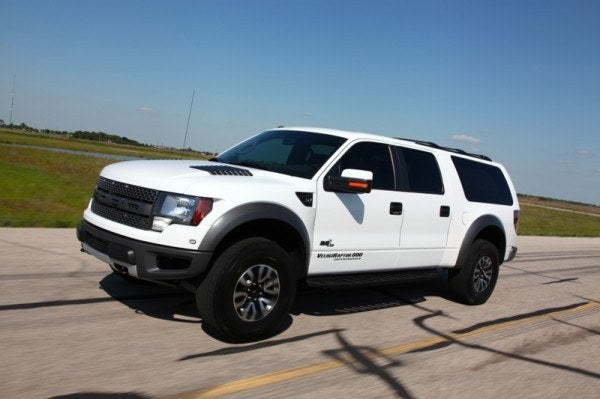 So what are you suggesting?

The VelociRaptor SUV is a cool project that some people will get. They want a giant SUV that gets negative fuel economy and has space to carry a small house if need be. It’s special, there aren’t very many made, and that’s who it’s for.

But looking at the cost, it’s slow and impractical in every way compared to its competition: 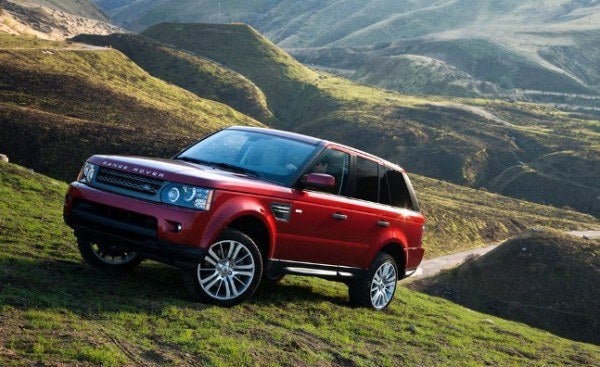 Sure, it may look like you everyday suburb-cruising grocery-getter, but the Mercedes GL63 AMG isn’t your normal Soccer Mom ride.

That’s faster than a Porsche Cayman.

So what’s your point?

All I’m saying is that for a starting price of $149,500, you have some more practical choices than the VelociRaptor SUV. I get it – a ton of work went into each one of these, you want unique, you want individual, you want American. That’s fine.

But for me, I’d always have that nagging feeling that I could be driving around a refined Mercedes or rugged Range Rover with more power, could be going off-road, faster, and have an extra $30-80,000 burning a hole in my pocket.

But then again, it wouldn’t say “SVT VelociRaptor” on the side, and I might just pull up to another one at the stoplight.

Which one would you choose?