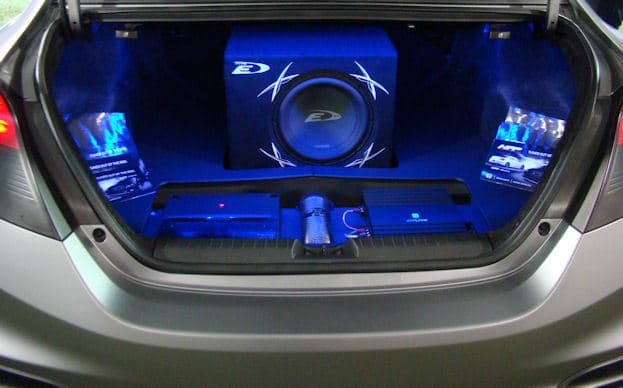 Whether we are buying a multi-million dollar supercar or a few thousand-dollar used car, the goal is always to acquire a vehicle exceeding our expectations. While performance coming from under the hood is important to many motorists, an increased focus is devoted into discovering magic in the cabin.

Once owning a 1993 Pontiac Sunbird, I accepted the most awkwardly designed radio deck fed through a factory speaker set. The second-dumbest radio deck design (first being the oval-shaped system found in the 1995-1999 Ford Taurus), the cassette player on the Sunbird needed to placed ahead of the gear shifter lever as an ergonomic nightmare. Power and stereo performance were both scarce with the vehicle but I made it work for six years. Thankfully, automotive engineering and marketing minds in 2013 realize motorists expect a better value than what went into a 20-year old economy car.

The novelty of a factory-installed AM/FM radio has worn off. So has the concept of carrying a few songs on a small cartridge or disc is even out of fashion with modern audio entertainment. Today, we are bombarded with in-dash audio deck options allowing users to access wirelessly transmitted content through touchscreens or even via voice command. Streaming radio services such as Pandora and Aha Radio delivers a completely new level of choice. Since many of us have condensed our personal music equipment down to a MP3 Player or an Apple device, almost every new vehicle provides an integrated connection to the on-board audio system. Listening to music at a consistent digital quality, it makes sense to have a capable sound system. Unless you have a premium system, the factory sound equipment lags as manufacturers routinely attempts keep costs down. Though we can expect adequate sound quality, aftermarket equipment can often bring out more vibrancy whether you’re listening to a rap track or classical music. 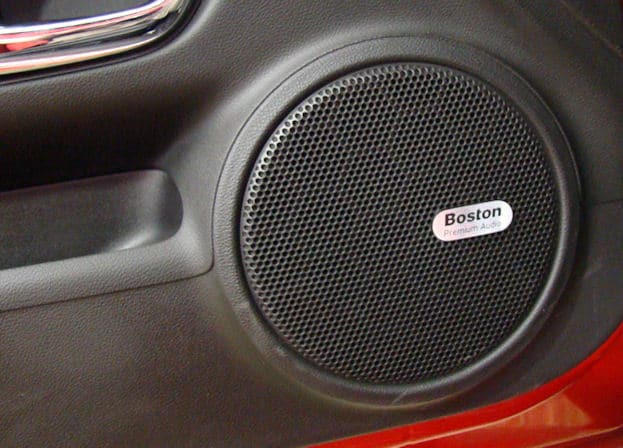 Upgrading an in-car sound system is a very involved procedure that could consume a hundred to well over thousands of dollars. An audio system upgrade often starts with a new set of speakers. Factory speakers are often constructed using paper and foam providing poor sound performance as well as a low lifespan. Aftermarket speakers can usually comprise of high quality materials such as woven fabrics and aluminum. Along with better materials, aftermarket speakers utilize sophisticated designs greatly allowing occupants to enjoy a fuller audio experience. Not only will the sound quality improve with the aftermarket speaker set, the equipment will offer improved reliability.

Beyond speakers, a sound system in a car could be aided by an amplifier and/or subwoofer. The amplifier is to the stereo system what a supercharger is to a V-8 engine. Greatly boosting the power provided to the speakers, an amplifier can help deliver optimal sound system performance. While amplifiers can be added to factory sound speakers, the best results will come when matched with high qualify speaker units. For those wanting to achieve an intense bass performance with their in-car stereo setup, a subwoofer will be the ideal. In addition to the amplifier and the subwoofer, audiophiles will likely opt for equalizers, crossovers and signal processors to achieve the maximum sound quality from their mobile music machines.

The before-stated upgrades are suited for new cars with a good quality stereo deck. Older vehicles might benefit from one of the latest units from Pioneer, Kenwood, Alpine or JVC. MP3 integration, satellite radio and even touchscreen operations can soon be incorporated in almost any vehicle.

Since I mentioned my Pontiac Sunbird, I may not qualify as an audio expert in your eyes. Due to the complexity of electronics and a desire to customize the system to individual tastes, you’re recommended to carefully study plans for installing upgraded audio equipment. 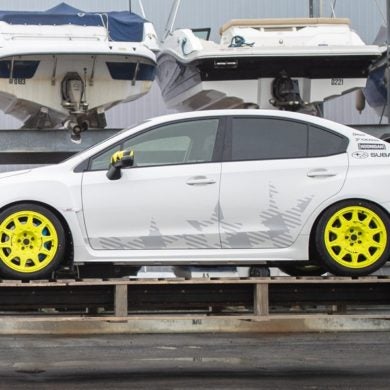