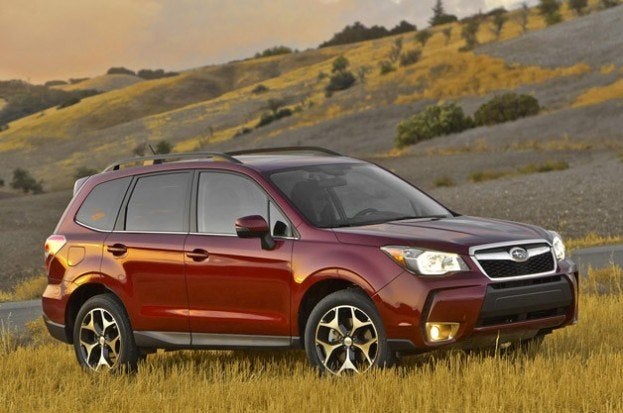 The all-new 2014 Subaru Forester was first introduced at the 2012 LA Auto Show and is the fourth-generation crossover. It made its launch here in the U.S. just recently and gets much more than just a mild refresh for the fourth-generation model. Subaru has given the crossover a complete redo both inside and out and we could see the differences as soon as we checked it out. The new Forester is built on a new platform but as before will be offered in two models, the Forester 2.5i and turbocharged Forester 2.0XT. This week we’ll be testing a 2.5i Touring model. We immediately noticed the changes on the exterior that has a longer wheelbase and lots of glass. The new model doesn’t look significantly different, but has updated styling inside and out.

Subaru made a number of important improvements on the new mid-size SUV and it competes in the highly competitive segment with the 2013 Toyota RAV4, Honda CR-V and Mazda CX-5. One of the biggest changes comes in fuel mileage. The 2014 model jumps to the head of its segment in all-wheel drive fuel economy. This 2.5i Forester with the automatic CVT will achieve an EPA estimated fuel mileage rating of 24 mpg city / 32 mpg highway / 27 mpg combined. That’s a significant improvement over the outgoing model and will be a big draw with buyers. The 2014 Forester is built on a new platform featuring a longer wheelbase and vehicle length and width is increased. Rear-seat legroom now rivals many full-size SUVs where legroom is now 41.7 inches. With the 60/40 split rear seatbacks lowered, maximum rear cargo area room is now 74.7 cu. ft., which is among the best in class. Even with the higher ground clearance, we noticed the Forester is easy to get in and out of. Up front the cabin feels spacious, the controls are easy to use and storage is plentiful. One of the things this driver noticed is the large amount of glass and how easy it is to see out the front, sides and rear. It makes the Forester feel like a much larger vehicle from the inside.

Subaru is attracting a whole new buyer with the Forester who’s never purchased the brand before: those who lead active lifestyles. The 2014 version still comes standard with Subaru’s Symmetrical All-Wheel Drive, a distinction from the competition that only come with front-wheel drive as standard and offer all-wheel drive as an extra-cost option. The fully independent suspension offers 8.7 inches of ground clearance and gives these active buyers the ability to venture off the pavement. For those of us in Colorado and the mountain states, this is a big draw and the reason Subaru sells more of their vehicles here than just about anywhere else in the U.S. 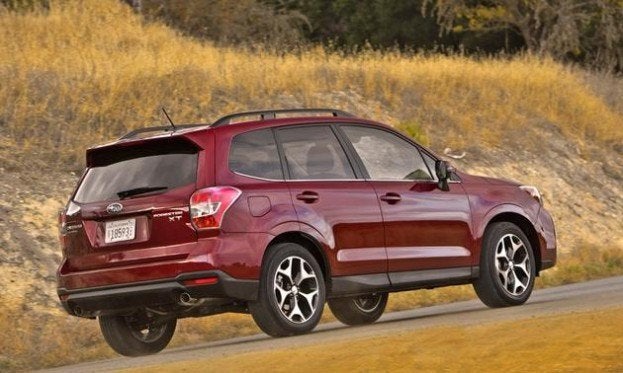 Subaru is going after a new customer, and the new 2014 Forester will be purchased by people with active lifestyles. The 2014 Forester gets a new feature called X Mode that will allow owners in North America to go through more extreme conditions both on the road and off. Most SUV owners never take their vehicle off-road, but Subaru owners are a different breed and the X Mode gives the extra assist they will need for sporting fun. We tried the new feature and were impressed with how easy it is to engage.

We took it on some unpaved and slippery roads during a late spring Colorado snowstorm. Torque was distributed evenly to all four wheels and one or more wheels began to slip, but X Mode kept the Forester moving forward without losing traction in the mud and snow. With a flip of a switch, X Mode was engaged and will allow any driver regardless of skill level, to escape any extreme situation they may encounter. Families who buy the 2014 Forester who live in harsh climates will appreciate X Mode. 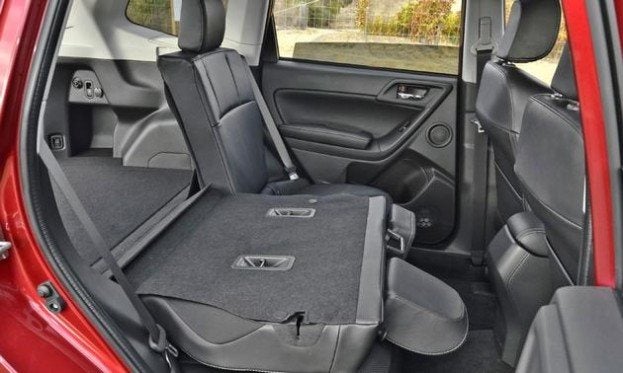 On dry roads, the 2.5i Touring model was easy to drive and handled well for a crossover. This is due to the 2.5-liter 170-horsepower four-cylinder Subaru Boxer engine that sits low in the chassis for stability. The engine came mated to the new Lineartronic continuously variable fuel-saving transmission (CVT) that didn’t feel like the typical CVT that winds up like a rubber band. The power was smooth and it had plenty of power for just about any driving situation we put it through.

The Forester is one of the safest mid-size SUVs on the road and has earned the IIHS’s Top Safety Pick. This puts Subaru in rarified air as it is the only manufacturer with IIHS Top Safety Picks for all models for the fourth consecutive year.

For families looking for a mid-size crossover that will meet all their needs, the all-new 2014 Subaru Forester 2.5i Touring is a good choice. It features the best AWD fuel economy in the segment and will take those with active lifestyles anywhere they want to go. For those who will venture off-road or live in harsh climates, the Forester is the best choice in the segment. It features more cargo room than the previous generation and can be optioned with a number of new safety features. 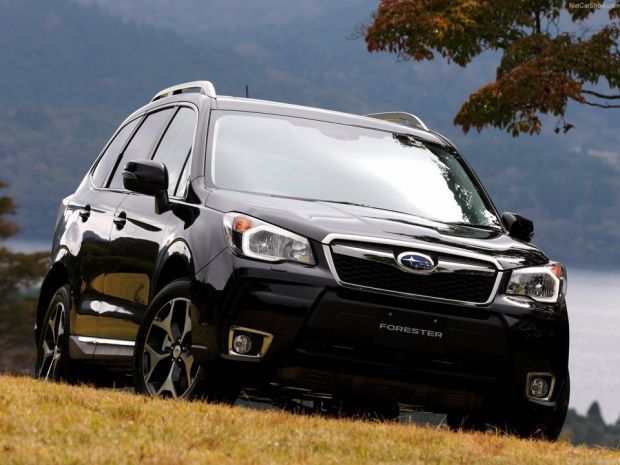