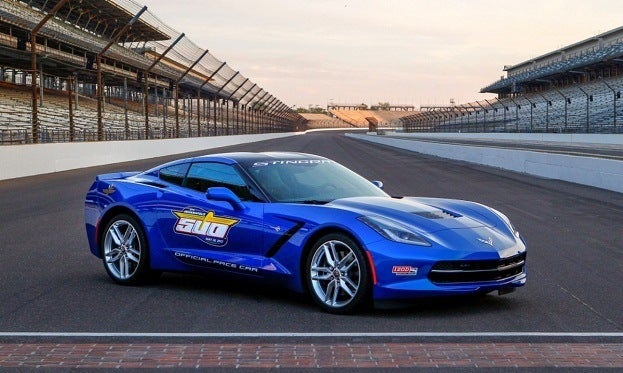 Officially entering May, the open wheel motorsport world is quickly setting up for the most famous 500-mile race. A race so much a part of the month the entire festivity operates under the “Month of May” moniker, Indianapolis Motor Speedway prepares to welcome great drivers from across the globe wanting to sip victory milk beside the Borg-Warner Trophy. The 2.5-mile oval many famously note as the Brickyard is an automotive event meant to showcase the best. Exclusively supplying the Indy 500 pace car since 1997, General Motors is given the task of providing a vehicle worthy of representing the Memorial weekend main event. After much speculation, the 2014 Chevrolet Corvette Stingray will become the 97th vehicle to lead competitors to the green flag of the Indianapolis 500. The 6.2 liter LT1 V-8 engine muscling-out a meaty 450 horsepower and 450 pounds-foot of torque, will power the 2014 Chevrolet Corvette Stingray Pace Car. Similar to the twin-turbocharged Chevrolet V-6 engine set to power some of the 2013 IZOD IndyCar entrants, the LT1 engine features the modern marvel of gasoline direct injection. Shifting through a seven-speed manual transmission, the Indy 500 pace car driver of the 2014 Corvette Stingray will be keeping pace aided by Active Rev Matching. Optional Z51 Performance Package is included on the Corvette pace car assuring power delivery will be prompt and smooth. Chevrolet emphasizes that no additional performance upgrades have been made to the 2014 Corvette Stingray pace car.

The choice to use the 2014 Corvette Stingray was undoubtedly a natural for Chevrolet. When the seventh-generation sports car was officially introduced to the press and public at the 2013 North American International Auto Show in Detroit, the 2014 Chevrolet Corvette Stingray received universal attention. When the cover was removed from the 2014 Corvette Stingray, rarely before did the premiere of a new car incite a trending status on social media. After the Detroit show, the new Corvette remains a principal attraction at every event. The 2013 Indianapolis 500 pace car duty is only icing on the cake to what has been a blissful conquering of sports car press even before the vehicle has hit the streets. Inside the 2014 Chevrolet Corvette Stingray Pace Car, the two-passenger cabin is presented with aluminum and carbon fiber trim. The 2013 Indianapolis 500 pace car’s interior equipment will deviate just slightly from soon-to-be released road-going version. Mandated safety equipment is included on the 2014 Chevrolet Corvette Stingray Pace Car providing extra precautions when lapping the Brickyard track. An LED strobe light bar mounted in the Corvette Stingray’s rear greenhouse area is the final modification performed to the pace car in preparation for the Sunday, May 26th race. The guest driver of the 2013 Indianapolis 500 for the parade has yet to be announced. Unlike the news of the pace car, the pace car driver for the 97th Indianapolis 500 should present a major wildcard for Memorial weekend‘s second-most envied drive (First being the winner of the Indy 500). 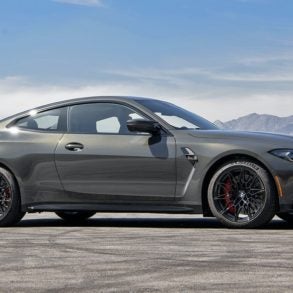