Born of a Blue Sky: A Video Review

With HD quality resolution in the hands of so many people nowadays, there’s no shortage of on-line video compilations of automobiles. Auto shows, races or personal exhibitions of vehicles has brought the beauty of mechanized motion to a wide audience.

Through my YouTube channel, even I have contributed to the countless collection of automotive related video.

Keeping my videos in of the equation, the quality of the footage and compilations can indeed vary from amateur to masterful film-making. A vivid account of the 2013 Amelia Island Concours d’Elegance, Born of a Blue Sky is on the higher end of the production scale.

This week, I have been introduced to a particular online video treat created by Justin Lapriore of LetsMakeMedia. Over 16 minutes in length, the Born of a Blue Sky captures some of the most regal examples of motoring excellence.

A short film shot at March’s Amelia Island Concours d’Elegance, Born of a Blue Sky grabs attention by capturing more than static displays of priceless vehicles. Seeing breathtaking cars powered by engines more than half a century old rolls to life on the Florida golf course is worth watching the video once.

The film focuses on several marques celebrating anniversaries. Spawned as a direct assault on Ferrari’s sports car crown after Ford Motor Company’s failed bid for the Italian car builder, the GT40 was one of the first vehicles honoured in the film.

50 years since the conception of the Ford GT40 racecar, Born of a Blue Sky leads the video presentation early. An event that attracted several different Ford GT40s, the 2013 Amelia Island Concours d’Elegance also featured the appearance of Dan Gurney who co-drove the supercar to the 24 Hour of Le Mans victory in 1967.

Along with the Ford GT40, lead vehicle roles in Born of a Blue Sky have Porsche 911 sports cars, various Lamborghinis and a 2014 Chevrolet Corvette Stingray notably sharing in memorable film moments. There is also two potent moments of ride-along footage in Born of a Blue Sky. The first was a high-performance experience on-board a Porsche race car.

A ripping roar blast of the rear-engined vehicle on an airport is captured with brilliance from several camera positions. Another enjoyable ride-along is captured as part of a tour. Riding on-board a lovely red Lagonda roadster, the footage following the Porsche ride captures two radically different but infectious moments in motoring.

While the vehicles are the most alluring part of the film, Born of a Blue Sky treats us to the true beauty of the cars beyond simply showing greatness. The sound of a Ford GT40 engine revving in one of the film’s opening scenes is one of those memorable engine noises.

The pulsation of the Ford V-8 is raw 1960s performance you would not typically associate with an automotive concours (that is a refreshing thing). By the sound of the audience, the Ford GT40’s element was accepted at the premier exhibit. Throughout the film, the use of music has also been well applied.

Born of a Blue Sky fittingly revealed what was a superb outdoor automotive display. Occurring while I am living in what appears to be a never-ending winter, the 2013 Amelia Island Concours d’Elegance has been shown in all its glory through Justin’s video.

Check out Born of a Blue Sky here: 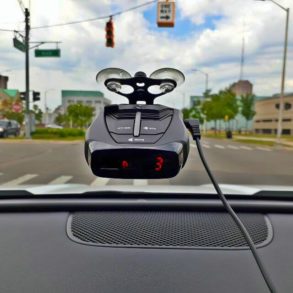