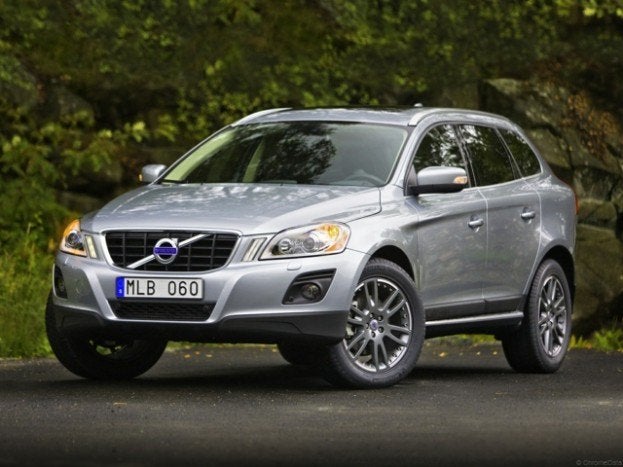 Volvo hasn’t been known for sleek styling, but the 2013 XC60 is the most stylish crossover the brand has designed and won’t be confused with the boxy station wagons of the past. The Volvo XC60 is the smallest of the Volvo crossover family, which includes the XC70 and XC90, and looks like a smaller version of the XC90.  The luxury crossover competes in the mid-size SUV segment along with the Audi Q5, BMW X3, Mercedes-Benz GLK and Acura MDX. This week we’ll be test driving the 2013 XC60 T6 AWD ($40,450) model.

The XC60 carries over to the 2013 model year basically unchanged except the crossover gets some nice standard upgrades like automatic headlights and wipers and keyless ignition/entry and a Sport Mode for the six-speed transmission. This XC60 tester came with the optional navigation system with RTT technology package that features a number of new safety systems that we’ll test this week.

Modern exterior carries over inside

Inside, the XC60 seats four comfortably, and has accommodations for five with a bit of coziness. The crossover offers more cargo space than nearly all its competitors. The more modern exterior look carries over inside the XC60. The mid-size SUV has the Swedish details we have come to expect from the brand with high-quality materials and classy trim accents throughout. It definitely has an upscale feel when you sit behind the wheel. The cabin is attractively finished and the fit and finish is top notch.

The best thing about the design of the cabin is the layout is simple and easy to understand. Unlike some of its German competitors, the XC60 has knobs and buttons that are easy to use. This tester came standard with leather seats, a panoramic sunroof, leather and silk metal steering wheel, heated outside mirrors  and tilt/telescoping steering wheel. An optional climate package ($900) added heated front and rear seats, heated windshield nozzles and interior air quality system. The seating arrangement is flexible with 40/20/40 folding and flat folding rear seats for extra cargo room. It offers nearly all the features you’d expect in a luxury vehicle, including optional heated rear seats, rear-seat video and superb surround audio. This tester came with the optional rearview video camera that is especially appreciated for its assistance in parking lots. The video display bends a set of superimposed guidelines to reflect the car’s path based on the position of the steering wheel.

Safety abounds on the XC60

This XC60 came with the optional Platinum package ($4,600) that includes lots of safety technology. This package adds adaptive cruise control, a collision warning and active brake system, a distance alert system, a driver attention warning system, a lane-departure warning system and a Road Sign Information display. Volvo is known for safety and the XC60 The XC60 gets the highest possible scores in various government and insurance industry (IIHS) crash tests.

While driving the XC60 with the technology safety system, it produced warnings whenever there was an object in the cars path. At first the system was welcomed by this driver until we were in heavy stop and go traffic commuting home from Denver. As the car was creeping along in heavy traffic, the warning sound kept going off as cars around were next to and close proximity in front. It seemed excessive and a bit annoying. The system seemed much too sensitive for the speeds we were going.

Sport Mode is for driving enthusiasts

The XC60 T6 AWD comes with all-wheel drive and is powered by a 3.0-liter turbocharged inline-six producing 300 hp and 325 lb-ft of torque. The T6 uses a six-speed Geartronic automatic transmission with a new Sport-Mode. The transmission in Sport-Mode worked extremely well in the mountains west of Denver. Its well-executed sport setting reassigns shift points to maximize the engine’s power curve and extends the transmission’s stay in each gear. 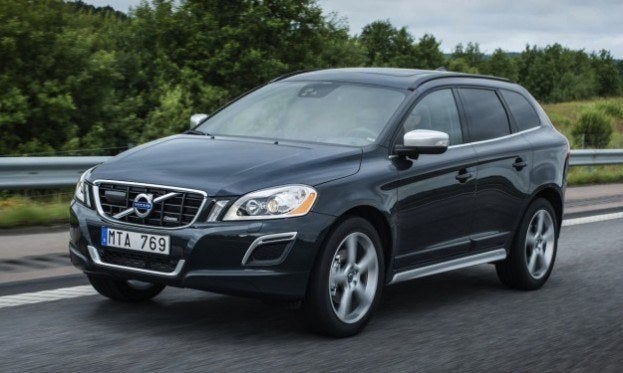 It is ideal for climbing or descending grades and suppresses unwanted hunting among gears. The driver can also choose a specific gear and override the electronic brain’s preferred selection for more spirited driving. In full Auto mode, when the XC60 is driven in the city, shifts are smooth, if not invisible. It offers the best of both worlds and gives drivers some fun while driving the XC60. The XC60 T6 gets descent fuel mileage if you keep your foot out of the turbo. EPA estimates are 17/23 city/highway.

Denver experienced a big three-day spring snow storm and it was the perfect situation to try out the all-wheel-drive with Instant Traction. The all-wheel-drive system operates seamlessly, and is perfect for cold weather climates. Families will like the system because the driver will almost never know when it’s working. The system works full time and the driver never has to anything. In dry conditions, 95 percent of the engine’s power goes to the front wheels and 5 percent to the rear.

But if the system senses the front wheels slipping, up to 65 percent of the power goes to the rear wheels for maximum traction. The system is designed for families who will use the crossover for normal bad weather conditions and its not really designed for off-road use. But the XC60 does have 9.1 inches of ground clearance and will traverse terrain that would be impossible in some other crossovers.

The Volvo XC60 is a stylish mid-size SUV that seats five and offers plenty of cargo room.It’s not too big and is a great commuter vehicle for those in the city. It’s maneuverable and pleasant on freeways and city streets. It offers more cargo capability than its competitors, with great cargo/seating flexibility, and it’s loaded with Volvo’s trademark safety technology. With good ground clearance and optional all-wheel drive, the XC60 offers all-weather driving comfort. The upgrade turbocharged T6 engine is powerful and with the new Sport Mode, it’s a good choice for the driving enthusiast in the family. 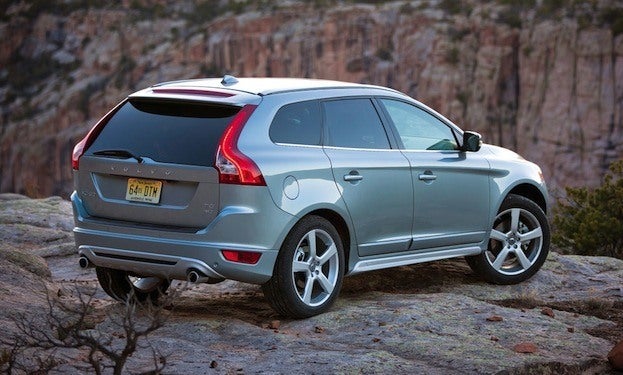