The luxury car business is one of the machine’s equivalent of a popular contest. Every premium vehicle represents beauty, power, honour and pleasure in their own particular style. For a long time, the only way to win the game was with a super-exotic. The advent of a new luxury car class evolution has changed the ambitions of competitors over last few years. Do not merely desire the top pedestal position; they want to dominate a diverse luxury car segment!

Cadillac entered the 21st century as a forgiven starlet. Struggling for a long time to adapt to a changed world, a new Cadillac division emerged in 2002 with the introduction of the CTS. Wanting a vehicle that could compete against foes at Mercedes-Benz, Lexus and BMW, the Cadillac CTS succeeded in gaining meaningful ground in the mid-sized luxury car segment. From the DNA of the Cadillac CTS, the American luxury car brand was successful in developing a desirable vehicle line-up. With the introduction of the Cadillac ATS and the plug-in hybrid ELR, we have grown accustomed to a radically new Cadillac. For the 2013 New York International Auto Show, the car accredited for reinspiring the wayward auto brand again becomes the focal point for Cadillac.

Thanks to the remarkable aptitude of some members of the motoring press for spoiling surprises, the 2014 Cadillac CTS’ unveiling at the New York International Auto Show became an anti-climatic experience. Up until the pictures circulated on-line, no one outside of General Motors would have known the extent of the 2014 Cadillac CTS’ redesign. 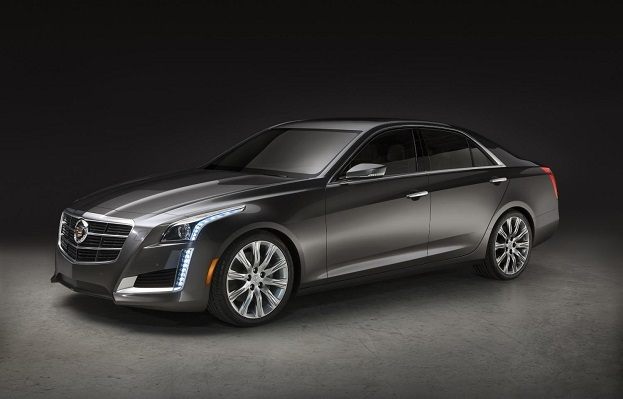 A front end featuring some design cues reminiscent to the ATS, the 2014 CTS sedan wears a wider Cadillac grille on a most aggressive face. Evolving beyond the stacked headlamps featured since the first CTS, the 2014 Cadillac CTS is accented by a set of LED lights. Contoured in a naturally flowing pattern right up the hood, the bodylines are etched for enhanced 3-D definition.

Five inches longer than the previous CTS sedan, the four-door entry of the 2014 Cadillac CTS sedan appears wider and more inviting. Projecting an executive car look at the side, the 2014 CTS incorporates aluminum door structures for the first time on a Cadillac. The doors and other lighter weight components of the new sedan counteract the vehicle’s newfound size. Even as the total length and wheelbase of the 2014 Cadillac CTS grows, the new vehicle’s curb weight is advertised to be up to 150 pounds less than the 2013 version of the sedan.

With the lighter weight, the 2014 Cadillac CTS sedan touts exceptional handling. Electric power steering is standard on all models of the 2014 CTS. Brembo brakes on the new Cadillac sedan slows a variety of aluminum wheel sizes designs ranging from 17-inch to 19 inches in diameter. For highly dynamic handling, Cadillac’s Magnetic Ride Control is optional on the new CTS sedan. Brought to light earlier this month, Cadillac’s first twin-turbocharged production engine will be the top-end powerplant for the 2014 sedan. The Cadillac Twin-Turbo V-6 LF3 engine is a technologically advanced unit that pumps out 420 horsepower while touting fuel economy above 20 miles per gallon. Also joining the 2014 Cadillac CTS is the two-liter turbocharged, four-cylinder powerplant that generates 272 horsepower. The small engine will offer fuel economy up to 30 miles per gallon highway aided thanks to the 2014 CTS’ active grille shutters. Between the two new engines, the 3.6 liter V-6 returns with an output of 321 horsepower.

Rear-wheel drive is equipped with all 2014 CTS engine choices but the two-liter turbocharged four-cylinder and the 3.6 liter V-6 offers the option of all-wheel drive.

The Cadillac Twin-Turbo V-6 engine will be sold under the CTS Vsport name. The 2014 Cadillac CTS Vsport offers a full array of performance-oriented components to make the most of 420 horsepower. A heavy-duty cooling system, quick ratio steering and an electronic limited-slip differential is part of the CTS Vsport model that rides on standard 18-inch aluminum wheels. Presenting only the sedan in New York, we should look forward to seeing the Cadillac CTS styling shaping the Sport Wagon and coupe variants. In addition, with a Cadillac Twin-Turbo V-6 engine raising the performance bar, eagerness to see the next Cadillac CTS-V model will consume the thoughts of many awaiting hyper-powered luxury. 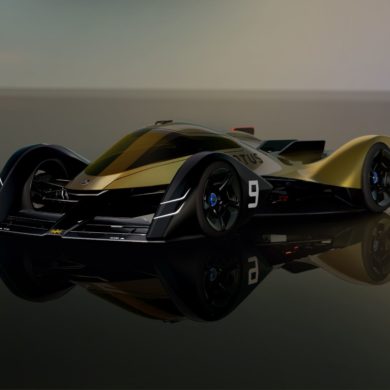