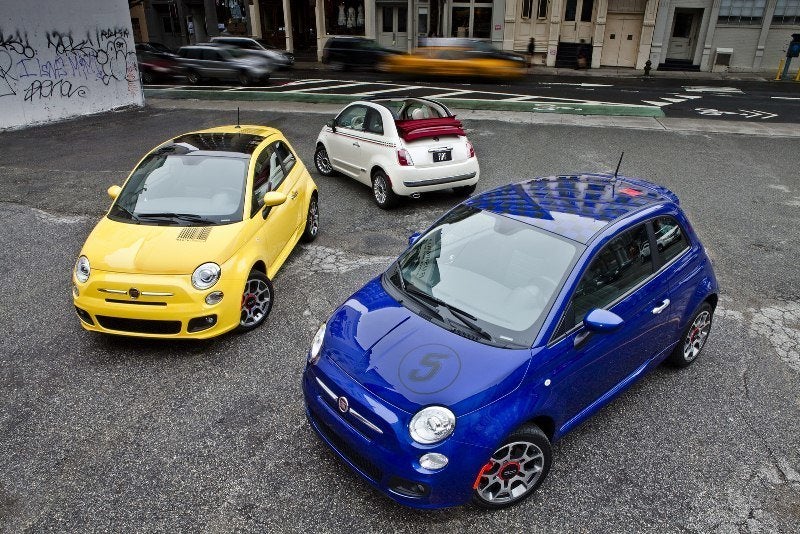 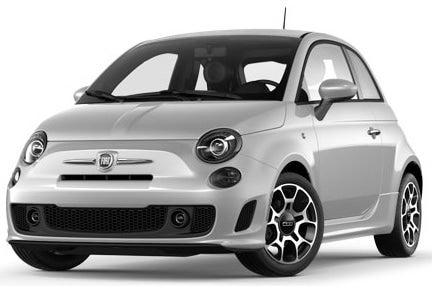 Since its introduction 5 years ago, the Fiat 500 has surpassed one million vehicles sold worldwide.  It’s going into its second year in the US and sales here are just a fraction of that.  Fiat is hoping to change that by expanding our 500 line-up.  In 2012, they introduced the Abarth, which sold out in one month.  For 2013, the Abarth returns as well as a new offering — the Turbo.   Having never driven a 500, I decided to compare the three sportiest models.  Check out my comparisons and decide for yourself—how do you like your Italian?

Consider the Fiat 500 Sport the marinara of this group.  My test car had the standard Fiat 500 equipment (equipment details here) plus the standard equipment for the Sport model including sport seats, sport suspension, different front and rear fascias, rear spoiler, 16-inch alloy wheels, red brake calipers, fog lamps, and Alpine audio system.  Options on the tester were the Tom-Tom navigation – a tack on unit that plugs into the top of the dash ($400) and a real spare tire in lieu of the standard repair kit ($450). The total came to $19,050 including $700 destination.

The Sport’s interior was better than I expected in a sub 20-thousand dollar car.  The seats had good lateral support and while the position of the adjustment controls took some getting used to, the overall seating position was comfortable.  Visibility was great and I never felt cramped. 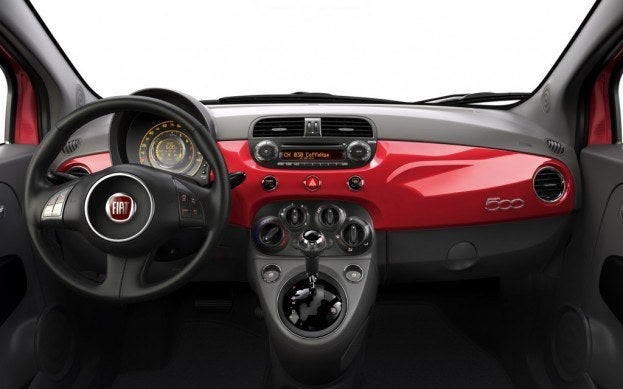 Acceleration was much better than I anticipated with only 101hp.  The 500 Sport accelerated to city speeds quick enough and effortlessly and  I had no problem keeping up with Chicago traffic.  As a real acceleration test, I took a quick detour onto the expressway.   While initially apprehensive, I merged onto the expressway just fine and accelerated to highway speeds without complaint from my fellow motorists.  Road and wind noise were also much lower than expected.

All the models I tested had a ‘Sport’ button that modifies steering response and shift points on models with automatics.  I thought it also felt like throttle response was improved, especially in the Sport model. The ride of the 500 Sport is surprisingly good for such a small car.  I hit more than my fair share of Chicago’s street imperfections and the 500 soaked them up without any protest from its chassis.

Consider the Turbo the Bolognese of the group.  It is a step above marinara, adding meat to an already good sauce. 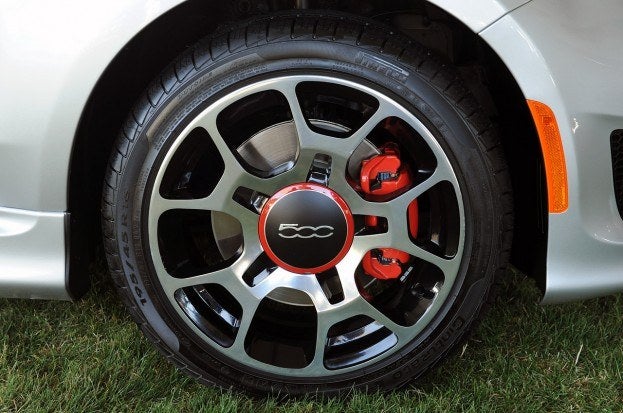 The interior look, feel, fit and finish of the Turbo was surprising — more upscale than I expected.  The soft leather of the steering wheel and gear shift lever added to the already comfortable Sport model. As you would expect, the additional 34 horses provided added confidence on both the city streets and highway.  I rocketed down the short on-ramp accelerating to highway speeds earlier than necessary. The Turbo shares the suspension with the Sport, so the ride was similar.

Arrabbiata comes from the Italian word arrabbiato that means angry Italian. It is an accurate description of the Abarth starting with its looks. The exterior has the Abarth’s token scorpion-themed badges in the grill, wheels, and front fenders. The engine has a 25hp jump above the Turbo with a 160hp, a very throaty dual exhaust, heavily bolstered sport seats, three-mode stability control, stiffer suspension, turbo boost gauge, Abarth-only wheels, side skirts, rear fascia with splitter, flat-bottom leather steering wheel, and aluminum pedal covers. 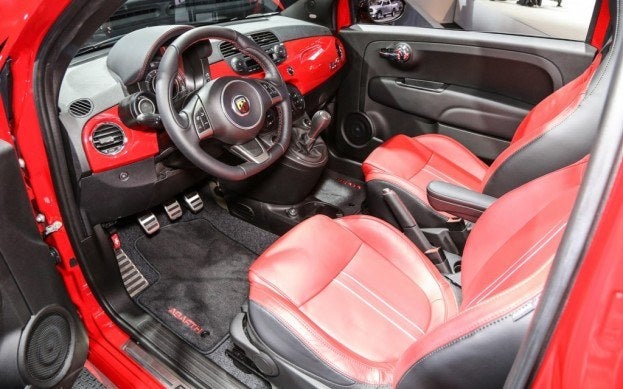 Surprisingly, the Abarth’s additional 25 horses do not come with a MPG penalty as it gets the same 28 City/34 Highway as the Turbo.

The Abarth’s interior with aggressive seats, red stitching, and chunky, flat-bottomed steering wheel says is all about the business of speed.  When you start the car you notice the exhaust note immediately — a deep little burble out of the dual exhaust that easily makes its presence known inside.  As you shift, the turbo opens its wastegate which sounds pretty cool. It is plenty quick and as expected, it is the fastest of the bunch.  Some will protest that a 6.8 second zero to sixty time isn’t fast, but all the 500’s feel faster than they are.  The Abarth’s ride was more firm, but still not terribly jarring.  The entire time on my test drive I kept thinking, “This thing would be a blast on a track”.

With this comparison, I wanted to find out the differences between the sportiest of the Fiat 500’s.  My recommendations are as follows.  If you predominantly drive in the city, get the 500 Sport.  It is quick enough to get you around town and on the occasional highway ride to the family. If you like factory street racers, the Abarth provides a great starting point.  From its looks to the exhaust note, this thing is a cool little package that begs to be thrashed.  For me, the best compromise was the Turbo.  It had enough extra power and additional interior appointments while still preserving the best of the Sport.  Hands down, these are fun cars that have left enough of an impression on me to add them to my list of potential next cars. 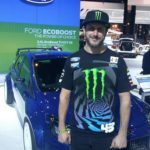 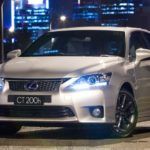 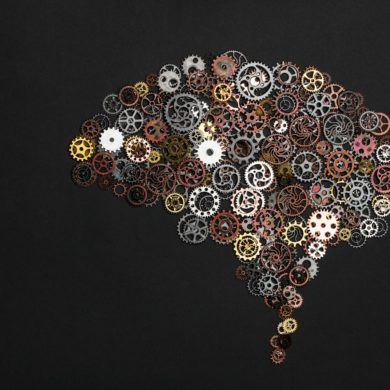