I’m pretty sure that the Bentley EXP 9 F SUV does bad things (real sophisticated analysis there, I know) for the Bentley brand every time it pops up on a website somewhere. That’s because most people hate it. It’s inevitable though that pictures of it are going to circulate every time we hear a bit of news about a Bentley SUV.

That’s because the EXP 9F is the only official glimpse from Bentley about what the future SUV could look like. If I was Bentley, I would rush out some other sketch at least for us in the media to use instead. The Lamborghini Urus, on the other hand – now that’s an exotic SUV done right……but we digress. Just when we thought the Bentley SUV was out of the news for a while, here it goes popping up again. 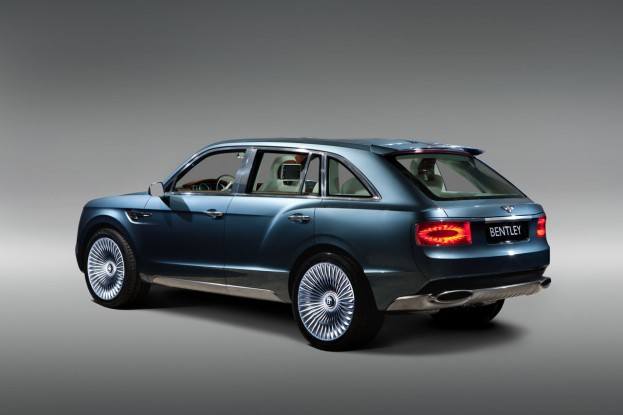 Last we heard, the Volkswagen Group was undertaking an effort to conserve development cash for essential programs – meaning new models from Bentley and Lamborghini could have been delayed. Volkswagen Finance chief Hans Dieter Poetsch Spoke about this at the Paris Motor Show in September, saying that it is “normal that one looks for items that aren’t imperative.” Is a new Bentley SUV imperative? We’ll leave that decision up to you. The effort is due to the continued weakness send instability of the European market.

At the time Bentley spokeswoman Kerstin Sachl said the brand was pushing for an approval by the end of 2012. Volkswagen’s board met on November 23rd to approve future models and research and development spending. Now, via Automotive News comes the report that the board approved the new Bentley SUV. Officially, Bentley says it is still waiting for an official greenlight from VW. As far as how it will look, there is hope.

Bentley CEO Wolfgang Schreiber said at the North American International Auto Show last month that the SUV will be styled similar to the rest of the Bentley lineup. What does this all mean? We still don’t know what the new Bentley SUV is called, but you can make a good bet that it will be coming. The profits are just too much to resist – watch, it’ll outsell the Continental GT just like that.