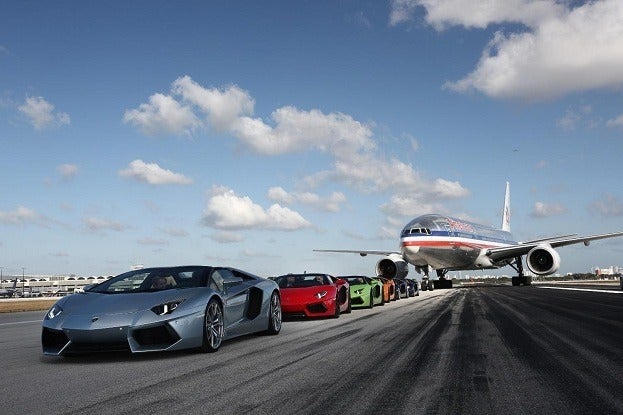 In the fashion world, the runway is a focal point where style and vision is showcased. Debuting looks projecting power, poise and elegance, there is a burning desire to win over an audience (particularly social elite figures). Similar to the driving ambition of fashion designers, exotic car manufacturers also crave the peak of motoring perfection in their creations. In order to show off the beauty of high performance, Lamborghini has taken five examples of their latest Aventador LP 700-4 Roadster down its own runway trip (a Miami International Airport runway). In the case of supercar style, the Lamborghini Aventador LP 700-4 Roadster’s appearance on the runway would convey some timeless style.

Inaugurating a 10-day publication blitz directed towards media and dealerships, the 700-horsepower open-air Lamborghini supercar set out to match or beat the speed of a commercial jet airliner. The amusing time trial session of car versus airliner was a carefully orchestrated move between Lamborghini, Miami-Dade County Officials as well as the FAA (Federal Aviation Administration). Allowed to proceed when arriving and departing flights were not disturbed, five Lamborghini Aventador LP 700-4 Roadsters performance potential was demonstrated in a unique way.

Celebrating 50 years, Lamborghini supercars is a certified Italian fashion house making excess speed in vogue. On the same day as the Miami International Airport runway exhibition, a parade of 50 cars rolled down Collins Avenue in Florida’s South Beach. Even traveling the speed limit, Lamborghini vehicles gather an admiring crowd. However, when a vehicle like the Lamborghini Aventador LP 700-4 Roadster is pressed to its limits, it obviously enters a secluded zone. 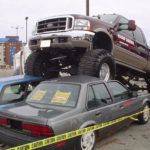 Previous
What to Do After A Car Accident 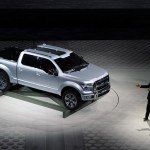