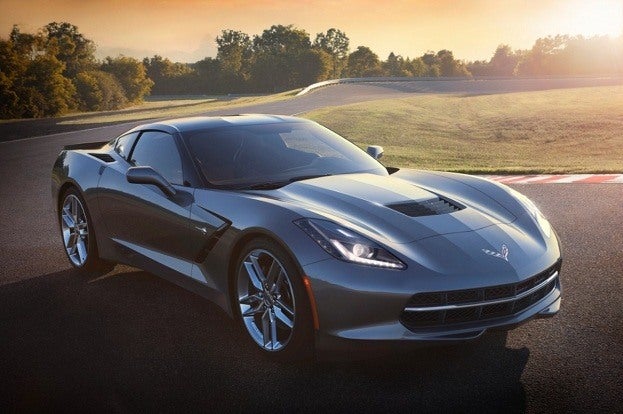 For too many of us, the prospect of buying a Chevrolet Corvette is the figment of dreams. When the 2014 Corvette Stingray premiered a week ago at the 2013 North American International Auto Show, the sense of wonder flowing from the 2014 model year sport car’s design and performance promise was no doubt accompanied with some dejected feelings for a vehicle we‘ll never own. While many will find a more financially accessible vehicle to partake in motoring moments, Chevrolet clearly feels confident enough drivers will choose the sport-oriented Corvette Stingray to indulge their road-going desires.

Within the group who possess the resources to own a new Chevrolet Corvette, the enviable position is to purchase the first vehicle of the seventh generation. Saturday night of the 2013 Barrett-Jackson classic car auction in Scottsdale, Arizona presented a guarantee for one person to obtain car number one for the next chapter of Chevrolet’s iconic sports car.

In what is becoming a new tradition when Chevrolet begins production of a significant vehicle, the future ownership of the first customer version is auctioned off for charity. For this year’s edition of the popular Arizona auction, honours of owning the first publicly sold version of the 2014 Chevrolet Corvette Stingray was a hot edition to the 2013 Barrett-Jackson catalogue. The Corvette Stingray sale is especially hot since the first ever public eyes had only begun to fascinate on the 2014 model year sports car at the Detroit auto show. An auction for a yet-to-be built coupe variant of the new Corvette Stingray, the special vehicle will be branded with a Vehicle Identification Number immortalizing the car’s production with a code ending in 0001.

Recognized as lot number 3,016 at the 2013 Barrett-Jackson Scottsdale auction, the 2014 Chevrolet Corvette Stingray was presided by a 1968 Corvette L-88 racecar that garnered a one million-dollar bid. Shortly after a prototype version of the 2014 Corvette Stingray was parked on the auction’s stage the price quickly shot up in hundred thousand dollar increments. Each dollar that the no reserve auction lot earned meant a higher donation to the Detroit-located College for Creative Studies. Reaching the $1,000,000 mark, it took only a $50,000 bid for the victorious buyer to win the 450-horsepower Corvette Stingray. Successful in obtaining the car was Rick Hendrick with a $1,050,000 (however, the Barrett-Jackson listing declares the bid as $1,100,000 taking into account the buyer‘s commission paid to the auction company). 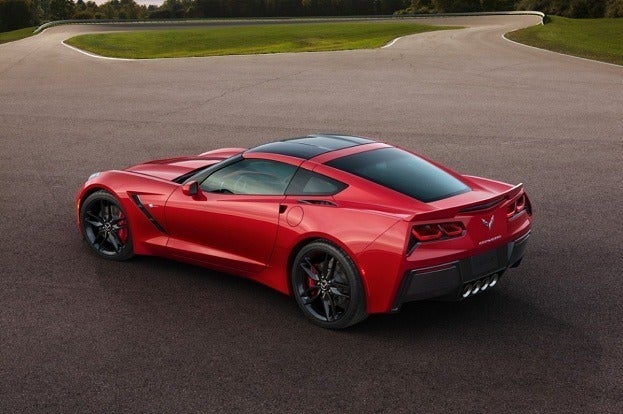 A car dealer turned Chevrolet motorsport’s top supporter since the 1980s, Rick Hendrick is best known as the team owner behind over 200 race victories and 10 driver championships in the NASCAR Sprint Cup Series. For the 2013 NASCAR Sprint Cup season, Hendrick Motorsports will campaign the 2014 Chevrolet SS with drivers Jeff Gordon, Jimmie Johnson, Dale Earnhardt Jr and Kasey Kahne. From 1985 to 1988, Hendrick’s race organization became part of Corvette history at the professional sports car racing level. The Chevrolet Corvette GTP, in Hendrick Motorsports hands, would collect two victories in the IMSA GT Championship for what was otherwise a lackluster effort hurt largely by technical problems.

Rick Hendrick’s recent winning history has also consisted of achieving highest bid in most, if not all, auction for the earliest produced Chevrolet vehicles. Hendrick already has the first Chevrolet Camaro, the first Volt plug-in hybrid and the first Corvette ZR1. Purchasing the first customer available 2014 Corvette Stingray, Rick is able to specify the colour and equipment of the vehicle wearing the VIN ending in 0001 ahead of picking it up in a special ceremony. After all, spending $1,100,000 for a vehicle that will certainly retail for a fraction of that cost should entitle him to some special benefit (aside from first seventh-generation Corvette Stingray isn‘t enough).