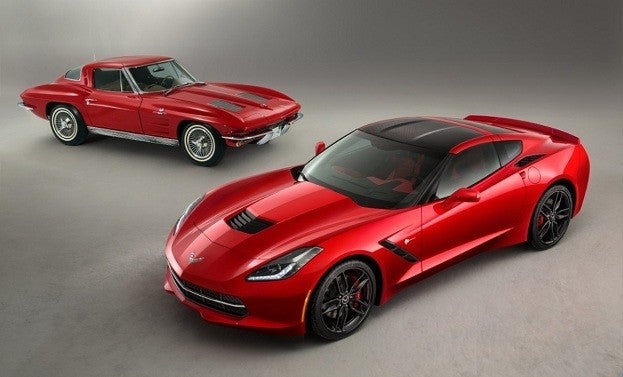 A Sunday night in January had never meant so much to automotive enthusiasts as it did just over 24 hours ago. An event attended by select members of the press along with virtual viewers through a multitude of webcast sites (YouTube recorded over 56,000 watchers to a dedicated Chevrolet live stream prior to 7PM Eastern time), we were granted sight of a rare mechanical metamorphosis.

In the past 60 years in world history, there has been 23 James Bond movies, 12 New York Yankee World Series champion teams, 11 presidents of the United States and 25 seasons of Survivor. While the last example may not compute for many as a historic milestone, it does highlight a rare moment in the automotive world.

Only six generations of the Chevrolet Corvette have been presented as a catalyst to the American motoring landscape. Every time reaching into different performance boundaries, each major redesign of the Corvette has become a reference point in six decades of sports car history.

As we stand in 2013, it is a time where all automobiles are encouraged to break the molds of previous vehicles. On Sunday, the seventh-generation Chevrolet Corvette defines an all-new realm for high-performance driving.

Being one of the many who watched the live streaming presentation of the C7 version of Chevrolet’s enduring sports car, I sat in awe as the Corvette Stingray was first displayed for public eyes. Plainly said, the creative, new shape to the classic two-seat Chevrolet is a spectacle worth the attention it has or will receive in the coming days, weeks and months.

The most impacting change comes purely by announcing the 2014 model name. The word Stingray is revived in relations to the Chevrolet Corvette after an absence since the mid-1970s. Depicted in either one or two words, Stingray has been part of some great Corvette memories.

The moniker’s retirement resting on performance-choked Chevrolet Corvettes of the 1970s made the return of Stingray for the 2014 model year vehicle a liberation. General Motors vice president of global design Ed Welburn expressed, “We knew we couldn’t use the Stingray name unless the new car truly lived up to the legacy. The result is a new Corvette Stingray that breaks from tradition, while remaining instantly recognizable as a Corvette the world over.”

After 35 years, the wraparound fastback style rear window is abandoned on the new Corvette. It is also the first time that side rear windows will be seen on a Chevrolet Corvette since the 1962 removable hardtop. 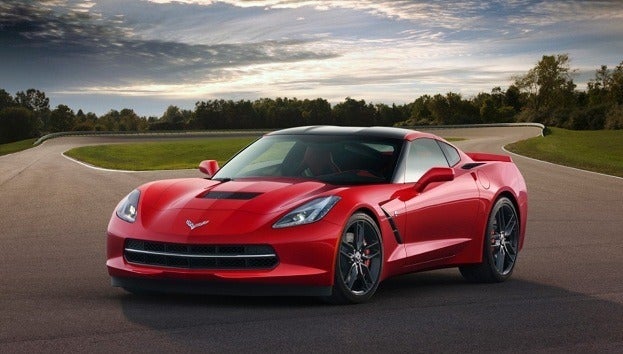 A neglected area of the sports car in past redesigns of the Corvette has been the rear portion. On the 2014 Chevrolet Corvette Stingray, the vehicle is quite willing to give its followers a look at something very brilliant. From front to rear, the new Chevrolet sports car is aerodynamically balanced machine intent to live up to its appearance.

Besides looks, the 2014 Chevrolet Corvette Stingray is a standout structurally. The seventh-generation car will incorporate carbon fiber to a degree not seen before in the base trim Corvette. Taking lessons from the current Chevrolet Corvette ZR1, a carbon fiber hood, roof panel and fenders will be worn by the 2014 model year Corvette Stingray. Configured to help deliver close to 50/50 weight distribution, an aluminum frame is hydroformed as the basis for a road and raceway handling package.

Riding on a four-wheel double wishbone suspension system, the 2014 Chevrolet Corvette Stingray manners can be adjusted by a Driver Mode Selector knob on the center console. An electronic limited-slip differential, integral brake and a host of cooling enhancements including a dry sump oiling system can be ordered with the 2014 Corvette Stingray’s Z51 Performance Package.

Detailed prior to the 2014 Corvette’s launch, Chevrolet’s new 6.2 liter LT1 V8 engine can finally be seen in its new habitat under the carbon fiber hood. Producing 450 horsepower and 450 pounds feet of torque, the rear Michelin tires of the new sports car will definitely receive a workout when the accelerator is pressed.

In addition to noteworthy performance, the LT1 engine’s latest technology such as variable valve timing, direct injection and Active Fuel Management disciplines gasoline usage for greater mileage per gallon. When EPA fuel economy is announced for the new car, expect it to exceed the current Corvette’s highway range of 26 miles per gallon.

A six-speed automatic gearbox will be offered as well as a brand new seven-speed manual transmission. The seven-speed manual includes an Active Rev Matching technology that acclimates engine speed and anticipates shifting for greater performance. In peak trim, the 6.2 liter LT1 V8 equipped Corvette Stingray is predicted to deliver acceleration from 0 to 60 miles per hour in a mere four seconds. 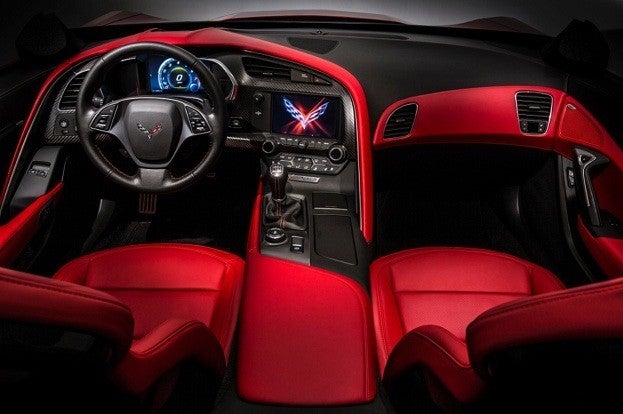 Chevrolet Corvette interior designs had received a fair amount of criticism in previous generations with occasions where cost cutting produced less than world-class accommodations. The seventh-generation Corvette Stingray is most definitely not a compromise to a robust exterior.

The two-seat cockpit of the 2014 Chevrolet Corvette Stingray is performance car-worthy with quality leather trim featuring the use of actual aluminum and carbon fiber accents. The interior workmanship combines the latest technology allowing the driver to engage with modern performance motoring.

A pair of eight-inch screens makes up the instrument panel as well as the center console display of the 2014 Corvette Stingray. Both displays can be configured to suit the driving or the attitude of the motorist wheeling the Chevrolet sports car.

Debuting in public presence at the 2013 North American International Auto Show in Detroit, there’s no doubt the high-performance vehicle will be a darling to crowds. The first production examples of the 2014 Chevrolet Corvette Stingray is slated to roll from the Bowling Green, Kentucky assembly line ahead of the summertime release for sale. 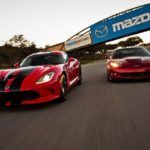 Previous
Battle of the American Supercars: Viper vs. ‘Vette 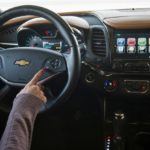