As part of a current automotive trend, even luxury carmakers have been embracing downsized entries for the North American marketplace. Recently dubbing themselves officially as “The Lincoln Motor Company”, Ford Motor Company’s premium vehicle line-up has been holding out for a small car to better introduce buyers to their long-standing but overlooked charm.

The plans for a small Lincoln have been part of the Ford luxury brand’s aspirations since 2010. Originally, it seemed that Lincoln would add a C segment car to their line-up before the end of this year. However, those reports appeared to have been cancelled through last year despite the appearance of the Cadillac ATS and the proposed arrival of the Mercedes-Benz’s B-Class in the United States. At the 2013 North American International Auto Show, it becomes apparent that the small vehicle plans appeared altered rather than abandoned in its entirety. A compact crossover design study (at least for now), the Lincoln MKC Concept is set to show the brand’s luxury on a reduced physical scale.

Lincoln Motor Company recognizes the small luxury crossover class as a quickly expanding market. Executive vice president of Global Marketing, Sales and Service of Lincoln Jim Farley defines the purpose of the MKC Concept by saying. “We are reinventing Lincoln by focusing on the largest and fastest-growing segments of the luxury market, while offering clients something different,” 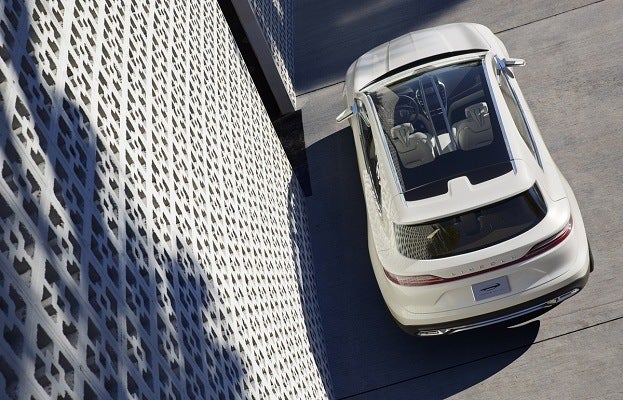 Despite the compact crossover dimensions, the Lincoln MKC Concept makes the most of the division’s more robust styling DNA. Gaining inspiration from the MKZ use of body contours, the more aggressive front grille, rear vent-style window and the body-sculpted lines towards the tail lamps are the most apparent design cues borrowed for the crossover concept. The Lincoln MKC Concept appears more embellished other production products from the brand when identifying the highly defined hood and the sporty side rocker panels. A set of 20-inch wheel spin on the MKC Concept crafted in a style expressing luxury and performance.

The MKC Concept incorporates a large glass roof that brings natural light into an airy, spacious cabin. Combining colour tones, natural wood and chrome metallic accents, the MKC Concept’s interior produces a premium quality feeling that would put almost any occupant at ease. The Lincoln MKC Concept crossover’s seating layout for four adults presents the additional serenity of premium leather upholstery. Even the cargo area of the Lincoln MKC Concept is given the high-end treatment decked in soft leather. In respect to driving dynamics, gear shifts traditionally done with a lever in the center console is processed through push-button controls on the steering wheel. The shifter controls on the Lincoln MKC Concept crossover revisits ahead-of-its-time technology part of the 1958 Edsel. The Short-lived Ford brand featured a shifting control called Teletouch similar to what is now part of this Lincoln concept vehicle 55 years later. Existing as a design study presentation for the North American International Auto Show in Detroit, there is yet to be mention of powerplant candidates for the Lincoln MKC Concept. The four-cylinder line of EcoBoost engines seems to be the natural guess.