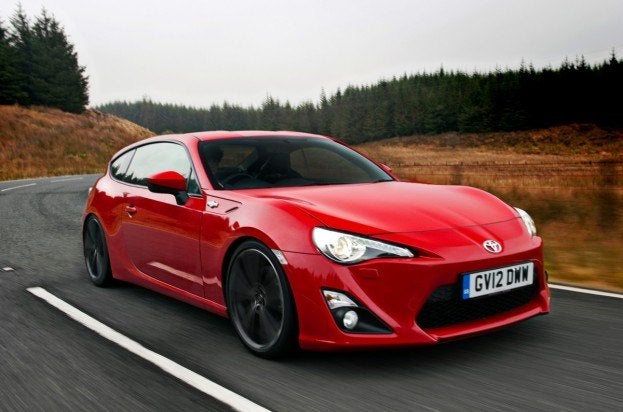 If you judge a car’s sticking power by the amount of speculation, modifications, renderings, and overall “chit chat,” Toyota’s managed to create a knock-out with their new GT86 sports car. Who wouldn’t love it, anyway? Not only is it Toyota’s first real sports car in over a decade (nearly two, really,) but it’s a damn good one no matter who made it. Yeah, it might be a bit underpowered on paper, but talk to anyone who’s driven it and they don’t care. After all, check out Luke’s review and competitive analysis of the GT86’s sister car, the Subaru BRZ.

Our pals over at Car Throttle, who named the GT86 2012’s Car of the Year, just sent us these high-res renderings of what they’re calling the Toyota GT86 Shooting Brake – a modification of the sexy coupe’s body to make it a bit more…practical. Take a look: So what are the changes? Here’s what they’re thinking:

Well, it could just make a new baby-daddy a happy man, not having to give up his dreams of a peppy RWD sports car just because he’s a family man. After all, even Ferrari’s doing it with the FF. With a slightly higher price tag, that is.

Our take? It might work in Europe; Toyota’s name is synonymous with practicality, and with Britain’s love obsession with hatches and getting the most storage space and fuel economy for the pound.

But don’t expect to see it any time soon in the States. First, this car is branded as the Scion FR-S for us, which means it’s a slightly different car with a slightly different purpose. Scion is a young and hip brand. While you’d think the target market would be spot-on for this car, I don’t think they’d sell many Scion FR-S Humpback Editions. There’s also the fact that there are plenty of other editions on the way. We know a high-performance version is in the pipeline – probably sporting a turbocharger and getting 250-ish HP (hopefully closer to 300) – and we can’t stop talking about it. Subaru will most like be calling theirs the BRZ STi, appropriately. We also know that they’re working on a Scion FR-S Convertible. Just like any sports car ever; like it or not, a convertible version is inevitable. We expect Toyota to have the GT-86 Convertible on display at the Geneva Motor Show this year, which we’ll be covering live.

Cool idea, and I think Toyota could explore this area. But for god’s sake, let’s get that turbocharged version out first, stat!