Next Jaguar XK To Move Up In Size, Price

The Jaguar XK has been on the market for quite some time; it was first shown off at the 2005 Frankfurt Motor Show. Jaguar has been through a lot since then; a sale to India’s Tata Group and a renaissance that began with the XF sedan.

Since its introduction, the XK has only gotten better through continuous improvement. It got a second lease on life when the XKR-S was introduced, and since then the car’s sales mix has skewed toward the upper end of the market. Models like the Artisan have been introduced that are aimed at higher-end customers. 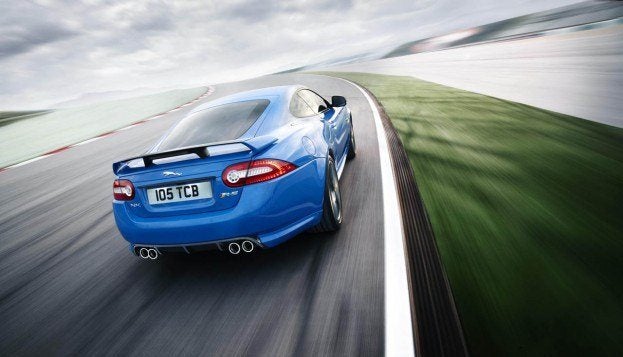 There were a few questions about the XK’s future when the F-Type debuted. The two are pretty similar in size and pricing, but the F-Type is not a replacement for the XK. What’s next for the XK? Jaguar Design Director Ian Callum (the designer of the current XK) spoke to Autocar about just that. “It could grow into the luxury market, and grow in size,” he said. “Whether it stays the same as a two-plus-two or becomes a two-plus-more-than-two has not been committed to yet.” Prior to the F-Type the XK had to serve two roles: luxury GT and sports car.

Arrival of the F-Type as a sports car frees the XK up to be more of a luxury coupe – maybe more in the Bentley Continental GT vein. This increase in size would also bring a bigger price tag. Callum says Jaguar is currently “going through a lot of discussion” about the XK’s future. A top-end luxury XK has our support. In other news, Callum refused to be pinned down on an SUV, saying only that Jaguar is taking notice of their popularity. Regarding the XJ, Callum says it will remain in its current format. “I think the market [for full-size sedans] will come back,” he said. “We’re strong in China and big cars are also always going to be popular in the US.” Hopefully the new XK isn’t too far around the corner.