When a Manufacturer Suggested Retail Price is announced – it is just that, a suggested retail price. Under franchise laws, dealers don’t have to follow this price. Most of the time that is the case; when a car is hot, the dealers often jack up the price.

We’ve seen this time and time again – it is called a “market value adjustment.” In other words, the laws of supply and demand are dictating these ridiculous prices. Many dealers are short-sighted when trying to pull this on long-time customers, but hey, it’s their right.

Manufacturers often aren’t happy with this and will sometimes resort to some punitive (but unofficial) measures against the deal. A member on Twitter spotted this happening with the Toyota Prius C. We recently ran an article on the car’s sales figures, which are off to a great start. 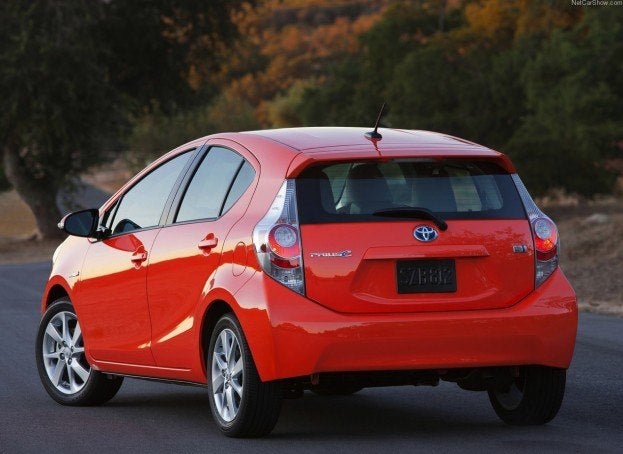 Here and around the world, the car is in high demand. Toyota dealer Al Hendrickson in Miami, Florida, is well aware of this. Its “adjustment” dings the cash register at $6,995 extra, seven grand of pure profit that brings the car’s asking price to $27,834, sailing well past the standard Prius.

Does anyone actually pay that? Who knows. It would take a pretty, let’s say….uninformed buyer to shell out that amount of cash for the Prius C.

This only proves the car’s torrid sales pace, though. Automotive News reports that Toyota is looking into boosting production at the Prius C’s plant in Japan. It is currently slated to produce 30,000 cars a month, with 6,000 destined for the United States. In the Prius C’s home market of Japan, the car has already logged a staggering 120,000 orders.

Currency exchange issues with the yen against the dollar are causing Toyota to focus on building cars where it sells them. Despite that, Toyota is looking to boost capacity for the car. A number of measures, including moving production of other models elsewhere, should come online sometime in the middle of this year. That’s good because, with gas prices like they are, the Prius C will likely keep on selling at a good clip.