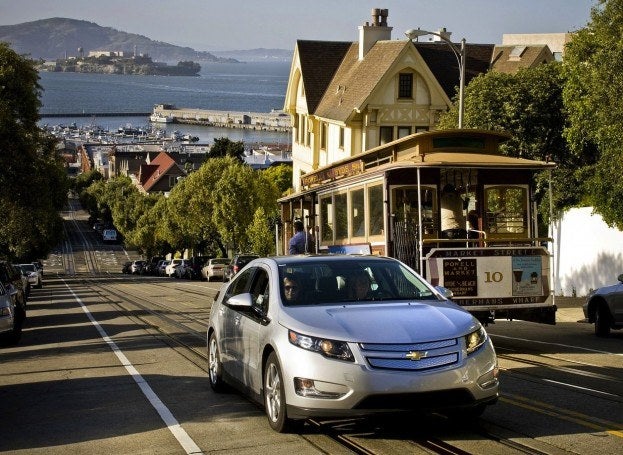 It appears the Chevrolet Volt is finally gaining some steam. Last month was the Volt’s best-selling month since launch. Chevrolet moved 2,289 units, the most ever for an electric vehicle. While demand was expected to be very strong, last year Chevrolet missed its target of 10,000 units. That is thanks to enduring some bad publicity. A strong contrast can be found in Europe, where the Opel Ampera is doing very well.

BMW and Mercedes-Benz buyers are trading in their cars for the Ampera, and dealers are having trouble keeping them in stock. With gas prices going up and some of the detractors being silenced, Chevrolet is hoping sales for the Volt in the United States will see a similar upswing. March was a strong sign of improvement. GMInsideNews has the scoop on updates to the 2013 Volt. One of the features of the Ampera that have thought is very useful is a mode called EV Hold. In Europe, penalties can be incurred for driving a gasoline vehicle in city centers during peak hours. If you’re in an electric vehicle, you can escape that. With high-speed freeways in between many of these city centers, the battery pack can be quickly drained at these speeds, leaving the engine to kick on during traffic. This is counter intuitive, and why the feature was developed for the Ampera. Now, given buyer feedback, the feature has been expanded to the Volt for 2013. Brilliant move given our freeway usage as well. It enables the car to be used in the most efficient way.

Also new for 2013 is the addition of a body-color rear lift gate and roof. The Volt, up until now has had this painted in black, giving a unique appearance. Technology wise, forward collision alert, lane departure and Chevy’s MyLink infotainment system have been added. Tweaks to be sure, but we think EV Hold will have big implications for the Volt’s efficiency if buyers use it right.