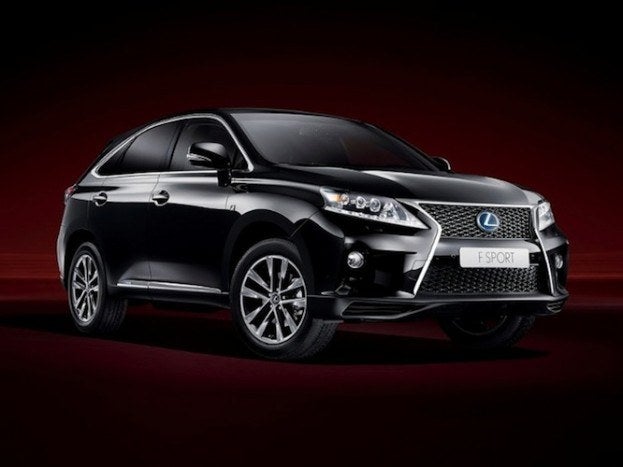 In the past, the Lexus RX 350 has been a vehicle that has been a nice luxury SUV that hasn’t been very exciting. It’s been a soft luxury vehicle and hasn’t offered much in the way of excitement and especially dull when it comes to performance. When Akio Toyoda, who is the top man at Toyota took over the company a few years ago, he said he wanted to bring a new culture to Toyota by infusing the brand with more performance. We are starting to see his vision for Lexus as he begins to transform the culture at the luxury division of Toyota.

The new 2013 Lexus RX 350 F Sport joins the family and is a good example of what Toyoda wants to do. The sporty new RX F Sport features a number of new performance enhancements that make the RX 350 exciting for the first time. The new F Sport crossover features an eight-speed transmission with paddle shifters and a sport-tuned suspension for quicker handling response.

From the first moment this test driver saw the new F Sport, I knew it would be a different ride. On the outside, the new F Sport features a front lower grille spindle that extends almost to the ground and sets it apart from the standard model. Upper and lower openings are filled with matching mesh; and cut lines around the fog lights are deeper and more dramatic. It also comes with 19-inch Dark Graphite wheels fitted with 235/55R19 performance tires. It has a muscular and almost intimidating stance. Once inside, the RX 350 F Sport AWD ($47,000) cockpit feels much sportier than any previous RX model. The black leather seats are highlighted with white contrast stitching, and it features sport perforated aluminum pedals. The F Sport three-spoke steering wheel with paddle shifters is the next thing that points to its sporty character. This driver has never gotten excited about driving a Lexus RX, but I could tell that was about to change.

The F Sport still comes with the same 3.5-liter V6 powerplant with 270 horsepower and 248 lb ft of torque, but it’s mated to the F-Sport eight-speed automatic with paddle shifters. The F Sport only comes in all-wheel-drive and Lexus says the RX 350 can accelerate from 0-60 mph in 7.7 seconds with front-wheel drive, 7.8 seconds with all-wheel drive, so there’s little loss in performance with AWD.

The difference in performance in the F Sport can be felt with the eight-speed paddle-shift transmission, firmer springs and shocks, and structural reinforcement at the rear. The sportier F Sport handles well in the corners and had enough power to motivate well up the mountain at altitude west of Denver. The suspension is firm and those looking for a soft Lexus ride won’t like it. As with any Lexus vehicle, the cabin is exceptionally quiet, and the RX 350 F Sport is no exception. But the 19-inch wheels with V-rated tires do allow for more road input, and a little more noise and vibration seep through. The F Sport is designed for more performance oriented and spirited driving. If you like to drive aggressively, this is the model to choose. The only thing it lacks is more horsepower to better utilize the sport-tuned suspension. The 3.5-liter engine is fuel-efficient and gets an estimated 18/26 city/highway mpg. Look for Lexus to offer a more performance oriented F Sport V6 in the future. At least Lexus is moving in the right direction with the brand and the new F Sport is the first step.

The rear seat can accommodate three and has a 40/20/40 fold-down split. One or both seatbacks can be released from behind, while loading cargo, eliminating the need to walk around to the side of the vehicle. The rear seats also have a fold-down center console with a covered wood grain cupholder and separate covered storage compartment. Cargo room behind the rear seats is 40 cubic feet, enough for hauling plenty of family cargo. 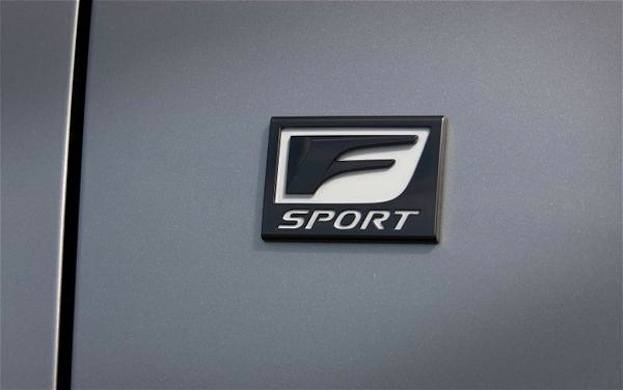 Choosing the F Sport is now the only way to get the VDIM system on the non-hybrid model. VDIM is a safety system that looks at steering, braking, throttle and motion sensors in the cabin to predict what will actually happen, compared to what the driver is asking for. If the system senses a discrepancy, the system intervenes and selectively brakes individual wheels to correct the path of the car. Most driver’s won’t even know the system is at work, and would require driving on a race track to feel how it works. It’s an expensive system, but it works well.

The optional heads up display is worth the extra $1,200 and makes sticking to the speed limits much easier. The bright white, high-contrast numbers are easy to read, even heading into sunlight. It’s possible to move and project the display anywhere on the windshield for the driver to see easily.

The F Sport definitely delivers a more engaging driving experience with its eight-speed paddle-shift transmission and sport-tuned suspension. But the firmer suspension, bigger wheels, thinner tires and tighter damping tend to compromise Lexus ride quality. But the 2013 Lexus RX 350 F sport is a good choice for those looking for a European sport SUV feel. It’s definitely a move away from the traditional boring soft Lexus ride. 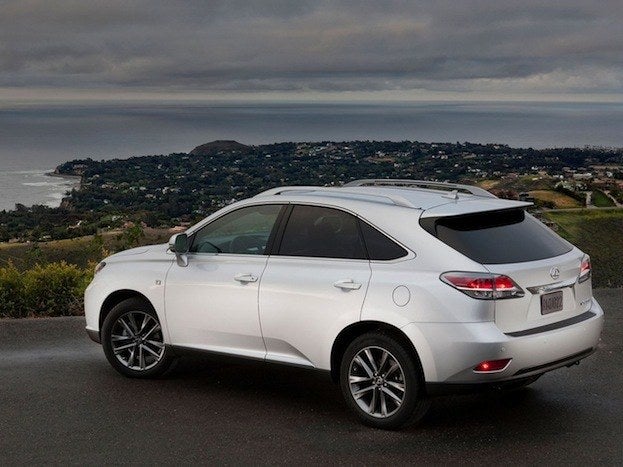