2012 has been a great year for Hyundai – if not in the public relations department, than in sales for retail customers. A lot of coverage of the brand in 2012 has been dominated by the fuel economy adjustment debacle.

In July, a California man filed suit against the company over what he alleged were misrepresentations of fuel economy figures by the Environmental Protection Agency. That turned out to be the case, and a class action settlement was negotiated. Hyundai is currently in the process of reimbursing customers affected by the debacle, and they say that customers are very happy with the way the company has handled the issue so far. The thrust of most of the coverage has focused on the Elantra compact. Despite this the car has seen record-breaking sales this year. 2011 broke a record and now 2012 is on pace to top that. Earlier in the month the Elantra passed the previous years total of 186,361 cars sold. Hyundai hasn’t released sales figures yet, but they say that car is on track to pass 200,000 units for the year. This would be a huge development for Hyundai, as reaching that barrier is a significant milestone.

Until now, only one car in the Hyundai stable has reached that figure – and that is the Sonata sedan. To keep up with demand earlier this year, the company added a third shift to the plant in Alabama. There’s no doubt that the Elantra is one of the most competitive models in the segment – in design, efficiency and quality. To our eyes, it best wears the company’s fluidic sculpture design philosophy.

Right now the company is moving away from that on new models, in favor of a new approach called storm edge. The Santa Fe crossover at the Los Angeles International auto show was one of the first vehicles to debut this. According to John Krafcik, Hyundai Motor America Chief Executive Officer, the company is looking forward to another huge year in 2013. 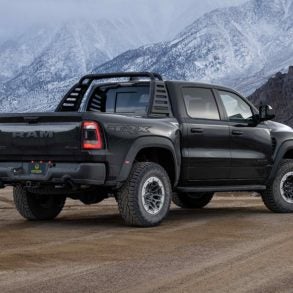