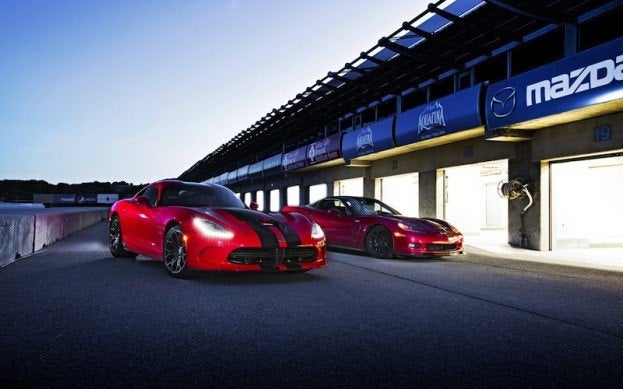 As far as American supercars go, there has basically been two longest-running ones from mass market manufacturers are the Chevrolet Corvette and Dodge Viper. Most of the automotive world has already turned their attention to the much-awaited Chevrolet Corvette C7, due at next month’s North American International Auto Show.

The current Corvette C6 has been on the market since 2006 and is nearing the end of its life cycle. Motor Trend decided to think out of the box though, choosing to pit the all-new 2013 SRT Viper against the much-older Chevrolet Corvette ZR1. Easy winner, right? Not so. 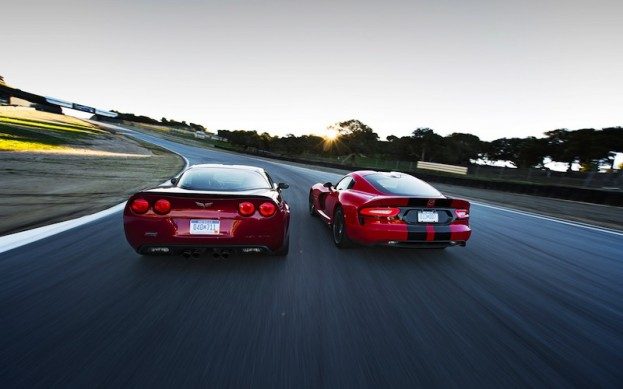 You’d think this test would highly favor the SRT Viper given that it is brand-new. It didn’t quite work out like that though, and SRT boss Ralph Gilles isn’t happy about it. MT decided to pit the two given that their specifications sheets are matched very closely. We’d never realized it, but the new Viper and older Corvette ZR1 are just 2 horsepower and 4 pound-feet of torque apart. The Viper comes in at 640 hp and 600 lb-ft while the ZR1 posts 638HP and 604 lb-ft. What’s more is that they have an identical power-to-weight ratio.

As part of the test, MT put race driver Randy Pobst behind the wheel of the two cars at Laguna Seca. At the track Pobst piloted the Viper to a 1:35.77 time. Impressive, right? Absolutely – it is better than exotics like the Ferrari 458 Italia. However, it is 2.1 seconds less than the 2013 ZR1’s time of 1:33.70. That time is good enough to set a new lap record at the track, besting the previous time of 1:33.99 set in a Dodge Viper ACR. After the test was completed, Gilles posted on Twitter his frustration. “We’ve tested both cars at several tracks and never seen a gap like that” he said. He also took aim at Probst and the MT crew:”Randy has always struggled with the Viper….raise your game and you’ll find the last 10 percent.” Nothing like some competition eh? This is far from the last word on the issue – we’re sure to hear more from the SRT camp in the near future.