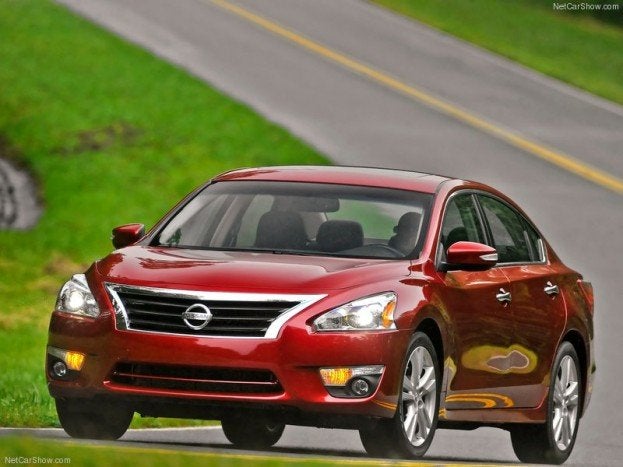 The Nissan Altima has been a sleeper success in the mid-size segment. While the redesigned 2013 Toyota Camry, 2013 Ford Fusion and the Hyundai Sonata have gotten a lot of attention, it hasn’t as much until its recent redesign. The previous car rose up to sales ranks to become the second-best selling passenger car in the United States.

The 2012 model wasn’t terribly competitive, but the 2013 has changed things up significantly. The new model borrows its styling heavily from the more expensive Maxima. The 2013 Altima looks much more substantial on the exterior and improves things in the areas that really matter to customers – such as fuel economy. While enthusiasts hate the Continuously Variable Transmission (CVT), NIssan has used it to great effect, and buyers are responding. The Altima is built at NIssan’s Smyrna Vehicle Assembly Plant in Tennessee. This year the company has announced the passing of a critical milestone. Since being introduced in 1992, the Altima has sold over 4 million units. The 2013 redesign has also helped set a new record for Altima sales in a calendar year. The previous record was 284,762 units back when the economy was booming in 2007.

Digging more deeply into the details tells a good story as well. 25 percent of Altima buyers in 2012 were former owners of Toyota or Honda vehicles. Also, 11.6 percent of buyers traded in a premium brand. In addition, transaction prices (key to profitability) are on the rise as well. We wouldn’t be surprised to see another record set next year as well. That’s because the redesigned Altima just went on sale in August. The Altima is Nissan’s best-seller, and some in the industry think it could one day overtake the Toyota Camry. If anyone could do it, it would either be Nissan or Ford with the Fusion. 2013 seems like the perfect situation too, given the fact that these models are so new. We’ll see if negative news like recalls and poor crash test data, will have any impact on Toyota’s sales.