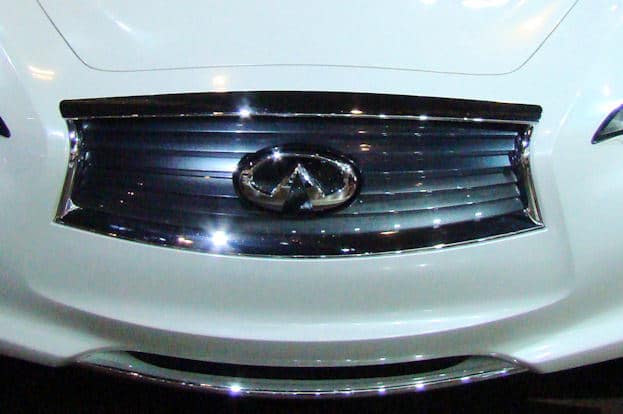 Past the midway point in the month of December, we enter into two unofficial seasons delivering several surprises. Firstly, Christmas brings the opportunity for friends and family to surprise every other with tokens of generosity. The end of the year is also the time leading into some of the globe’s highest profile auto shows reveal carmakers eager to express their latest corporate philosophies heading into 2013 and beyond.

Ahead of an introduction of a their newest luxury sports sedan at the 2013 North American International Auto Show in Detroit, Nissan’s premium car division Infiniti has rolled out a brand-wide repositioning of their vehicle line-up empathizing the letter “Q“ starting in 2014. For 2014 cars, the “Q” will stand alongside a double-digit number (for example Q50 or Q70) while crossover vehicles will be similarly ranked with a “QX” branding. President of Infiniti Motor Company Limited Johan de Nysschen explained the new effort as a way to simplify their image. “Over the past few months, we have talked at length with our retailers, our customers, and our business partners about our brand. The need for a new identity and direction to promote consumer familiarity with our model range as we expand the portfolio became evident. To achieve this, we clearly needed a simple and consistent nomenclature framework.”, said de Nysschen. Without doubt, the last time a single name attached to the letter “Q” was when the late Desmond Llewelyn provided gadgets to James Bond over the course of 17 movies. Many astute luxury car owners would notice Infiniti does not have the market cornered on the letter “Q”. Audi has been selling a Q7 crossover vehicle since 2007 in the United States with Q5 and now a smaller Q3 model also available. It appears, in the case of automotive fashion, “Q” is the new “X”.

Despite possessing a purpose to draw a higher income niche with unique, standout vehicles, the luxury car market has evolved to a point where actual model names are no longer welcomed. Slanting towards alphabetic, numeric or a combination to identify their premium products, we have even accepted American luxury brands such as Lincoln and Cadillac abandoning proper names for almost all models. Able to allow luxury car marques to integrate with ease within crucial international markets and transcend languages, German luxury car companies as well as Japanese brands have uncovered the secret of alphanumeric identities for a long time.

In utilizing the “Q” throughout their model line, Infiniti is reconnecting with its roots. In 1989, a four-door luxury vehicle called the Infiniti Q45 gave the United States its first impression of the Japanese idea of sophisticated travel. As Infiniti approaches 25 years of age in 2014, the return of Q could be as pleasing as it was in the James Bond movie Skyfall.