Automotive outlets are always looking for clues about the next new model. Whether it be hints dropped by executives, inside sources, or spy shots, enthusiasts eagerly lap up detail. Lately though, people have been scouring the United States Patent and Trademark Office for details about future product naming.

And not only that, but renderings have also surfaced that depict vehicles designs. A few days ago, it was reported that Chevrolet filed trademark renewals for the El Camino and Nomad nameplates. This sparked a firestorm of speculation about what new products these names will be affixed to. A few years back Chevy showed a new concept using the Nomad name, but it never went anywhere. 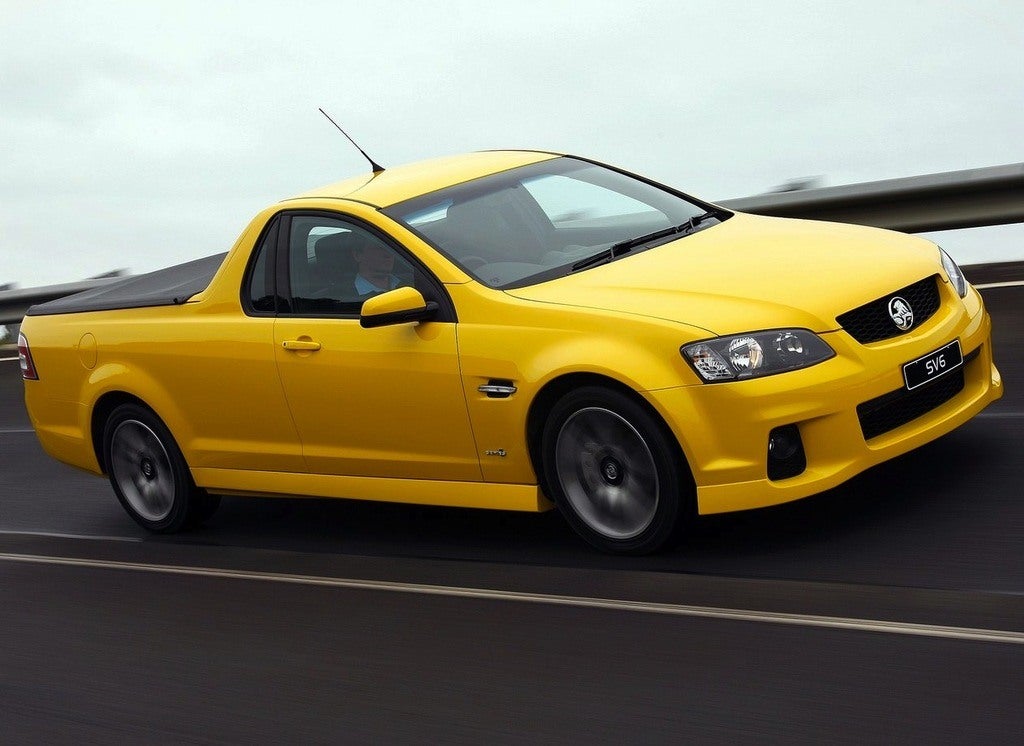 Bringing it back, like the El Camino, seems like an interesting niche idea. Following the news reports that were generated based on the filing, Automotive News reports that Chevy says that these are routine filings just to secure these nameplates. Automakers often do this to avoid someone else from snapping up the name.

There have been two high-profile examples of this in recent years, and both regarding Ford vehicles. First Ford wanted to use the GT-40 name, but found out it was owned by a company selling parts.

Secondly, Ford’s products planners opted for the Futura name for the company’s mid-size sedan. Thanks to Pep Boys’ ownership of the Futura name pertaining to tires, Ford was unable to use it. This forced Ford to come up with a new name – Fusion. Despite Chevy’s denials of both names, there has been a lot of sources saying a new El Camino is under serious consideration.

The Holden Ute in Australia would make a perfect candidate and Holden is looking for extra production. Fans have shown a willingness to lap anything made by Holden, which has caused Chevrolet to bring over the Commodore-based SS sedan. Could the El Camino have similar fate? We’ll see.